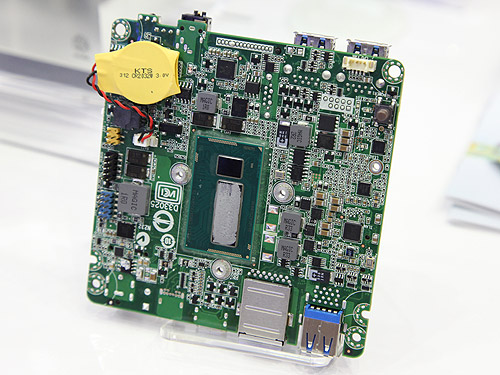 If you've always fancied small form factor desktop PCs for the purpose of using them as a HTPC (Home Theatre PC) or simply as a mini desktop computer, then Intel's NUC might be the solution you're looking for. Our review of Intel's NUC kit based on the Intel Core i3-3217U showed that it was a pretty decent performer when it comes to basic computing workloads although it wasn't exactly superb for gaming.

As a barebone unit, it presents itself as a convenient solution for enthusiasts who require easy access to the system internals using standard parts. However, due to its size which require smaller notebook parts that fit into its tight spaces, certain components could cost a little more than what you'll pay. Along with the price of the NUC kit itself, we found that you could end up with a rather costly desktop.

Still, the idea of computing with a powerful desktop that fits in the palm of your hand will not stop enthusiasts from purchasing the NUC. And we did mention that it'll only get better with Haswell and it seems that we'll get to see that happening soon.

Coming in the third quarter of this year, Intel will extend its NUC line-up to include the 4th generation Intel Core processor. Utilizing the highly integrated U-series processor for ultrabooks, the NUC's board is now one chip less but will pack more punch with its highly improved GPU and CPU performance. So for users who want something that they can game at full HD resolution, the NUC will be the perfect companion. HTPC users will also enjoy the prospects of using the NUC on new 4K displays as it does have the potential to support displays at that level of resolution.

Two versions of the NUC will be offered, one based on a more powerful Core i5 and another will come with a Core i3. The specifications are in the table below:- 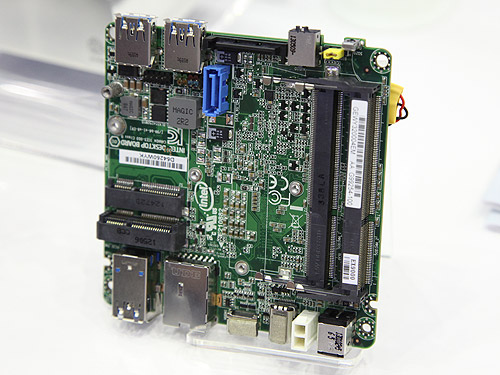 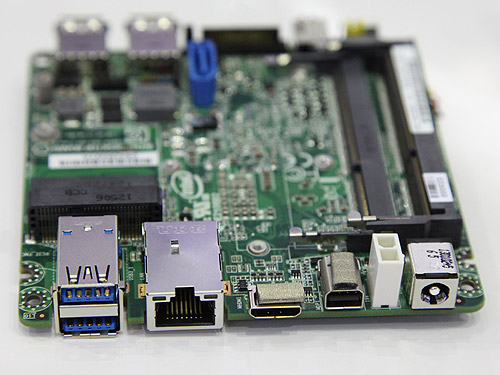 Join HWZ's Telegram channel here and catch all the latest tech news!
Our articles may contain affiliate links. If you buy through these links, we may earn a small commission.
Previous Story
OCZ Offers New PSUs and Will Streamline its SSD Offerings
Next Story
Antec Announces New a.m.p. Wireless Speaker Products at Computex 2013