It's a big day for Intel. Alongside it's new Tiger Lake processors, the chip giant also unveiled a new logo that's more minimalist.

Interestingly, this is only the third logo that Intel has ever used. And clearly, this new logo is much simpler and less fussy as it eschews the familiar circle that enclosed the brand name.

Intel also said that it will release a "modernised version" of its iconic five-note bong later this year to complete its new look. 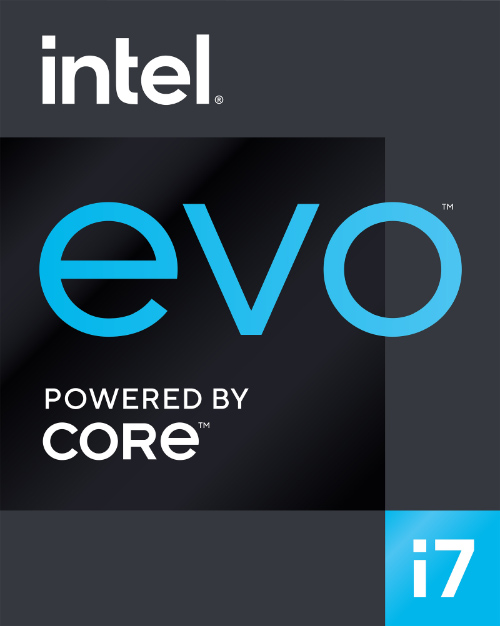 Finally, Intel also announced its new Evo platform, which is an iteration of its Project Athena certification program but now with a proper marketing name.

What it means for customers is that notebooks that are branded Intel Evo will meet certain standards of performance and experiences that are even higher than that of original Project Athena program, which is now coined as Project Athena Second Edition and bears the Evo marketing brand name.

For example, the key experience markers for Evo notebooks with Full-HD displays will have to be able to provide over 9 hours of battery life in "real world" usage on a single charge. They must also be able to fast charge (four hours usage in 30 minutes of charging), wake from sleep in under a second, support Wi-Fi 6, and also Thunderbolt 4.

An Intel Evo certified notebook will also have to deliver certain performance and build requirements as well such as requiring an 11th generation Core (Tiger Lake) processor with Intel Iris Xe graphics, among others:- 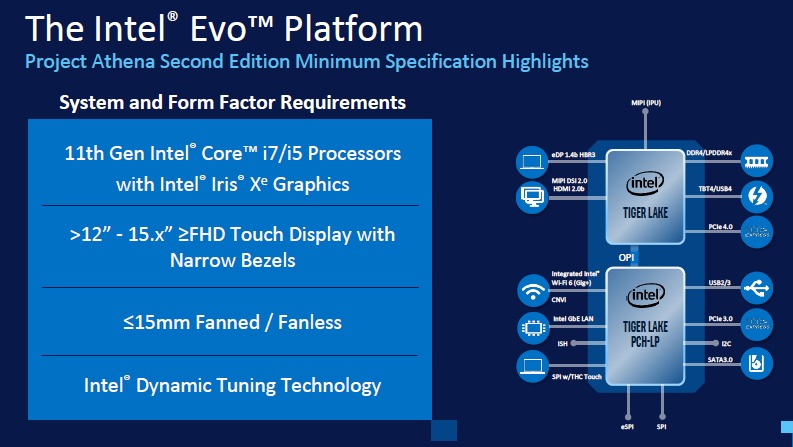 The whole idea is to give customers the confidence that any notebook with the Evo branding will be able to provide a great experience – something that Intel has been trying for numerous years with many branding initiatives.

According to Intel, over 20 Evo-certified notebooks will be available later this year.

Join HWZ's Telegram channel here and catch all the latest tech news!
Our articles may contain affiliate links. If you buy through these links, we may earn a small commission.
Previous Story
It’s official, Intel finally announces its 11th generation Tiger Lake processors
Next Story
Adidas is partnering with LEGO to make a special pair of sneakers