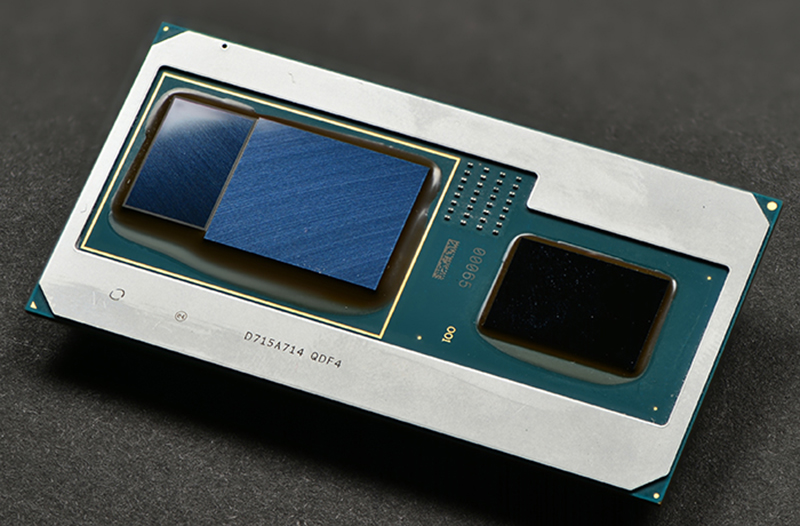 Intel and AMD's collaboration on the former's Core G-series mobile chips with Radeon RX Vega graphics may have made a few waves when it was first announced, but they're now being killed off with nary a peep. A Product Change Notification published by Intel on Monday confirms that every Kaby Lake G processor is being discontinued, with final shipments scheduled for 31 July, 2020.

Here's a list of all the processors that have officially been listed as end-of-life:

However, Kaby Lake G drivers are only available direct from Intel, so existing owners might worry about being left out in the cold. Fortunately, the chipmaker says it will stick to its usual policy and provide driver support for the chips for five years from their original launch date, which translates to roughly 3.5 years more of driver updates.

That said, the processors haven't been adopted by many laptops, so most folks are going to be unaffected by this news.

The Core G-series processors were Intel and AMD's way of challenging NVIDIA's dominance in laptop graphics, but with Intel's ongoing work on its own high-performance Xe graphics architecture, a collaboration with a rival like AMD makes less sense. Furthermore, Intel intends to make Xe available on a wide range of devices, ranging from ultrabooks to dedicated graphics cards for desktops and servers.

In the meantime, Intel has made good progress on its own integrated graphics as well, and its Iris Plus graphics in its new 10th Gen Ice Lake chips provide pretty decent performance on ultrabooks.

Intel also provided the following statement to PCWorld, which seems to suggest that it may simply not need AMD's graphics technology anymore:

Intel is refocusing its product portfolio. Our 10th Gen Intel Core processors with Iris Plus graphics are built on the new Gen11 graphics architecture that nearly doubled graphics performance. We have more in store from our graphics engine that will bring further enhancements to PCs in the future.