At IDF 2014 Shenzhen this morning, Intel CEO Brian Krzanich demonstrated its first mobile SoC silicon, just 4 months after adding it to the ultra-mobile roadmap. Showing a packed ballroom filled with Chinese developers, Krzanich showed that its first silicon is ready for prime time as he held up a working smartphone running on the latest SoC built for entry and value smartphones and tablet. 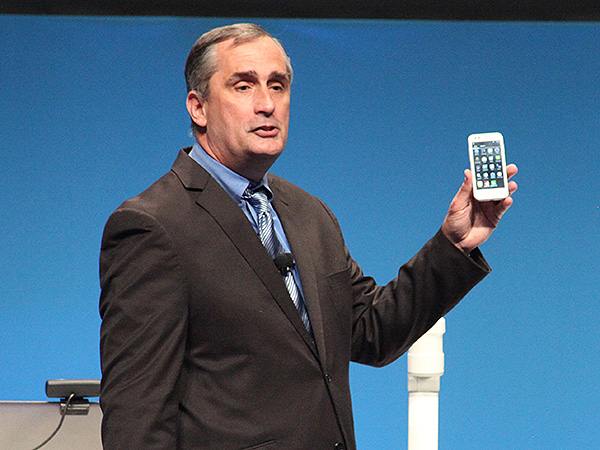 The SoFIA family of integrated mobile SoCs comes integrated with a 64-bit Intel Atom processor as well as wireless and 3G radios. Although just offering basic features, the SoFIA 3G platform will give Intel the opportunity to enter the value market segments as well as China technology ecosystems.

The Intel SoFIA 3G platform is on track to ship to OEMs in the fourth quarter of this year. Krzanich also confirmed that Intel is currently working on a 4G version of the SoFIA platform.

In addition to that, Intel demonstrated their latest XMM 7260 LTE modem that they have developed and actively engaged with China telcos to ensure its compatibility with its mobile protocols. Meeting the five-mode requirement of China Mobile with support for TD-LTE and TD-SCDMA, the new XMM 7260 LTE modem is slated to be commercially available in the second half of 2014. The new modem solution is Cat 6 compatible, delivering up to 300Mbps of bandwidth with carrier aggregation enabled. 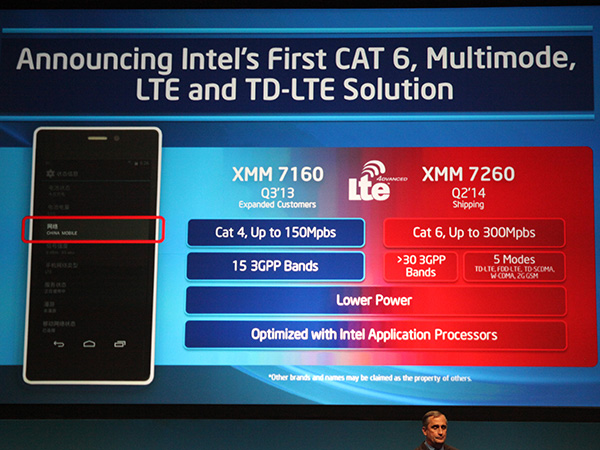 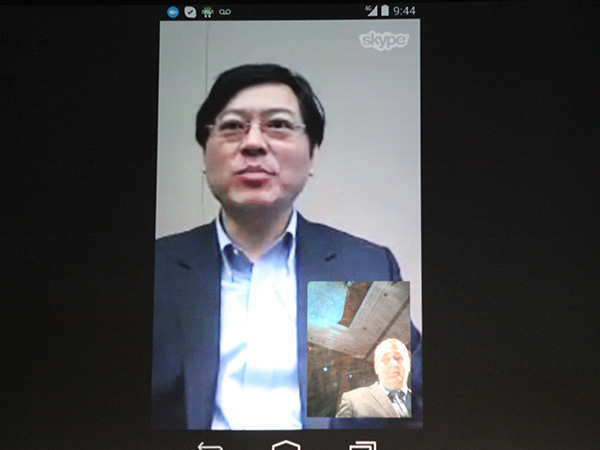 Join HWZ's Telegram channel here and catch all the latest tech news!
Our articles may contain affiliate links. If you buy through these links, we may earn a small commission.
Previous Story
Microsoft Unveils Windows Phone 8.1
Next Story
Intel to Focus on the Internet of Things