The last enthusiast SSD model was the Intel SSD 730 series and didn’t quite fare as well as the stiff competition. This time round, Intel’s SSD 750 series is designed for very high throughput performance and extra low latency thanks to the third generation Intel controller, optimized for the NVMe protocol to take advantage of the ultra fast PCI Express interface. The 750 Series will use Intel’s latest generation 20nm MLC NAND chips to offer two drive capacities - 400GB and 1.2TB.

To alleviate the bottlenecking performance of SATA 6Gbps, the Intel SSD 750 series will be offered in a half-height half-length PCIe add-in card that’s designed to take advantage of a PCIe x4 Gen.3 interface. Since most enthusiast platforms like the Intel Z97 only support 16 lanes of PCIe Gen.3 from the CPU, to drive the Intel SSD 750 to its fullest capacity, it’s best to pair it with an Intel X99 platform whose CPU provides up to 40 lanes of PCIe Gen.3 - this is adequate to power an SLI or CrossFire setup and then have some lanes left over to be dedicated to the SSD 750 series PCIe SSDs. 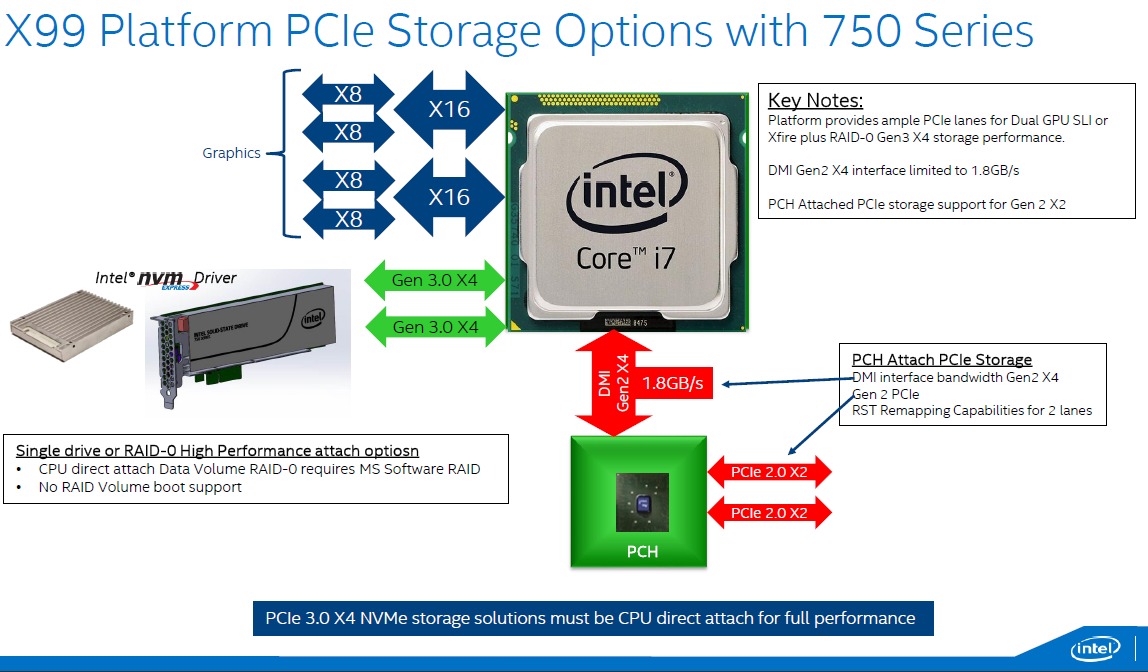 To accommodate smaller form factors, the Intel SSD 750 series will also be available in in a more familiar 2.5-inch drive form factor. However, it will not be using SATA connectivity and will interface with Mini-SAS. It will use a SFF-8639 PCIe connector interface on the 2.5-inch drive side and while the SFF-8639 is mechanically compatible with a SATA Express device plug, Intel has iterated that the drive will not work with SATA Express boards. SATA Express could only take advantage of two PCIe lanes, but the SFF-8639 connector is able to make use of four PCIe lanes through a different electrical pinout.

Intel will be bundle in a SFF-8639 to a SFF-8643 cable converter (with a SATA power plug-in requirement) to plug onto the motherboard. Since the SFF-8643 is a Mini-SAS HD connector, the 2.5-inch drive option is likely only compatible with very high performance enthusiast motherboards that have SAS connectivity onboard. SFF-8643 connector was chosen so that it can support up to 12Gbps throughput. 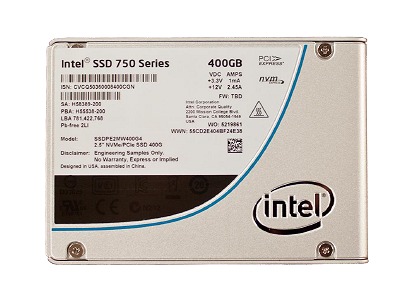 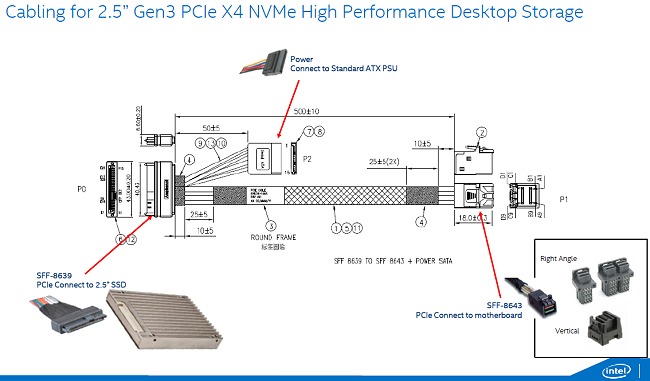 Whichever drive format you choose to employ, both offer the 400GB and 1.2TB capacity points, use the same controller and NAND chips. As such, Intel assures us that performance will remain identical in both form factors. For those wondering how Intel arrived at these capacity points, taking the 1.2TB drive, Intel has 86 NAND die chips for a total raw capacity of 1352.9GB. Of them, two dies are used exclusively for XOR redundancy (so that user data can be recovered in the event of a single die failure), while the rest of the spare area is used as "swap space" to enable the drive to perform wear leveling and other activities that contribute to the excellent product reliability. Here then are some of its vital performance stats and some benchmark performance from Intel:- 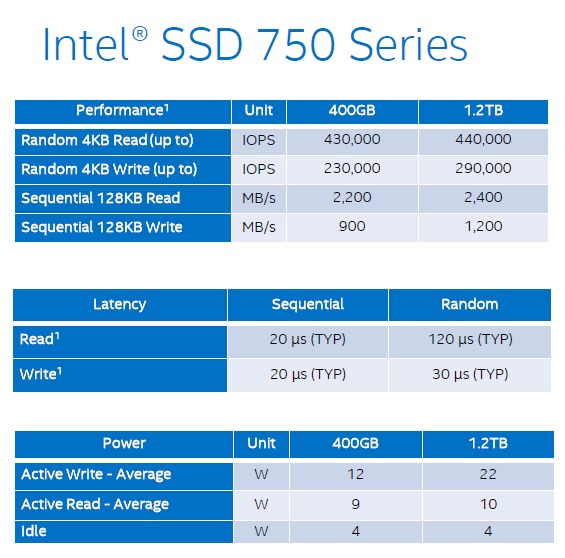 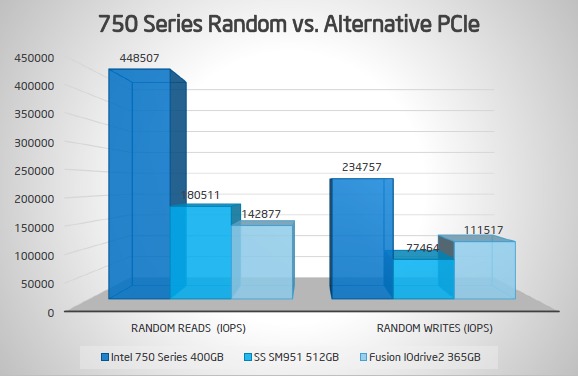 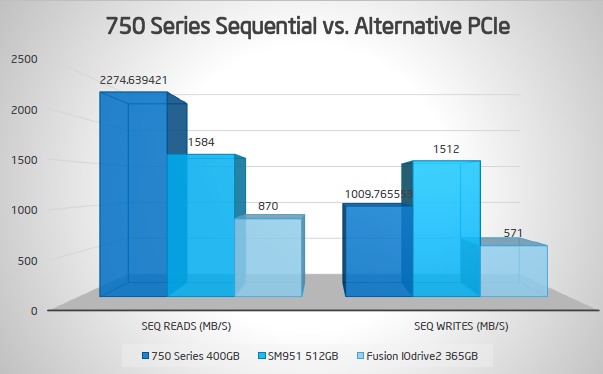 Last but not least, the Intel SSD750 series will be available from April 2nd in the USA with a suggested retail price of US$389 and US$1,089 for the 400GB and 1.2TB drives respectively (applicable to either form factors). There are no specific release dates for it locally, but expect it to eventually trickle down globally.

Compared to the recent news of Samsung's famed SSD 850 series coming in an M.2 interface (though still stuck using SATA 6Gbps controllers), or Kingston's HyperX Predator PCIe SSD card, Intel's SSD 750 series is technically notably better. Stay tuned for our review once we get hold of a drive for testing.

Join HWZ's Telegram channel here and catch all the latest tech news!
Our articles may contain affiliate links. If you buy through these links, we may earn a small commission.
Previous Story
Weekly Roundup: Galaxy S6, free Whatsapp voice calls, Xiaomi, Surface 3 and more
Next Story
HTC unveils the One M8s with 13MP rear camera and Snapdragon 615 processor