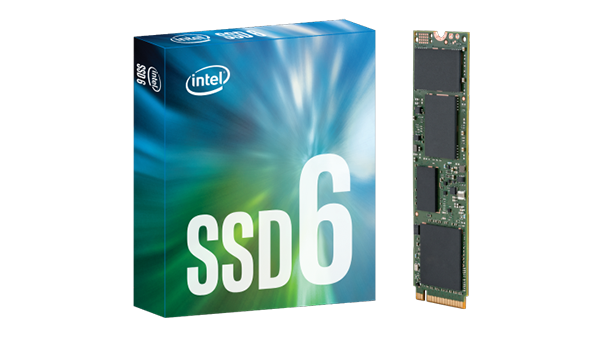 Intel has just announced a range of 3D NAND SSDs targeted at both client and enterprise customers.

The one that most readers will be interested in is the client-focused SSD 600p series. It comes in the compact M.2 form factor and supports the fast PCIe 3.0 x4 interface. It will use IMFT's 32-layer TLC 3D NAND.

For data center applications, Intel has prepared the SSD DC P3520 and SSD DC S3520. The former is designed for read-intensive applications, while the latter is better suited for more balanced workloads.

And finally, Intel also has embedded SSD solutions in the form of the SSD E 6000p series and the SSD E 5240s series. The former comes in a M.2 form factor, supports PCIe 3.0 x4 interface, and IMFT's 32-layer TLC 3D NAND. The latter is available in both 2.5 and M.2 form factors, but only supports the slower SATA interface. It also uses MLC 3D NAND.

Join HWZ's Telegram channel here and catch all the latest tech news!
Our articles may contain affiliate links. If you buy through these links, we may earn a small commission.
Previous Story
LG to demo Hybrid Log-Gamma HDR content on its OLED TVs at IFA 2016
Next Story
SanDisk releases new Dual USB Drive with Type-C port