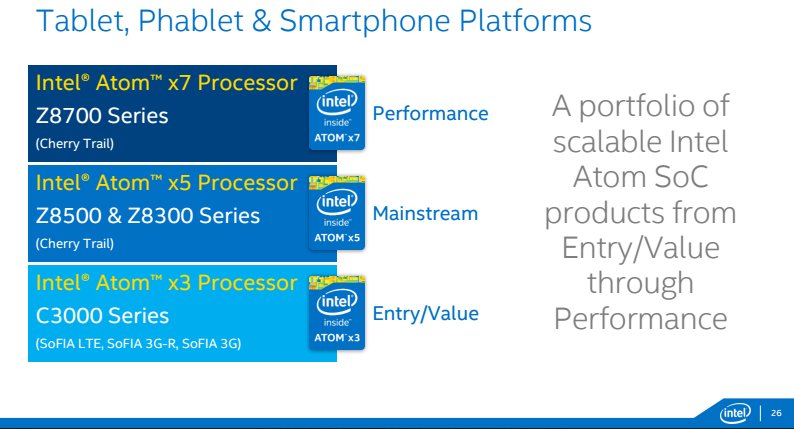 At MWC today, Intel announced a new family of mobile Atom chips that will come in three tiers, x3, x5 and x7, similar to the naming standard used by Intel's high-end Core processors. The new Atom systems-on-a-chip (SoCs) will make it easier for consumers to classify a device's approximate performance level, and will replace the uninformative naming of past Atom SoC models like the Z3580 and Z3735D.

The X3 range of chips are designed primarily for entry-level devices and will be available in 3 options: 3G, 3GR, and LTE. All three models will sport 64-bit processors, with the 3G model powered by a dual-core x3-C3130 1GHz processor, and both 3GR and LTE models powered by quad-core processors, with the 3GR's x3-C3230RK capable of clockspeeds up to 1.2GHZ, and the LTE's x3-C3440 going up to 1.4GHz. Both the 3G and 3GR models will be equipped with a 3G modem, while the LTE model will also be compatible with LTE Cat 4 and Cat 6 bands. 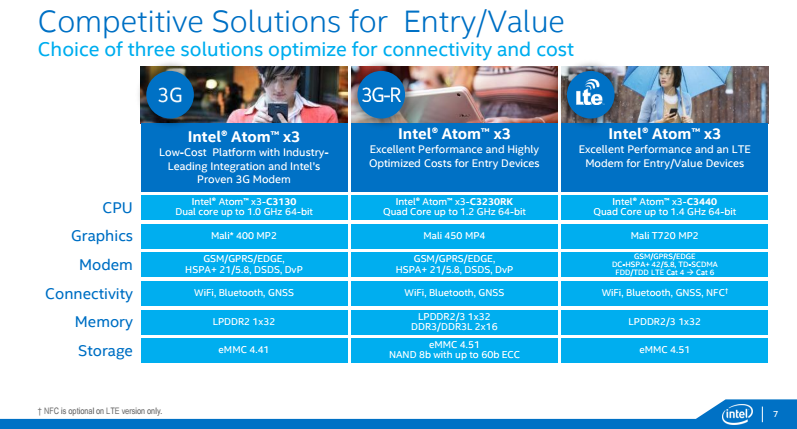 According to Intel's projected benchmarks, the x3-C3230RK will deliver performance up to 1.8x better than Qualcomm and Mediatek's equivalent entry-level SoCs, while the x3-C3440 looks to be about twice as good as the equivalent Qualcomm model. 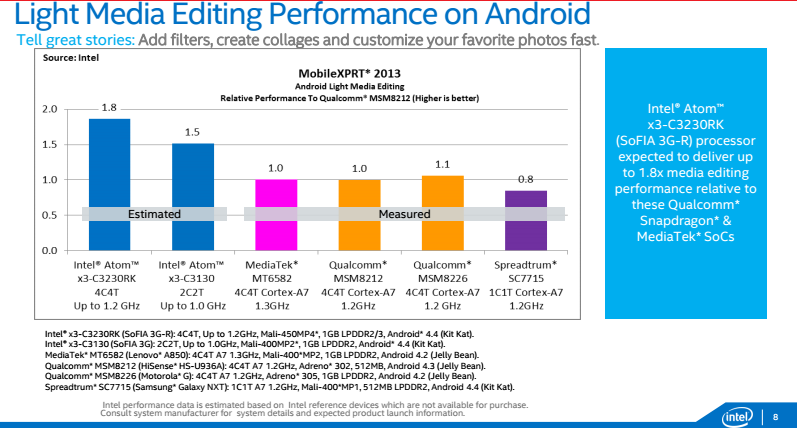 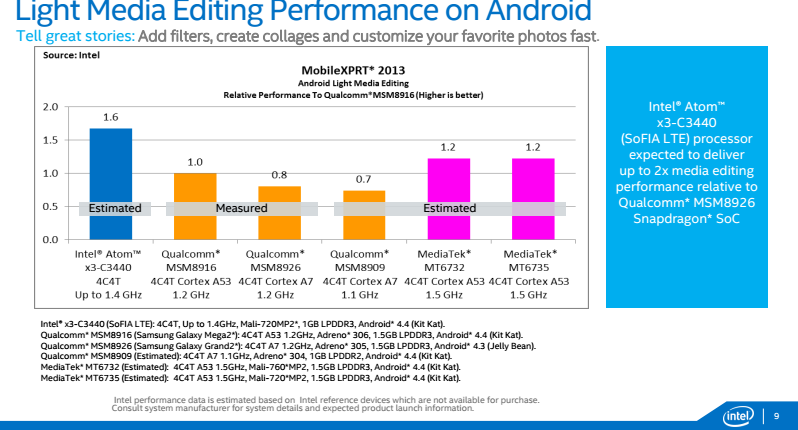 The Intel Atom x5 and x7 chips will be part of Intel's Cherry Trail platform, and the first Atom SoCs built on 14nm microarchitecture. Both chips will be 64-bit platforms with Intel's next generation LTE technology. The Atom x5 and x7 chips appear to be designed for mainstream and premium Windows and Android tablets and 2-in-1 devices, however we might also see these chips appearing in flagship spec smartphones. 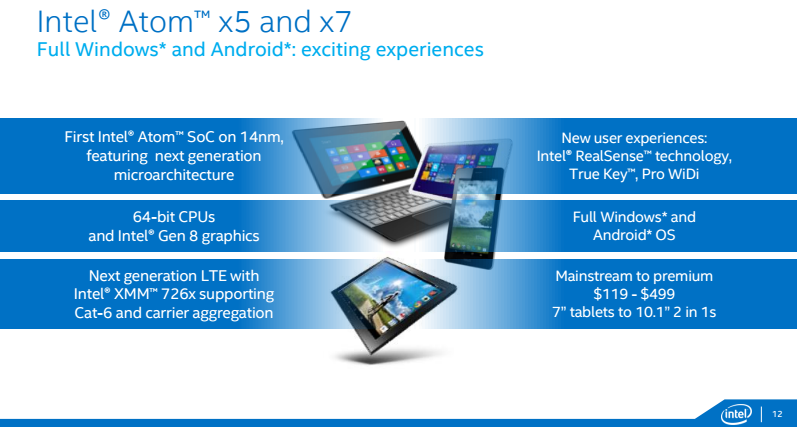 According to Intel, performance on the x7 is up to two times better than its previous high-end Z3795 Atom chip on the GFXBench benchmark, and up to 50 percent better on 3DMark Ice Storm Unlimited. 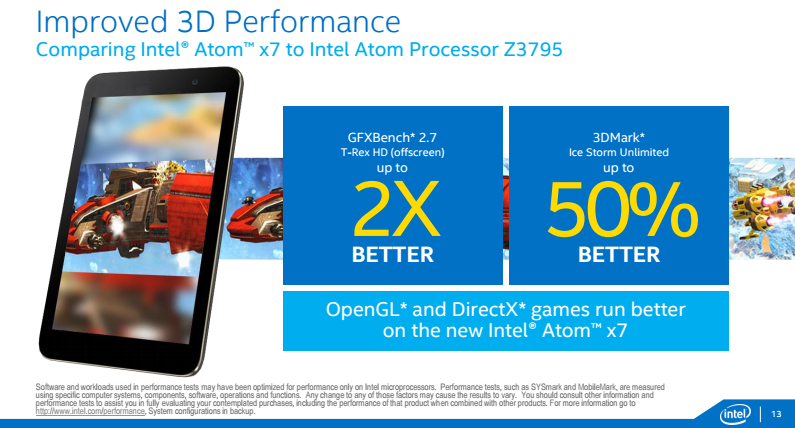 Join HWZ's Telegram channel here and catch all the latest tech news!
Our articles may contain affiliate links. If you buy through these links, we may earn a small commission.
Previous Story
MediaTek announces the MT8173 with ARM Cortex-A72 processor at MWC 2015
Next Story
Qualcomm's LTE-U technology will boost LTE connectivity by using unlicensed 5GHz band