Note: This article was first published on 28 October 2021. 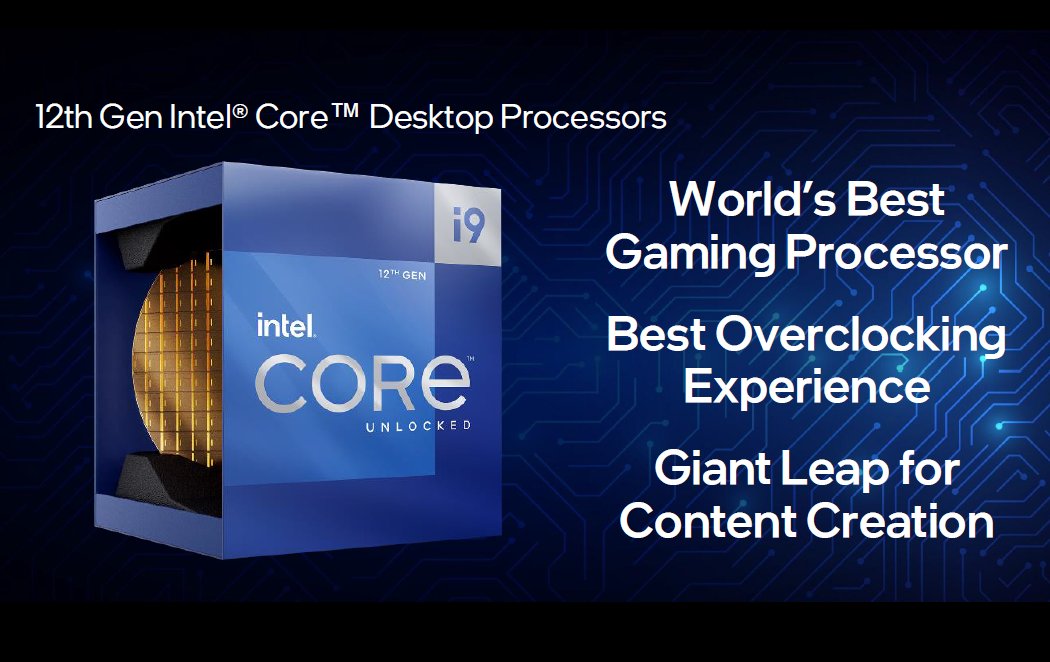 In August, Intel's Architecture Day introduced their high-performance hybrid design multi-core processor microarchitecture, Alder Lake, which would form the basis of its 12th Gen Core processor series. It's as radical a performance shift as one can get after many years of riding out the Skylake CPU architecture. 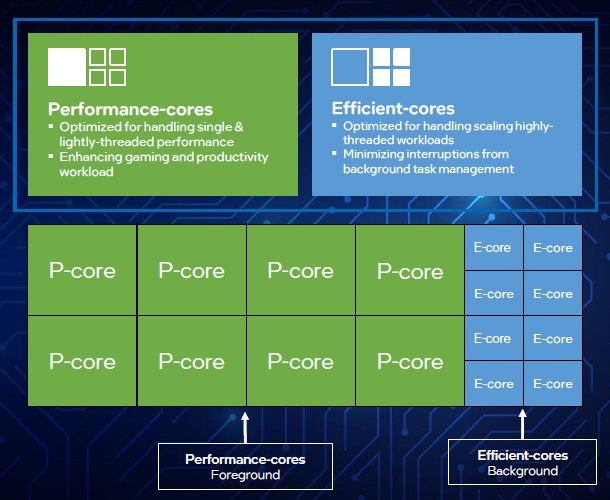 We have a detailed feature on all about the Alder Lake microarchitecture, but in a nutshell, know that the Alder Lake architecture utilises the new Intel 7 process technology featuring a set of P-cores (performance cores) and a set of E-cores (efficiency cores) on the same die, generous amounts of cache to reduce latencies, and  Intel Thread Director Technology hardware to schedule instructions autonomously to the respective cores by taking into account a whole gamut of parameters like per-core load levels, thermals and other sensor inputs to closely co-work with Windows 11. There's even a world's first for the processor and platform innovation as the 12th Gen Core processors debut with PCIe 5.0 support and even DDR5 memory! That's double the bandwidth on a device to device interconnectivity (think even speedier NVMe storage) and double the memory bandwidth and density of what DDR4 could deliver.

Today at Intel's Innovation Day (28th October), the chip giant has officially unveiled the first six high performance unlocked desktop processors (S-series) that form the top-end of the 12th Gen Core (Alder Lake) processor family. In total, Intel says the 12th Gen Core family will include 60 processors, so there are a lot more processor models you can expect for a variety of systems, notebooks, and tablets come 2022.

For now, the top-of-the-line Intel Core i9-12900K claims to have up to two times speedier content generation compared to the previous-generation Core i9-11900K. That's a phenomenal leap in capability for this 24-thread crunching processor (16 via performance cores, 8 via efficiency cores), 30MB L3 and 14MB L2 cache and performance core max frequencies reaching up to 5.2GHz.

*Note that Intel's Turbo Boost Max 3.0 first debuted with the Intel 10th Gen Core desktop processors and is a technology to identify the best performing cores to provide even more uplift in performance. It does this by identifying the two best cores for improved single and dual-core turbo results. There is no extra voltage applied to these cores in this mode.

Prices start from US$264 to US$589 for these unlocked desktop processors with broad availability beginning  4th November.  Given the SKUs launched at the moment, it's safe to say that the Intel Core i5-12600K series starts at US$264, while the top-end model, Core i9-12900K series, is pegged at US$589.

This makes the top-end SKU more expensive than all previously launched equivalents like the Core i9-10900K and the Core i9-11900K. However, don't forget that the 12th Gen Core offers many more processing cores with a variety of performance and efficiency cores, not to mention other CPU and platform enhancements it boasts. So don't lose sight of the big picture.

In Singapore, expect this to be from 5th November. No detailed local pricing is available at the time of publishing, but keep a lookout for them in further reporting after it lands on our shores. 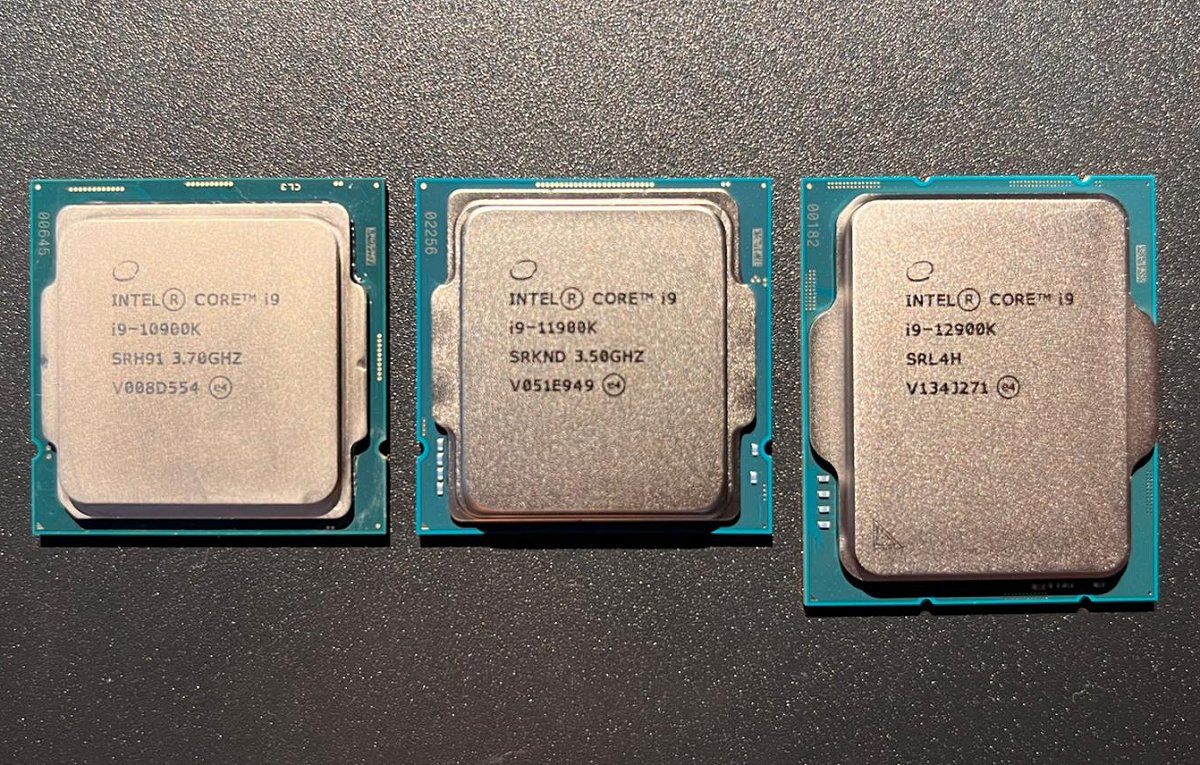 What makes the 12th Gen Core so much powerful than prior Intel CPUs?

Well, it's a combination of many things, from the new hybrid processor architecture to the improved and deepened pipelining within the processors and even platform advancements like DDR5. 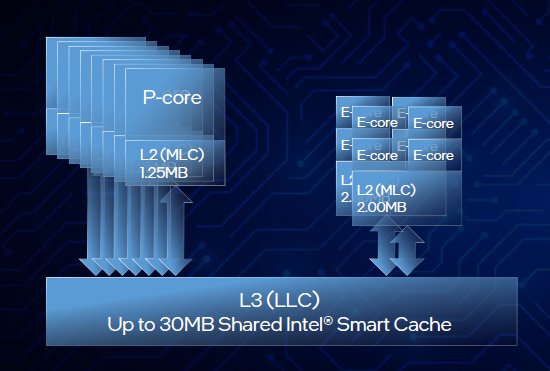 Intel has also updated its cache architecture on the 12th Gen Core processors to support all of this. In a high-level overview, the L3 or last-level cache boasts up to 30MB of Intel Smart Cache that's shared across performance, efficiency and graphics cores. Meanwhile, the L2 cache per performance core has increased, and the efficiency cores have a shared L2 cache per cluster. The end goal is to deliver reduced latencies, fast game loading and smooth frame rates.

The result? Lofty performance gains as painted by Intel. In a SPECrate2017 integer base test conducted by Intel across 10th Gen, 11th Gen and their latest 12th Gen Core processors at the same fixed frequency, the Alder Lake 12th Gen Core's P-cores are as much as 28% better than a 10th Gen Comet Lake-S Core processor and up to 12% better than the 11th Gen Rocket Lake-S launched just months earlier this year. Even the latest processor's E-cores are so powerful that it's on par with the 10th Gen Comet Lake-S processor cores! So that establishes the performance expectation of a P-core and E-core of the new 12th Gen Core processor. What happens when you use them together? Intel says you can get up to 50% higher multi-threaded performance than an Intel Core i9-11900K at the processor's same or lower total maximum power limit (241W). How much power would the Core i9-12900K sip to get the performance of its predecessors? Just 65W. Mind-blowing, isn't it? If only a high-performance hybrid architecture were possible years earlier, but this is both a hardware journey as much as it's a software journey. Just stuffing two different cores into the same die is quite an undertaking, given Intel's manufacturing woes in recent years. Still, to fully utilise it with the traditional x86 ISA, Intel's Thread Director Technology is yet another piece of hardware that didn't exist till the 12th Gen Core. There's also the operating system to factor into the equation. Coincidentally, Microsoft has Windows 11 rolled out recently, which has more fine-grained support for Intel's Thread Director Technology thanks to better scheduling support baked into the new OS. If you're still holding on to Windows 10, Intel says it's likely that you would experience slightly diminished performance, and it's best to move ahead with the updated OS to get the most out of your new platform.

We'll be running some tests shortly to paint you more concrete numbers on performance differences across operating systems, but meanwhile, have a look at the various content creation workloads and their performance uplift thanks to the 12th Gen Core microarchitecture:-

In a typical content creator's multi-tasking workflow of using Adobe Premiere to edit a video sequence and exporting it out while importing images and editing them in Adobe Lightroom Classic, Intel's test run of this flow showed a 29% performance uplift using Intel's Core i9-12900K versus the Core i9-11900K when these tasks were run serially. However, when both tasks were run concurrently and to better utilise the combined 24 threads processing capability of the Core i9-12900K, the outcome was 47% faster than its predecessor:-

Are you excited yet? We know we are, and we can't wait to share our test findings on the evening of 4th November when the NDA ends.

Is that also why Intel says it's the world's best gaming processor?

Pretty much so. Intel tested a wide swath of games and genres, and across the board, many get 10% to nearly 30% performance uplift gen-on-gen:-

Of course, they also tested their Core i9-12900K against the Ryzen 9 5950X to qualify their 'word's best' description. While we all know that the better comparison should be against the Ryzen 9 5900X when it comes down to gaming, the Core i9-12900K still managed quite a good standing. For more accuracy, stay tuned to our review next week. Till then, here's Intel's comparison:-

Intel also ran a live demo for media like us to assess how two similarly configured machines - one with a Core i9-12900K and the other with a Core i9-11900K processor - to run a game of Mount & Blade II: Bannerlord, while also streaming and recording the session simultaneously using OBS software. The result was a much higher and smoother recorded stream with hardly any dropped frames, whereas the previous generation's Rocket Lake-S struggled at times to keep with dropped frames observed.  Here's a slide to capture our experience in a snapshot:- Clearly, the hybrid architecture is the reason for these multi-tasking gains without any increased power draw.

We're not entirely done yet talking about the 12th Gen Core processor, and there's a boatload of enhancements in the overclocking department which we'll cover in a separate article. To round off this report, we'll briefly introduce the new Intel Z690 chipset, the first in the Intel 600 series and the most important to work hand-in-hand with the top-end 12th Gen Core unlocked processors.

Though the new processor's capabilities like DDR5 and PCIe 5.0 necessitate a brand new motherboard, the Intel Z690 extends the unlocked 12th Gen Core processor's capabilities with enhanced overclocking support and maximising system capability and responsiveness. The Intel Z690 does this through support for up to 12 PCIe Gen 4.0 lanes and 16 PCIe Gen 3.0 lanes, doubling the x8 DMI throughput from Gen 3.0 to 4.0, and increased bandwidth with up to quad USB 3.2 Gen 2x2 (20G) ports.

Interestingly and for the first time, Intel is bringing Intel Volume Management Device (VMD) to PC chipsets to simplify storage control by allowing direct control and management of NVMe-based SSDs from the PCIe bus without additional RAID controllers or other hardware adaptors. Initially designed for enterprise-grade management of NVMe SSDs connected to Intel Xeon CPUs, Intel VMD brings enterprise reliability, availability, and serviceability (RAS) features to NVMe SSDs, and it's now available on the Intel Z690 for enthusiasts too.

There's also the optional bits that some motherboard vendors might choose to pair to differentiate their offerings, such as Intel 2.5Gbps Ethernet capability, Intel Wi-Fi 6E and Intel Rapid Storage Technology (RST) to manage PCIe storage and RAID support as well as Intel Optane Memory to augment solid-state storage. These are par for the course since it has been introduced with Intel 10th Gen Core processors and Intel Z490 chipset as optional add-ons too.

Join HWZ's Telegram channel here and catch all the latest tech news!
Our articles may contain affiliate links. If you buy through these links, we may earn a small commission.
Previous Story
Samsung likely to unveil Galaxy S21 FE at CES 2022
Next Story
Nikon new Z9 full-frame camera takes 45.7-megapixel photos and 8k videos at up to 30fps