To 5GHz and beyond: Intel's new 10th gen H-series chips for high-end notebooks

To 5GHz and beyond: Intel's new 10th gen H-series chips for high-end notebooks

Note: This article was first published on 2 April 2020 and updated with newer H-series 10th-gen processor models that debuted later in the year. 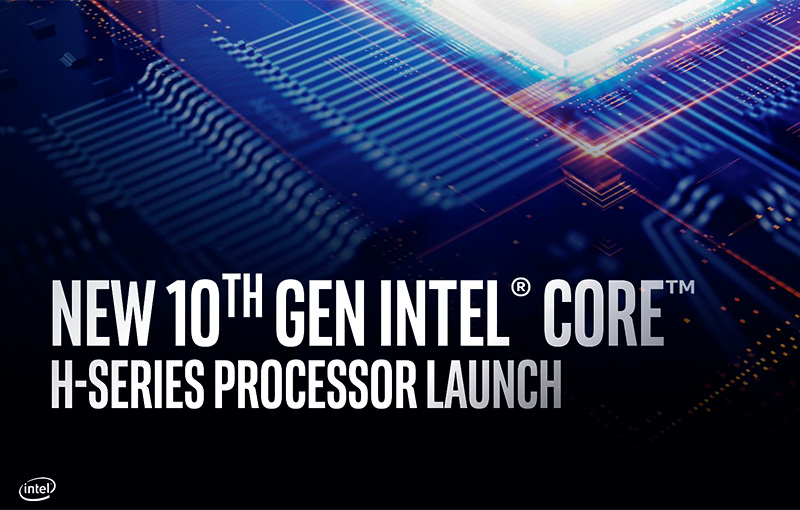 At any rate, these processors were developed expressly with gamers and creative professionals in mind.

For gamers, this means higher clock speeds, because, according to Intel, games today are still mostly lightly threaded and benefit most with higher CPU frequencies.

So with this new generation of processors, over 60% of the SKUs will have maximum single turbo frequencies of above 5GHz.

To cater to creative professionals who benefit from CPUs having more cores, the higher-end CPUs in the lineup will have a maximum of 8 cores and 16 threads. 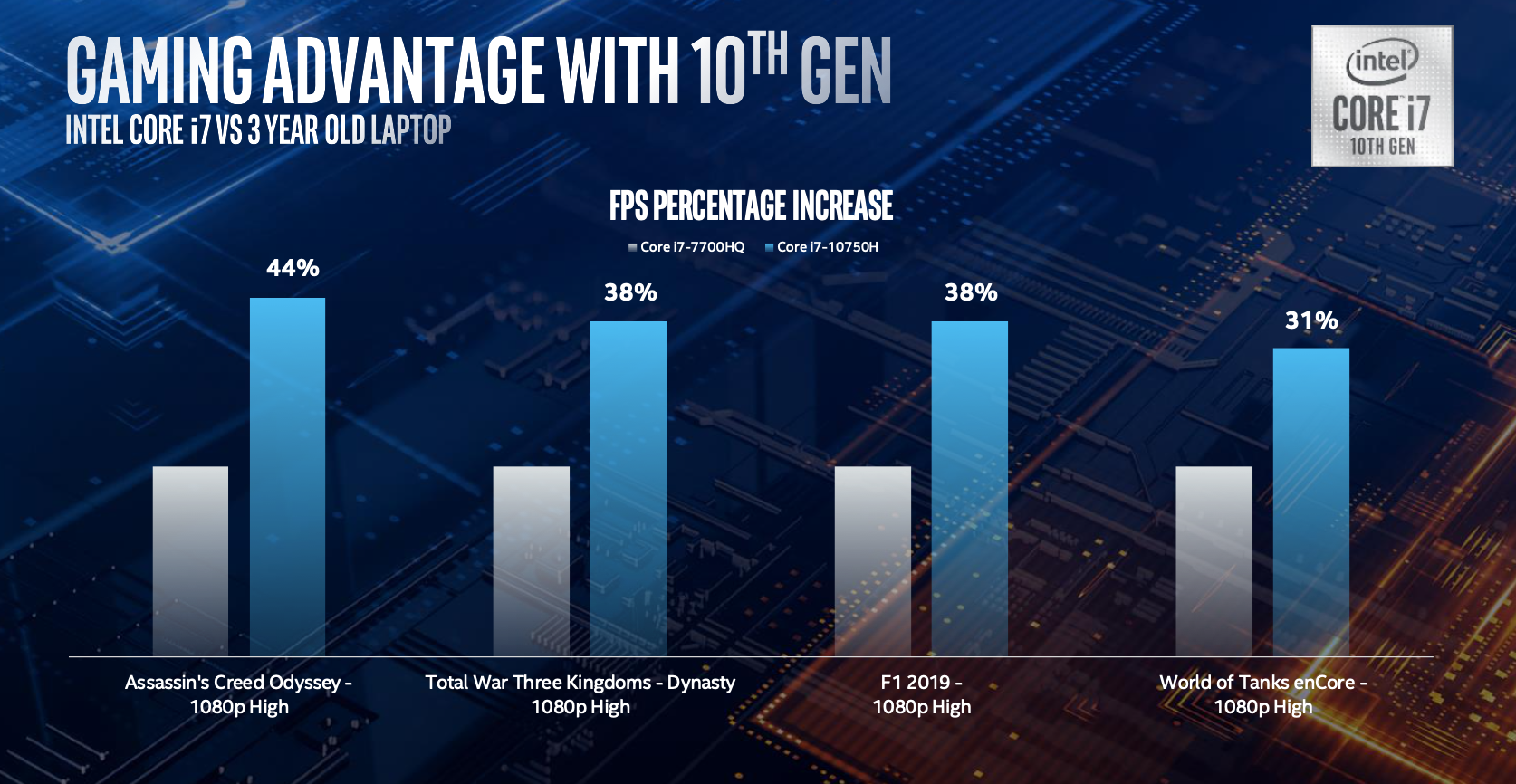 According to Intel, the new processors, available in Core i3 to Core i9 variants, will be available soon in over 100 notebook designs, of which over 30 will be thin and light variants measuring less than 20mm thick.

Speaking of which, Intel has been working more closely with OEMs partners to optimise their designs. This is especially crucial in eking out every ounce of performance from systems. Intel cited an example where they managed to get a 10% increase in performance without adding any additional cost to the system.

The new processors will also feature Intel’s latest technologies such as Turbo Boost Max Technology 3.0, Thermal Velocity Boost (Core i7 and higher), and Intel Optane memory. And with support for up to 40 PCIe 3.0 lanes (16 from the processor, and 24 from the PCH chipset), the new processors will also feature integrated support for Thunderbolt 3 and the new Wi-Fi 6 standard when paired with the Intel 400 Series mobile chipset.

As mentioned earlier, the new 10th generation H-series mobile processors will be available from Core i5 all the way up to Core i9. Here are the processors in the lineup (note the models with red borders, these were released after the initial launch to the stack):-

According to Intel, users can expect to see notebooks powered by these new processors starting in mid-April. That said, don’t be alarmed to see delays because of the ongoing pandemic.

Join HWZ's Telegram channel here and catch all the latest tech news!
Our articles may contain affiliate links. If you buy through these links, we may earn a small commission.
Previous Story
LG previews a new design language for its next phone
Next Story
Casio announces two new special edition versions of its quad-sensor Mudmaster GG-B100 watch