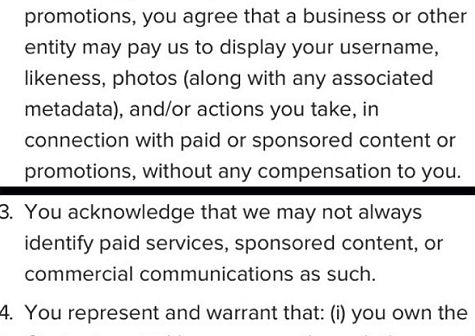 If you haven't already read the news all over the Internet, Instagram's revised terms of service caused a major backlash from all corners of the Earth, causing many to flock to Flickr instead. The point of contention was in that the popular photo sharing social platform gave the impression that it would be using/selling user data with no prior warning and whenever it suits its needs. However, co-founder, Kevin Systrom, has just done a 360-degree turnabout, stating that they will be reverting "this advertising section to the original version that has been in effect since we launched the service in October 2010" in a post on Instagram's blog. 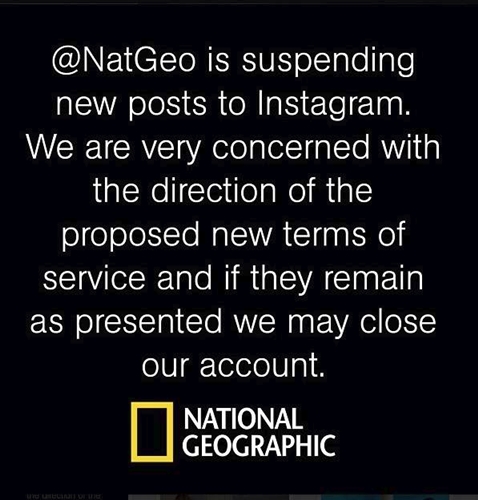 However, this move doesn't mean that Instagram will not do something similar again - instead, according to the blog post, Systrom has mentioned that the company needs to figure out the details of its advertising program first and make their goals clearer to users when future changes take effect.

Instagram Blog - "Going forward, rather than obtain permission from you to introduce possible advertising products we have not yet developed, we are going to take the time to complete our plans, and then come back to our users and explain how we would like for our advertising business to work.

You also had deep concerns about whether under our new terms, Instagram had any plans to sell your content. I want to be really clear: Instagram has no intention of selling your photos, and we never did. We don’t own your photos – you do."

Systrom also apologizes for the mass panic, attributing it to "bad communication" on their part. Will this faux pas cast a dark shadow of doubt over current users? It does seem so given the magnitude of the public outcry, one's that especially understandable in a day and age where protection of personal and growing digital information is essential. Nonetheless, Instagram's updated terms of service and privacy policy will go into effect on in a month's time, on January 19th.

Join HWZ's Telegram channel here and catch all the latest tech news!
Our articles may contain affiliate links. If you buy through these links, we may earn a small commission.
Previous Story
Giada to Showcase Mini PC Line-ups and More at CES 2013
Next Story
iWalk Debuts Chameleon Lineup of High Capacity Power Cases for iPhone 4/4S and Galaxy S3