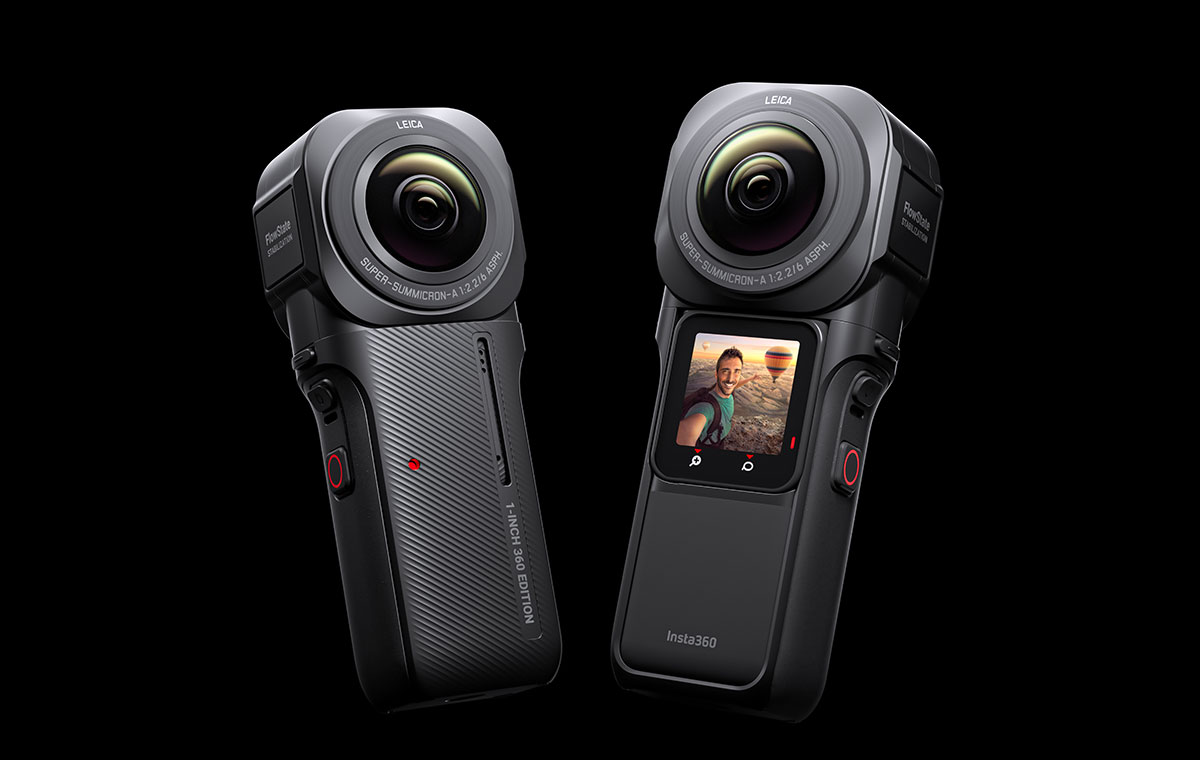 Insta360, a company known for its 360-degree action cameras, recently released its ONE RS camera. The ONE RS was the successor to the original ONE R camera, and brought with it 6K video resolution and a 1/2-inch main sensor (along with 1-inch wide-angle and 360-degree lenses). Today, Insta360 is adding to the ONE RS lineup with the ONE RS 1-inch 360 Edition.

Engineered in collaboration with Leica, the ONE RS 1-inch 360's bar shape more closely resembles the company's ONE X2 or Go 2 cameras, though it retains the black and red colour scheme of the ONE RS. The main distinguishing features, though, are the two 1-inch CMOS sensors on the front and back, capable of 6K 360 video capture similar to the ONE RS (though unfortunately only in a 2:1 aspect ratio), as well as 21MP 360-degree photos.

The two sensors have an f/2.2 aperture, slightly faster than the f/2.4 on the ONE RS, which adds to Insta360's claim of the camera having "superb low light capabilities". The entire camera is also rated IPX3 water resistance. Practically speaking, it can probably withstand rain, snow, and splashes.

Thanks to the interchangeable lens design, the ONE RS 1-inch 360's Core processing unit can also be swapped. The ONE RS 1-Inch 360 is compatible with ONE R and ONE RS Core processors (and given its ONE RS branding it likely comes with a ONE RS Core). That means that some of the technology from previous Insta360 cameras have also made it to the ONE RS 1-Inch 360, including FlowState hardware stabilisation and PureShot HDR, the latter of which utilises AI to increase a shot's dynamic range.

For post-editing, alongside the Insta360 app, the ONE RS 1-inch 360 Edition is also compatible with Insta360's Studio desktop software and Insta360's Adobe Premiere Pro Plugin for more extensive video and photo editing.

The Insta360 ONE RS 1-inch 360 Edition is available now through Insta360's online store, as well as select retailers. Though given the fact that it uses two 1-inch sensors instead of a singular sensor like the ONE RS, the price is much steeper, at US$749.99 (~S$1,042).

As it's compatible with ONE R and ONE RS Core processors, though, Insta360 will also be selling an upgrade bundle for existing users of those cameras, with the 1-inch 360 Lens, battery and mounting bracket to slot your ONE R or ONE RS Core into, for US$649.99 (~S$903).

Join HWZ's Telegram channel here and catch all the latest tech news!
Our articles may contain affiliate links. If you buy through these links, we may earn a small commission.
Previous Story
Sony headlines its new INZONE gaming gear brand with three different headphone models
Next Story
Sharp's new fan comes with plasmacluster ion tech for cooler and cleaner air