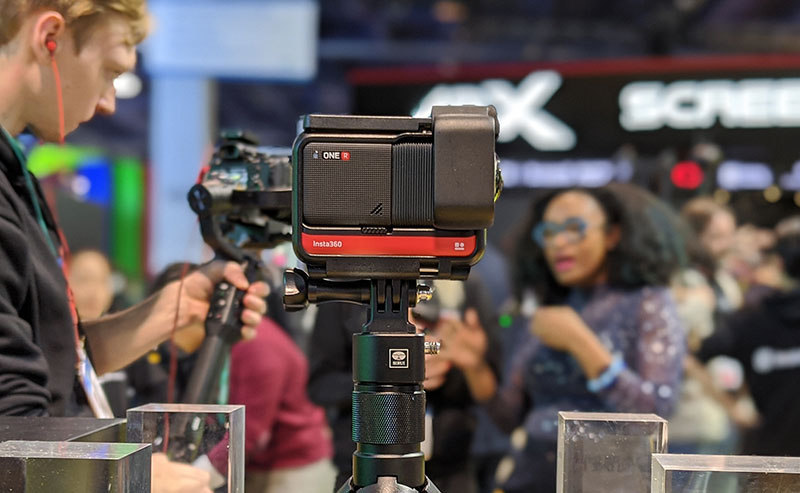 The Insta360 One R is an action camera that wants to do a lot of things. In addition to shooting 360° video, it can also function as a regular 4K action shooter. It does this via a versatile modular system that lets you attach up to two lenses, depending on what you want to do at the moment.

The main body, which the company refers to as the core, holds the screen, power and record buttons, USB-C port, and microSD card slot. The lenses and battery then snap onto it, completing the camera. The 1-inch Wide Angle Mod itself has a 1-inch sensor, co-developed with Leica. It's Insta360's largest imaging sensor yet, and it can capture 5.3K video and supports modes like Night Shot and HDR. On the other hand, the 4K Wide Angle Mod can record 4K video at 60fps and slow-motion footage. 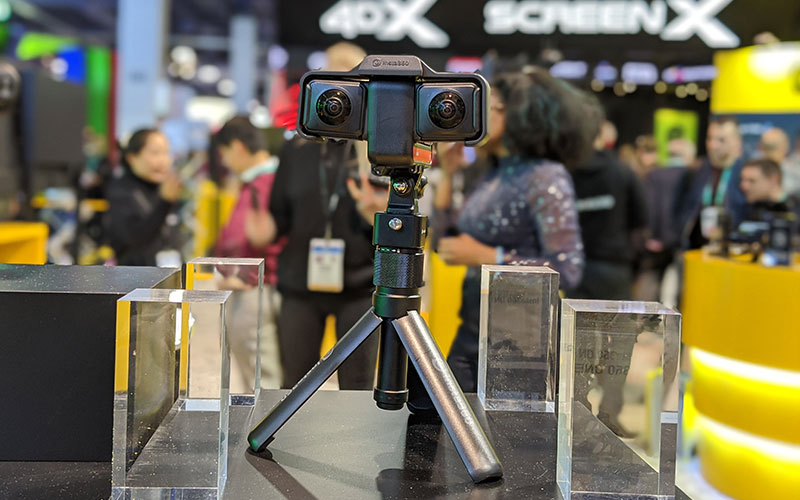 Separately, there's a Dual-Lens 360 Mod that lets you shoot in a crisp 5.7K resolution on two lenses.

The One R also features a full-colour 1.3-inch touchscreen, which you can use to view video you've already shot, scroll around the frame, or just change the frame rates. It's a little small though, so that might be an issue for people with bigger hands.

The One R can shoot up to 60fps at 4K and up to 200fps at 1080p. There is also a companion mobile app, which comes with new features like Deep Track active subject tracking, Auto Framing, and CineShots, which basically give you a bit of auto editing help. There are even modes like Timeshift hyperlapse and a new Starlapse mode that you can play around with.

Another interesting software feature is the six-axis Flowstate stabilisation, which is supposed to deliver gimbal-like stabilisation without a gimbal.

When put together, the One R is waterproof up to 5 metres, so it should be able to withstand the great outdoors.

Insta360 isn't stopping at just three mods though. There's already mention of a boosted battery base to double battery life, and if the camera proves popular, we could likely see more mods in the future.

Join HWZ's Telegram channel here and catch all the latest tech news!
Our articles may contain affiliate links. If you buy through these links, we may earn a small commission.
Previous Story
Razer's Kishi gamepad reduces latency by plugging directly into your phone
Next Story
The Aonic 215 are Shure's first ever true wireless earbuds