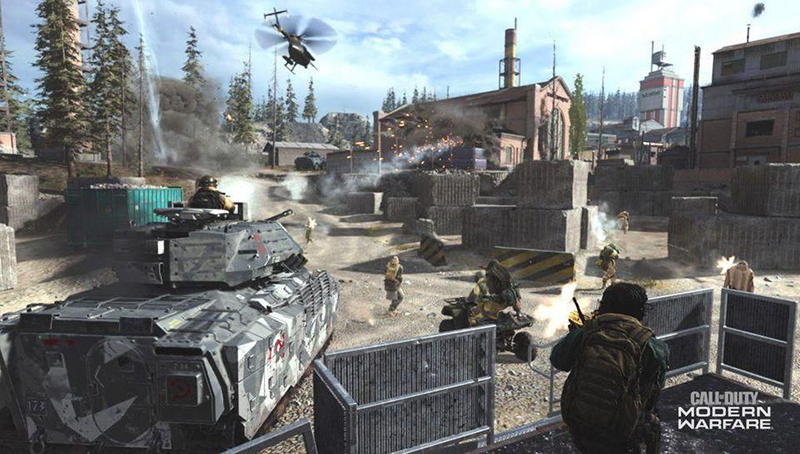 Call of Duty: Modern Warfare's crossplay beta this past weekend has garnered generally positive reviews, with the consensus being that this may possibly be the best Call of Duty title in a while. The gunplay feels super satisfying, with a multitude of attachments to customise your gun and a low time-to-kill. Movements are slick as well, and sliding and vaulting over obstacles feel natural and smooth.

That said, this was still a beta, so there are plenty of bugs being reported. I played the beta myself and ran into an issue where my party would remain stuck in the matchmaking lobby after a game, with the only solution being to disband and remake the party.

The gameplay is also not without its issues. For instance, the resurgence of killstreaks incentivises camping over aggressive play. Players get access to powerful calvary if they get a certain number of kills without dying, including the Chopper Gunner that mows down players from above and the Wheelson, a remote-controlled UGV that looks sort of like a mini tank. Other than the fact that it's really annoying to be killed by someone constantly hiding in the same spot, it also creates a problem in objective-based modes like Domination, which requires players to capture specific points, if your team is more interested in camping than playing the objective.

On top of that, there are big problems with how dark certain areas in the game are. I can barely see anything in the Azhir Cave map, and there are plenty of complaints floating around online about this issue.

Infinity Ward has now shared a list of some of the issues it's looking into in a post on Reddit. This list is by no means exhaustive, but it does provide some insight into what's on the priority list for the developer:

That's not all we'll be seeing from Modern Warfare ahead of launch though. Activision and Infinity Ward will show off the campaign at the end of the month and you'll get to see the co-op Special Ops mode come 7 October.

Call of Duty: Modern Warfare releases for the PlayStation 4, Xbox One, and PC on 25 October.

Join HWZ's Telegram channel here and catch all the latest tech news!
Our articles may contain affiliate links. If you buy through these links, we may earn a small commission.
Previous Story
Celebrate 35 years of Elite with a free copy of the 1984 Elite video game
Next Story
Fortnite is adding bots and skill-based matchmaking to help new players