Infineon made the radar chip found in the Google Pixel 4

Infineon made the radar chip found in the Google Pixel 4 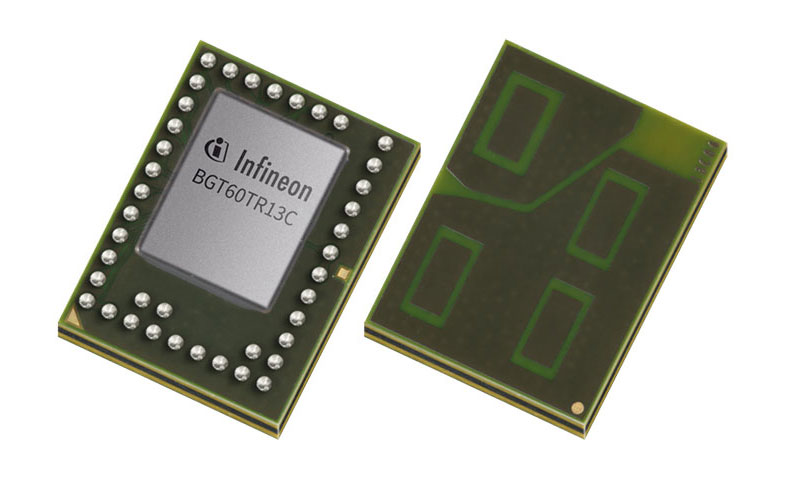 Google's new Pixel 4 smartphones come with plenty of new features, but the most novel addition may be the company's radar-based gesture-sensing tech called Motion Sense. As it turns out, the chip was manufactured by German company Infineon Technologies AG, and it's capable of tracking subtle gestures performed by the human hand in real-time.

Its integrated antenna system also lets it sense the presence and movement of people and objects, in addition to measuring distances and speeds with high precision. Here's a quick sneak peek of the tech in action at a demo station in the Pixel 4 launch event:-

The 60GHz radar chip forms the foundation for the Pixel 4's Motion Sense technology, marking also the first time such technology has been integrated into a smartphone. The chip measures just 5 x 6.5mm, which is why Google has been able to fit it in the top bezel of the Pixel 4.

Infineon has been making radar chips for the automotive sector for years, but reductions in power consumption and size have enabled the company to bring its tech to smaller and more portable consumer devices.

Join HWZ's Telegram channel here and catch all the latest tech news!
Our articles may contain affiliate links. If you buy through these links, we may earn a small commission.
Previous Story
Razer is working with Singtel and IMDA on Singapore's first 5G cloud gaming trial
Next Story
M1 and NTU Singapore collaborate to integrate 5G into C-V2X communication for intelligent traffic solutions