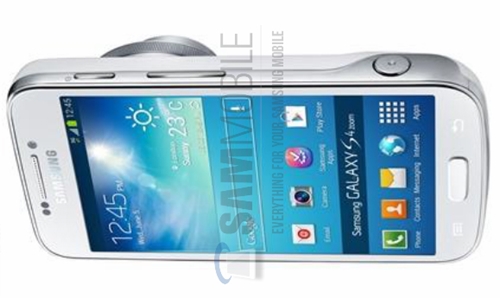 Besides blurring the lines between phones and tablets with its Mega series, Samsung is set to integrate two different products - a camera and a phone - into one called the Galaxy S4 Zoom. According to SamMobile, the Galaxy S4 Zoom is the first camera phone from Samsung that is based on Android. It also will be the last product from the Galaxy S4 range.

It is claimed that the Galaxy S4 Zoom will run on Android 4.2.2 Jelly Bean and Samsung TouchWiz. SamMobile also obtained a product photo, which shows a shutter button and volume or zoom controls on the side of the device. 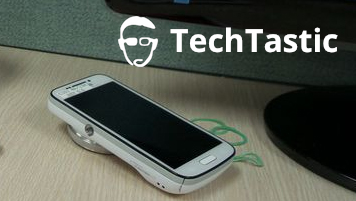 TechTastic managed to snap three photos of the device in the wild. The front of the Galaxy S4 Zoom appears to resemble the recently announced Galaxy S4 mini due to the 4.3-inch display, and the back looks like the Galaxy Camera with the camera bump.

We are expecting Samsung to make an official announcement on the Galaxy S4 Zoom in the coming days before its London event on 20 June. The company has already announced the Galaxy S4 mini and Galaxy S4 Active. We will be in London to cover the event. Keep your eyes peeled to HardwareZone for the latest updates and hands-on.