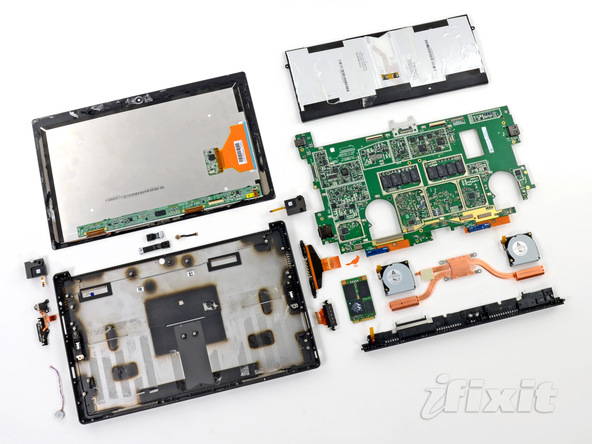 iFixit has posted a full teardown of Microsoft's latest Surface Pro tablet, finding inside, the 'Cadillac of batteries', an LG Escalade 42 Wh unit, rated for 7.4 V and 5676 mAh, but also criticizing its repairability, awarding the tablet a score of 1 out of 10 due to the inaccessibility of its parts. 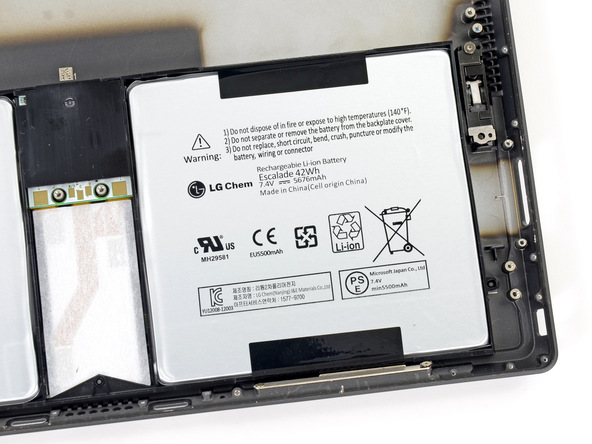 This makes the Surface Pro the first tablet to receive iFixit's lowest repairability score and joins Apple's MacBook Pro with Retina Display as the only products to score so poorly.