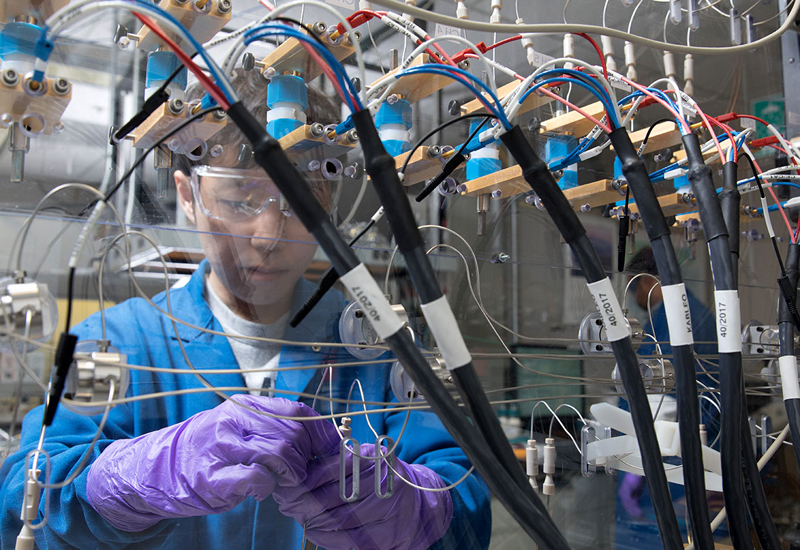 IBM Research claims to have designed a battery that’s free of heavy metals that include cobalt and nickel, which are commonly found in current lithium-ion batteries.

The new battery boasts of “three new and different proprietary materials, which have never before been recorded as being combined in a battery”, and the IBM research team extracted the materials from seawater. Their raw material extraction method is “less invasive” than current mining methods.

In addition, the scientists claimed the chemistry of the new materials for the battery leads to a safer battery design with the promise of low flammability. The design “uses a cobalt and nickel-free cathode material, as well as a safe liquid electrolyte with a high flash point.” It’s able to prevent the formation of lithium metal dendrites during charging, resulting in lower risk of electrical short circuits that are the main causes of battery explosions.

In their initial tests, the new battery is alleged to have outperformed existing lithium-ion batteries in other aspects as well, i.e., the new battery has higher power and energy densities, as well as a rated 90% energy efficiency. The battery is also touted to be able to scale up to power electric motor vehicles and aircraft.

Join HWZ's Telegram channel here and catch all the latest tech news!
Our articles may contain affiliate links. If you buy through these links, we may earn a small commission.
Previous Story
Singaporean team Animal Kingdom has won the CMEL LoL Finals in Chongqing!
Next Story
These are the best-selling games on Steam in 2019