Hyper, the brand name behind its successful HyperDrive USB hubs, has added a new family member to its HyperDrive Gen2 series - a 16-port beast with Thunderbolt 3 connectivity, offering up to dual (8K+4K) or triple 4K HD video output. This model joins the 6-port, 12-port, and 18-port non-Thunderbolt versions released previously. 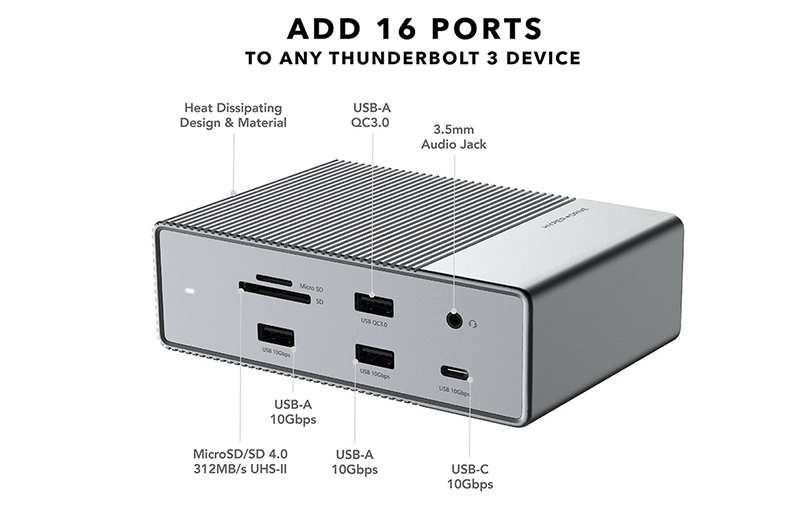 The remaining ports are a mixture of USB Type-As with all the necessary moving parts like DC audio, Toslink, Gigabit Ethernet, a DisplayPort 1.4, MicroSD and SD card slots (up to 312MB/s or UHS-II speeds). The USB-A ports on the same side as the MicroSD slots are 10Gbps, while the opposite end has USB ports at 5Gbps.

As an enterprise-friendly device, the hub can be daisy-chained to a total of six identical sets. It's also backwards compatible with USB Type-C, non Thunderbolt 3 devices.

Previous Story
Sony reaffirms that the PlayStation 5's marketing is still focused on its "home market"
Next Story
The PlayStation 5 will launch on 11 December for RM2,299 in Malaysia