HUMAN adds clean.io to block out malvertising and round out ad-fraud protection

HUMAN adds clean.io to block out malvertising and round out ad-fraud protection 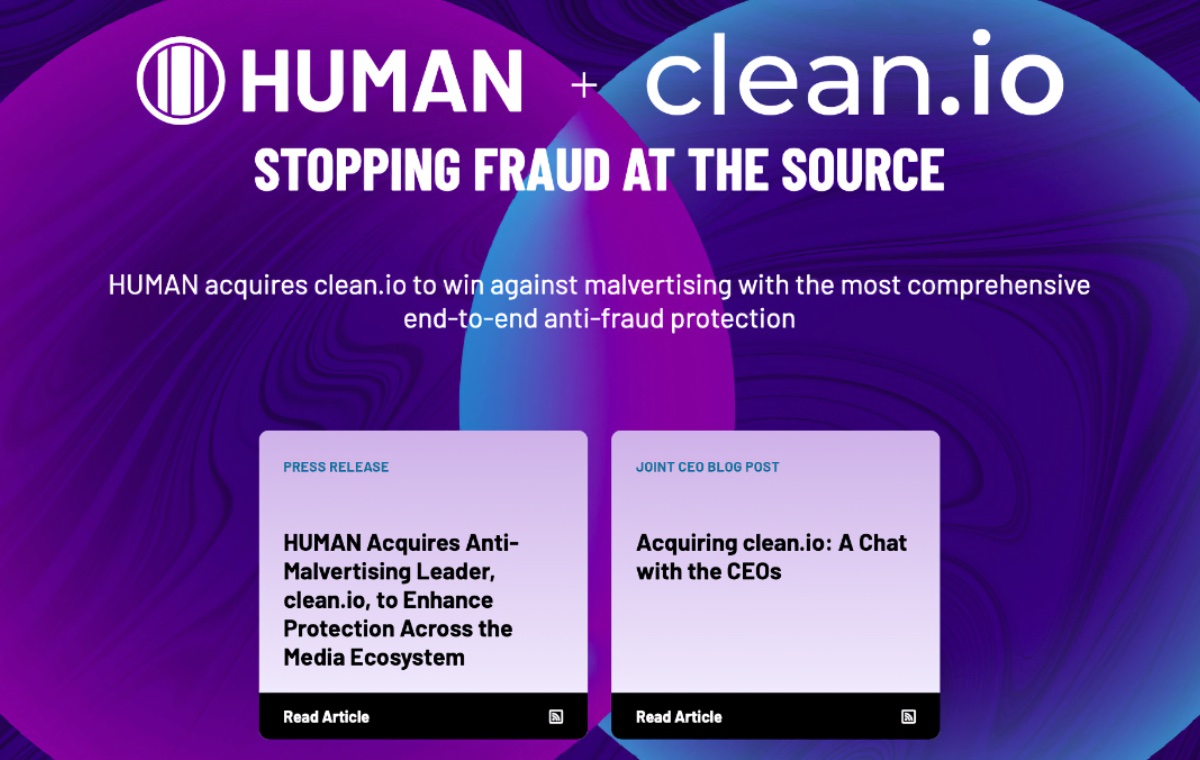 HUMAN CEO, Tamer Hassan said in a blog post that the acquisition was the right strategic move for the company as they were building the Human Defense Platform to safeguard the advertising ecosystem from fraud and abuse by disrupting the economics of cybercrime and clean.io’s detection and blocking of novel threats created minimal false positives and was all done via a fast, maintenance-free, and simple integration.

He added that customers had been asking them for a solution to deal with malvertising via programmatic advertising infecting users with malware to create a large-scale botnet. And the acquisition of clean.io would help solve this problem for customers.

According to clean.io CEO, Geoff Stupay, by combining the technologies and teams of the two companies, HUMAN would become the first company to provide a full ad fraud solution that included protection from malvertising in real-time.

When the programmatic advertising ecosystem is used by cybercriminals to deliver malware to end-users via ads, it is known as malvertising. While malvertising increases the risk of compromise by exposing users to malware, it also reflects poorly on the brands and platforms delivering the ads, creating a significant brand reputation problem.

The acquisition is the third strategic market move HUMAN has made this year, beginning with the announcement of a US$100 million growth funding round led by WestCap and NightDragon followed by the merger with PerimeterX, which included a US$100 million debt facility from Blackstone Credit.

Join HWZ's Telegram channel here and catch all the latest tech news!
Our articles may contain affiliate links. If you buy through these links, we may earn a small commission.
Previous Story
The ASUS Zenbook 17 Fold OLED brings unrivalled versatility for every usage scenario
Next Story
Samsung thinks Apple's first foldable device will be an iPad or Mac