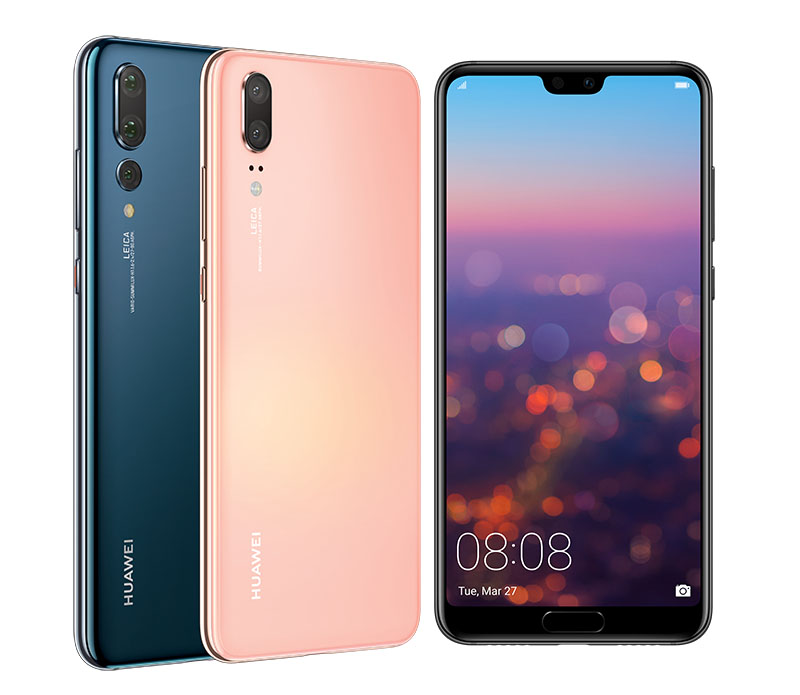 Huawei unveiled the P20 and P20 Pro today. Both phones have an iPhone X-style design with a notch at the top of the display, however, unlike the iPhone X and every other notched phone, Huawei has also included a fingerprint scanner/home button below the display.

Huawei has also improved upon the AI camera features we first saw in the Mate 10 Pro. New features include an AI-assisted composition tool, which provides intelligent suggestions to frame group shots and landscapes, and a new 4D predictive focus, which predicts moving objects and focuses on them to better capture minute details of objects in motion. Both phones are also capable of shooting 960fps slow motion footage at 720p.

Design-wise, both phones feature the same metal and glass build, with a metal frame and glass on the front and back. Interestingly, despite having the same design, only the P20 Pro has an IP67 rating - the P20 only has an IP53 rating. Both phones are powered by Huawei's Kirin 970 processor, which is the same chip we saw in the Huawei Mate 10 and Mate 10 Pro. The P20 has 4GB RAM, while the P20 Pro has 6GB RAM.

“The P Series inspires creativity and ignites a passion for photography all over the world,” said Richard Yu, Chief Executive Officer, Huawei Consumer Business Group. “With its groundbreaking triple-lens camera on the Huawei P20 Pro, powerful artificial intelligence advances and stunning new colors, the new Huawei P20 Series is designed to reflect beauty and light. Like no other smartphones, the Huawei P20 and Huawei P20 Pro let today’s most vibrant consumers capture and share the brilliance of the world around them.”

The P20 and P20 Pro will be in four colors: Twilight, Black, Midnight Blue and Pink Gold, and will be available in April. Singapore will be one of the first countries to launch the phone. Pricing and pre-order details will be announced early next week.

Join HWZ's Telegram channel here and catch all the latest tech news!
Our articles may contain affiliate links. If you buy through these links, we may earn a small commission.
Previous Story
Spotify app for Apple Watch could be announced at WWDC 2018
Next Story
Microsoft releases its Edge browser for iPad and Android tablets