Note: This article was first published on 19 September 2019 and it's now available for sale! 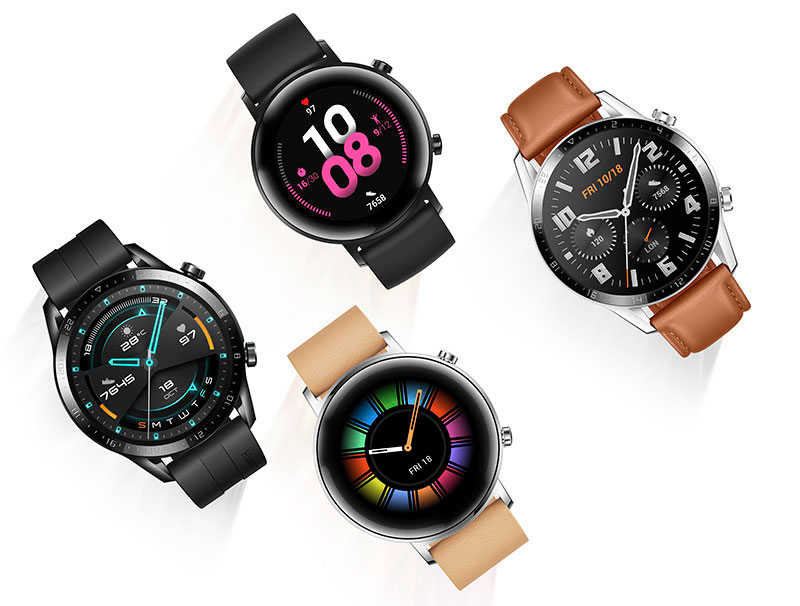 Along with the Mate 30 series, Huawei’s also announced the Watch GT 2 smartwatch. And in the footsteps of Apple, Huawei is starting to develop their own processors for all their devices, which is no surprise considering their move with HarmonyOS. With the Watch GT 2 comes a brand new Kirin A1 chipset based on a Cortex-M7 design that’s supposedly satisfied with sipping at battery power. According to Huawei, the Kirin A1 utilizes only 10µA per MHz compared to the industry average of around 30µA per MHz.

Huawei Watch GT 2 will come in two sizes: 46mm and 42mm with different designs. The 46mm version looks similar to the original Watch GT, but is the more premium version featuring a 3D curved glass surface created with bevelled sculpting and gemstone processing techniques. Underneath it is a 1.39-inch AMOLED HD (454 x 454 pixels) touch screen.

The 42mm version looks more feminine with a thinner frame at just 9.4mm thin (compared to 10.7mm on the larger companion), featuring slimmer slugs, a curved surface and a bezel-less design that visually sets it apart from the 46mm companion. This also means it has slightly smaller 1.2-inch AMOLED touchscreen with a resolution of 390 x 390 pixels.

From what we can tell, there are more differences between the 46mm and 42mm versions besides size, design, and battery life. It would initially seem that the 46mm version will support Bluetooth calling features as well as offline music storage of about 500 mp3 songs. The 42mm version lacks both these functions.

The Watch GT 2 can now track a wider range of up to 15 sports, and supposedly “full-scale monitoring of 190 types of data” for all 15 compatible sports, providing comprehensive data analysis with a built-in coach function. It’s unclear of the specific sensor upgrades at the moment, but the Watch GT 2 has more tracking modes now, which will also monitor bradycardia and other heart failure conditions, providing notifications if your heart rate spikes above 100bpm outside of sports or falling below 50bpm for more than 10 minutes.

The Watch GT 2 also features TruSleep 2.0 and TruRelax functions for sleep and daily stress analysis. Besides just monitoring, TruSleep and TruRelax will offer feedback and suggestions that you can act on.

The Watch GT 2 will come with a few band options that will vary the cost of the watch:- Classic leather band, Sports silicone band or Elite metal band versions. 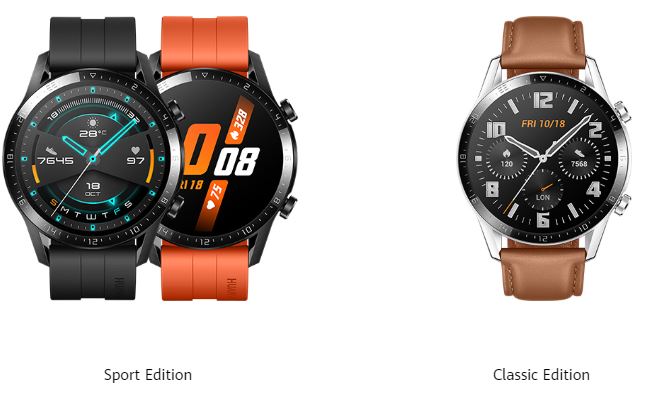 In Singapore, Huawei is now offering the Watch GT 2 (46mm) Sport Edition in a black fluoroelastomer (silicon) strap for S$268 at VivoCity, all Huawei Concept Stores, selected electronics stores and on their official LazMall store starting from today (7th October 2019).

The Watch GT 2 (46mm) Classic Edition with the brown leather strap will retail for S$328 at these same locations from 12th October 2019.

The 42mm versions for both are slated to be out later in the year. 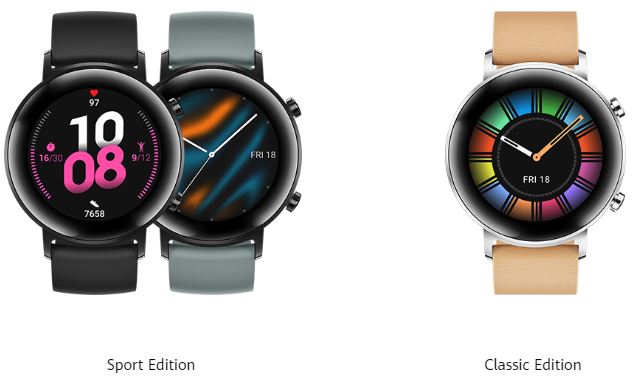 Join HWZ's Telegram channel here and catch all the latest tech news!
Our articles may contain affiliate links. If you buy through these links, we may earn a small commission.
Previous Story
Silicon Valley company Kitty Hawk’s third flying vehicle is called.... Heaviside
Next Story
Red Dead Redemption 2 is finally coming to PC!