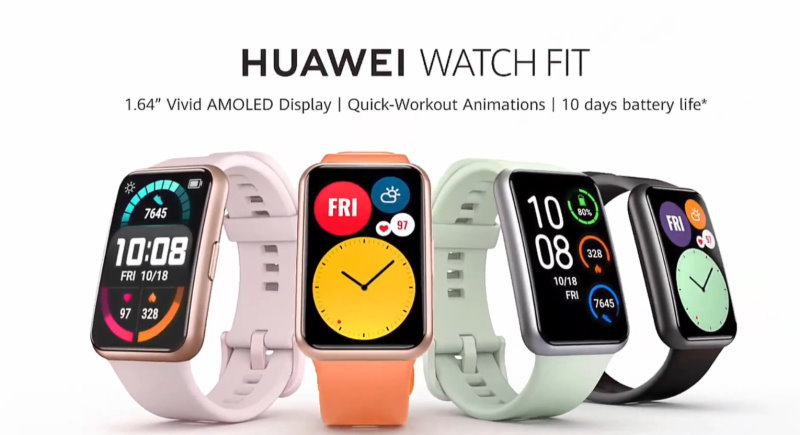 I would say that Huawei's Watch GT series have been fairly successful in its classic wristwatch design, but clearly there is a demand for square watches. Instead of fully imitating the Apple Watch though, Huawei went with a 'bigger-is-better' philosophy. Their new Watch Fit is a mainstream lifestyle fitness device, but that's not the first thing you'll notice because it's designed with an elongated 1.64-inch curved, rectangular AMOLED (280 x 456 pixels, 326ppi) screen that really looks like a shrunk down smartphone on your wrist.

As big as the screen is, the watch is incredibly light at just 21g. This is achieved with a full plastic body. For comparison, the 46mm Watch GT 2 weighs 41g. Even the smaller 42mm variant weighs 29g.

What does Huawei do with this bigger screen? Stuff in a bunch of customisable widgets of course. Also, the Watch Fit has a built-in personal trainer (or training partner) that is able to provide up to 44 different movement demonstrations in a series of workout animations. 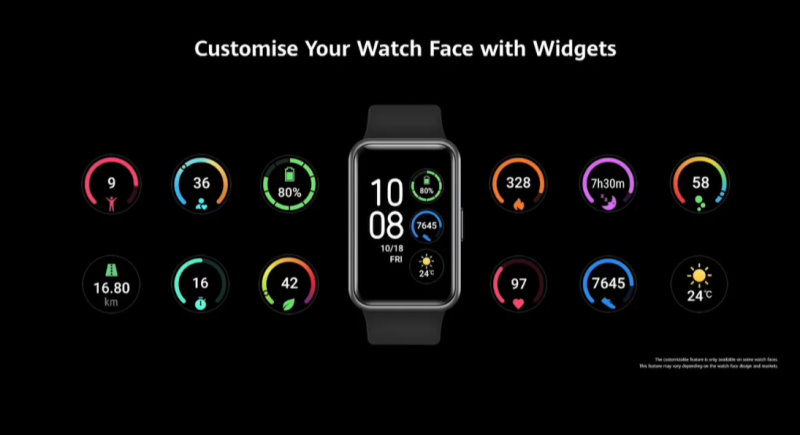 Besides this, the Watch Fit looks like it has all the same sensors as the Watch GT 2 series, with TrueSeen 4.0 24-hour heart rate monitoring, Sp02 calculation, TrueSleep 2.0 sleep tracking and TrueRelax stress tracking. It also has built-in GPS, 5ATM water resistance and 4GB storage, so I expect it to perform similarly to the Watch GT 2 in all aspects of day-to-day tracking activities. As with most smartwatches these days, female-specific features like menstrual cycle tracking is also available. 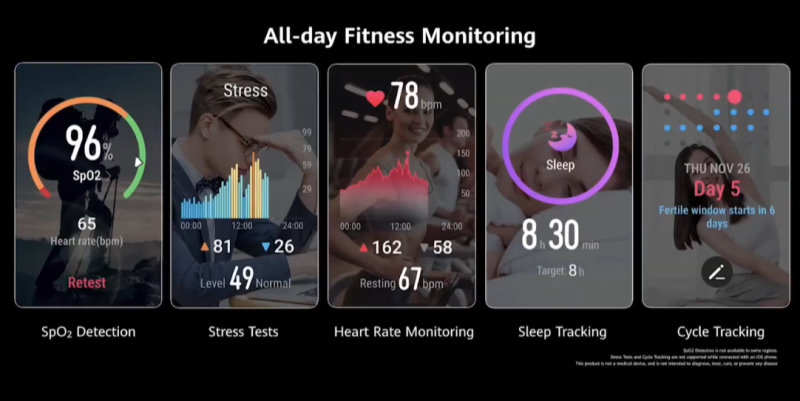 The only thing to take note of is that the Watch Fit is rated for 10-days of battery life. I use the word 'only' here in relation to the Watch GT 2, which has a 2-week battery. Compared to almost every other smartwatch, 10-days is plenty of juice. The Watch Fit is priced at €129 with a September availability. We will update with local pricing as soon as we get it, but as a comparison, the Watch GT 2e was launched at €200 back in April and that was considered one of the cheapest fitness smartwatches around.