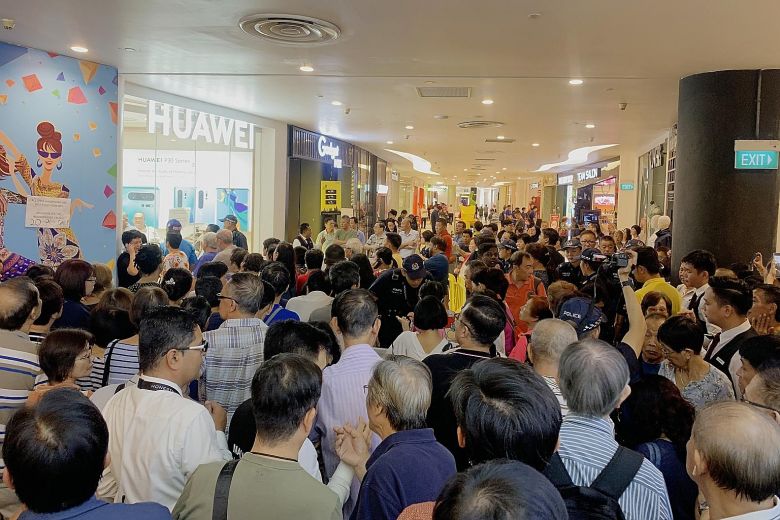 Huawei wants to offer S$100 voucher to the 5,000 customers that have registered at its stores between 26 to 28 July to "make things right".

In a media statement sent out to the press this evening, the tech company admitted that it clearly underestimated customer demand for its short-lived promotion last week, which offers elderly Singaporeans a heavily discounted Y6 Pro smartphone. To compensate those who were affected, Huawei will be giving some customers a voucher to make up for it.

The Y6 Pro promotion launched last Friday was meant to be a three-day campaign to mark Singapore's 54th birthday. Singapore citizens and permanent residents aged 50 and above as of 31 December this year were eligible to purchase the phone at just S$54.

Unfortunately, Huawei did not foresee the immense response to the promotion (just see the photo above) and only prepared 2,000 units of the phones for sale. Some heartland stores were only given 30 sets of the phone and sold out even before the promotion could start. Larger retailers such as Courts and Challenger had approximately 100 sets at their stores, but even then had to stop selling them within minutes of opening due to the uncontrollable queues.

Huawei admitted that its inventory planning and allocation of Y6 Pro units could have been better and more prudent.

So to make things right, Huawei has identified close to 5,000 registered customers who have shown interest for the Y6 Pro at its stores and will offer them a S$100 smartphone voucher as a way of apology for "all the distress" caused.

Huawei will be aiming to contact these registered customers within two weeks starting from 2nd August.

Is all forgiven, then?

Follow what our readers and members have to say here!