Huawei’s P30 smartphone to be unveiled in Paris soon

Huawei’s P30 smartphone to be unveiled in Paris soon 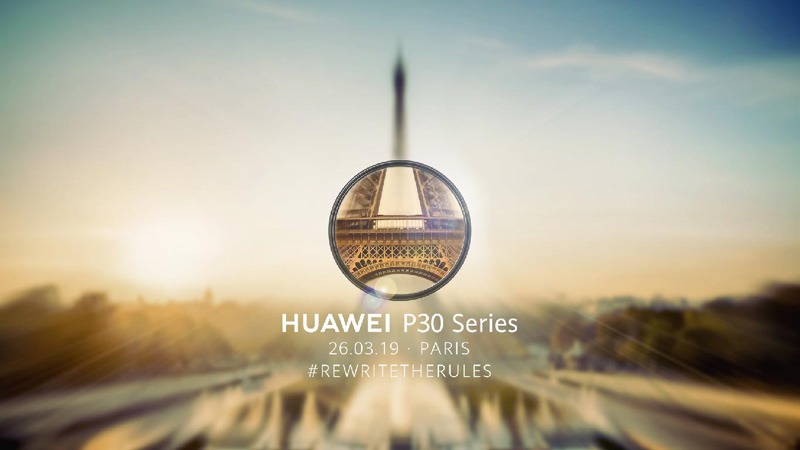 Just about a year has passed since the launch of Huawei’s P20 smartphone, and now it seems the successor is ready for release. Huawei Consumer Business Group has announced that the global launch of the P30 series will take place in Paris, France on March 26th, just a month away.

As we wrote here, the Huawei P30 is rumored to be another imaging powerhouse, with three rear cameras consisting of a 40MP main sensor, 5x lossless zoom and a 24MP front-facing camera. That’s the same setup we found in the P20 Pro, but given that the company’s press release specifically refers to their work with the Kirin 980 7nm Process Mobile AI Chipset and the GTU Turbo, a graphics processing acceleration technology, I think we can safely expect the processors to be much upgraded.

Thanks to smart use of computational photography techniques, the P20 scored an innovation award from us when we reviewed it, and top marks on DxOMark’s Mobile list too. The tech giant has long been working on 5G technologies, so we’re about to find out just how much further Huawei’s partnership with Leica can take their mobile phone cameras.

Join HWZ's Telegram channel here and catch all the latest tech news!
Our articles may contain affiliate links. If you buy through these links, we may earn a small commission.
Previous Story
Zotac's GeForce RTX 2080 Ti ArcticStorm comes with a stunning full-cover water block
Next Story
Samsung’s new Space Monitor saves space, looks just like a wall-mounted TV when not in use