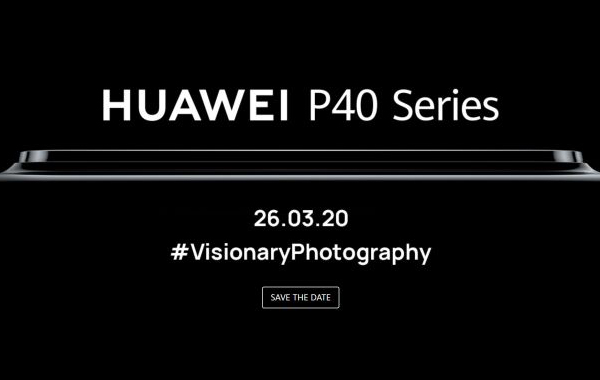 Huawei has announced that it will unveil its eagerly anticipated P40 series phones in an online event later this month on 26 March.

The teaser shows a huge camera that is rumoured to hold five cameras.

In a closed-door session, a Huawei representative reportedly said that the cameras in the new phones will "
guarantee new records" in mobile photography.

Specifically, the new P40 series phone will feature a "second-generation periscope zoom camera" which should improve on the telephoto capabilities of the phones, presumably with more than 10x hybrid zoom.

The report also says that the P40 series phones will come with the "highest AI capability" ever seen on a phone, which will allow it to better process photos.

Finally, one can also expect the new P40 series phones to debut with "new material options."

All will be revealed on 26 March, so mark your calendars.

Join HWZ's Telegram channel here and catch all the latest tech news!
Our articles may contain affiliate links. If you buy through these links, we may earn a small commission.
Previous Story
The annual gaming convention, E3 2020, has been cancelled likely because of COVID-19
Next Story
LG has a smaller 8K OLED TV this year, but it’s still going to be expensive