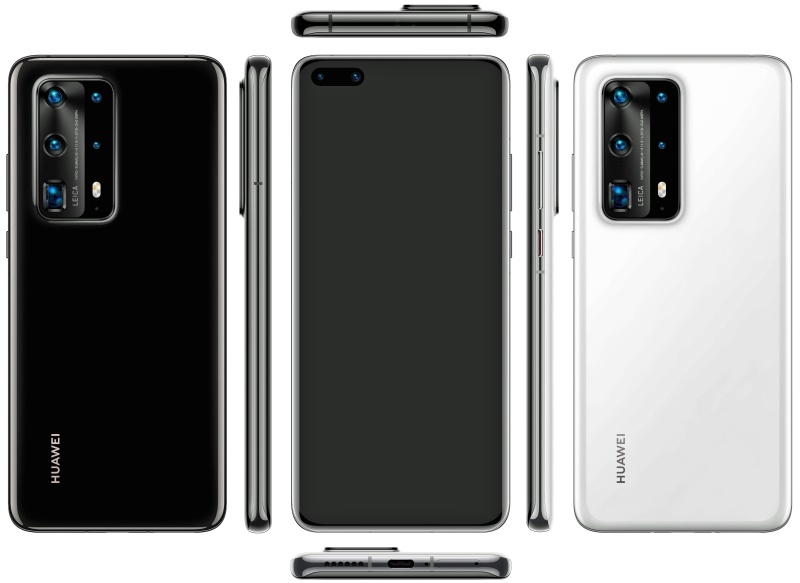 New purported render of the Huawei P40 Pro from @evleaks give us a better look at the upcoming flagship phone. The render suggest that there could be as many as 7 cameras on the phone. Aside from the two front-facing cameras, the renders show a massive rear camera bump housing 5 lenses.

One of the five lenses is likely to be a periscope-style camera due to the Leica branding and technical details describing it as covering 18mm-240mm equivalence. This translates to an estimated 13x zoom which is likely achieved by a combination of optical and digital zoom.

The render is in line with the earlier images from @OnLeaks and 91Mobiles. Huawei reportedly revealed that the P40 series would be announced towards the end of March in Paris.