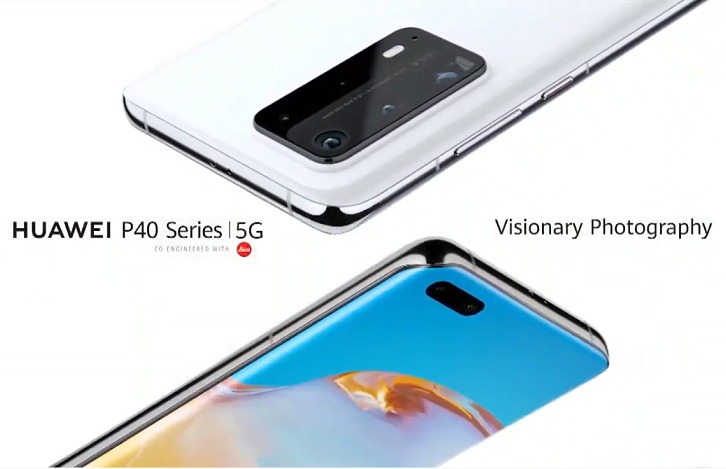 Huawei unveiled their next leap in camera photography through Visionary Photography that will be championed by their new P40 series launched on 26th March 2020. No less than three models were unveiled, but only the Huawei P40 and P40 Pro are hitting retail soon.

For those who managed to pre-order your device from 27th March till 3rd April, Huawei's pre-order promotions allow you to enjoy a free premium bundle worth up to S$562, while stocks last. 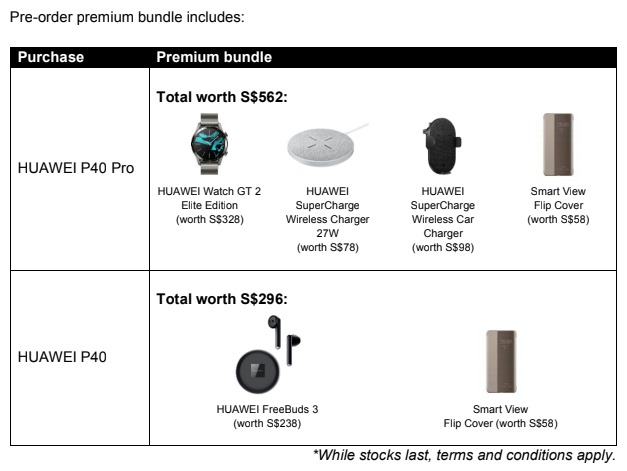 If you missed out the pre-order specials, Huawei's current ongoing promotion is to bundle in a Smartview Flip Case and a wireless car charger worth S$156 for every P40 Pro phone ordered. The non-Pro Huawei P40 gets a Smarview Flip Case worth S$58. Further to that, if you order the phones via the telco operators, they will also bundle in other extras such as more data every month and other such perks.

P40 and P40 pricing and configuration

Both phone models coming to Singapore will have 8GB of RAM. Built-in storage for the P40 is 128GB, while the P40 Pro get 256GB.

Given the configuration of the P40 series and the above-listed pre-order gifts, it sounds like the P40 Pro model offers more value if you're trying to choose which model to drop your money on.

All customers who purchase the Huawei P40 series will also enjoy Huawei's Prestige Care services which include:-

Where to get your P40 phone?

Here's where you can order the Huawei's latest phones:-

Join HWZ's Telegram channel here and catch all the latest tech news!
Our articles may contain affiliate links. If you buy through these links, we may earn a small commission.
Previous Story
Samsung to discontinue S Voice on 1 June
Next Story
G-Shock's new GBD-H1000 watch is probably the toughest fitness tracker you can buy