Despite the kerfuffle from the US trade ban, Huawei still seems to be going at full speed, and future plans like the Mate 30 launch is still on track for September, but that's not all.

Starting today, Huawei announced that existing P30 and P30 Pro devices will begin to receive the next major OS update: EMUI 10, which is based on Android Q. This is a pretty major surprise, as the Mate 30 was initially pegged to be Huawei's first device to showcase EMUI 10. This also considering that the Mate 20 Pro has so far been the only Huawei device on the official Android Q developer beta program.

With EMUI 10, existing P30 and P30 Pro will be one of the earliest devices to receive Android Q. Even Samsung's newest flagship, the Galaxy Note 10, which was announced just a few days ago, will only ship with Android Pie at launch.

Remember, as with any phased rollouts, you probably won't see an OTA update immediately depending on your country/region. The build version on our phone used for this preview - 10.0.0.42 - is still a beta release. 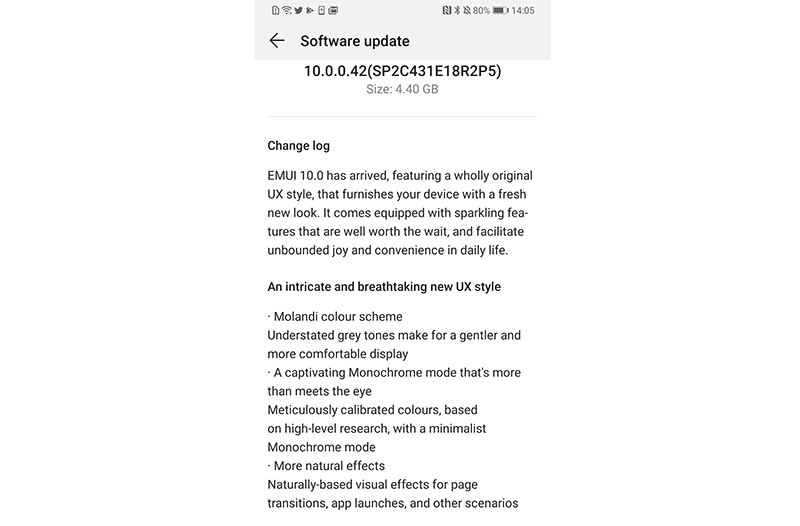 To read up about Android Q, go here first. Now, let's dive into the UI enhancements that EMUI 10 will bring over EMUI 9.x.

Magazine Design is basically what Huawei calls its new approach where UI elements are balanced between larger visuals, text and open spaces so everything is easier on the eyes. At first glance, it's a reduction to clutter so the screen doesn't feel boxed in or crammed with too much information. 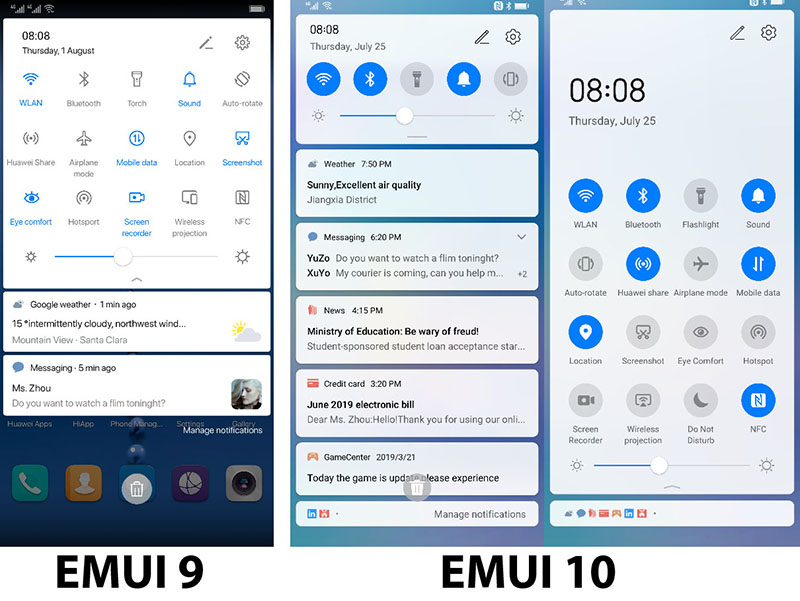 This is evident in context heavy menus such as the Settings Page, where icons are now much bigger, all the tiny sub-description text have been removed, and elements are wider spaced out. EMUI 10 also embraces circular icons again, and if the UI now looks familiar to you, it's because it's very similar to Google's Material Design, especially if you use Gmail on your phone as much as I do. 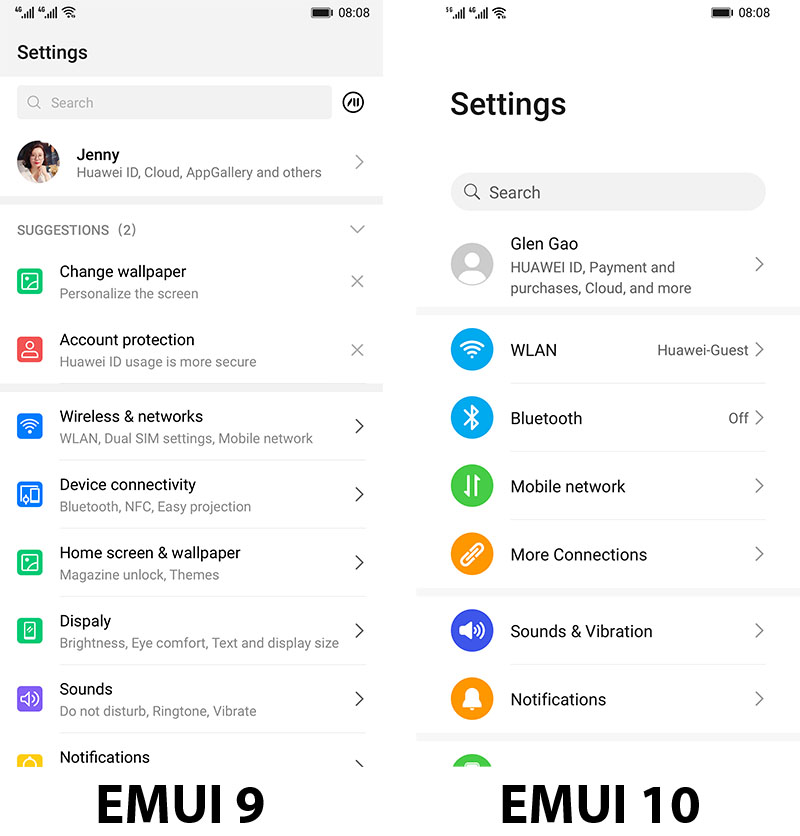 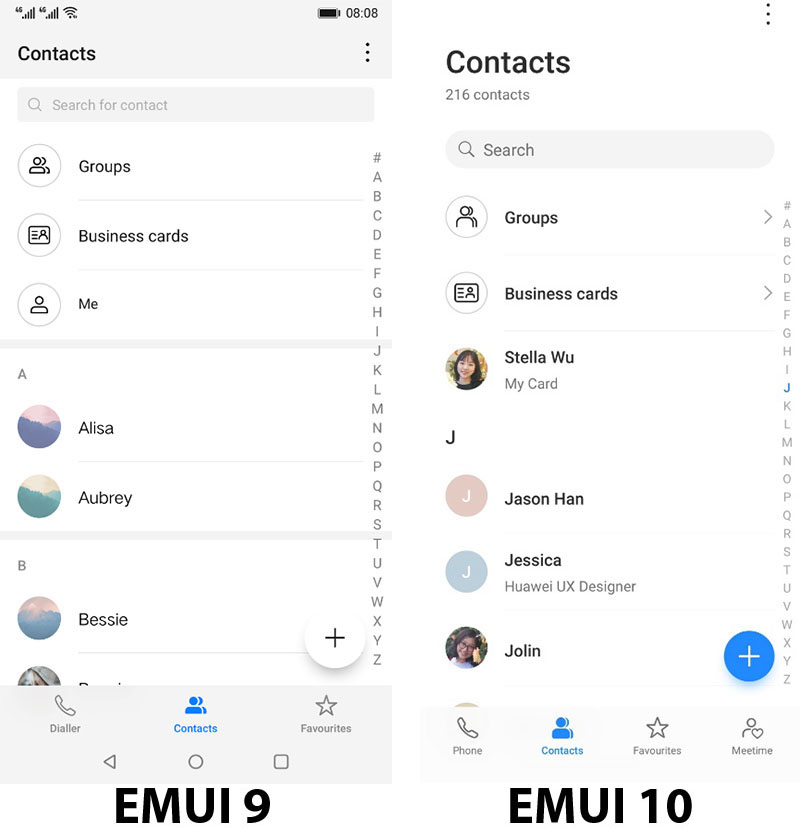 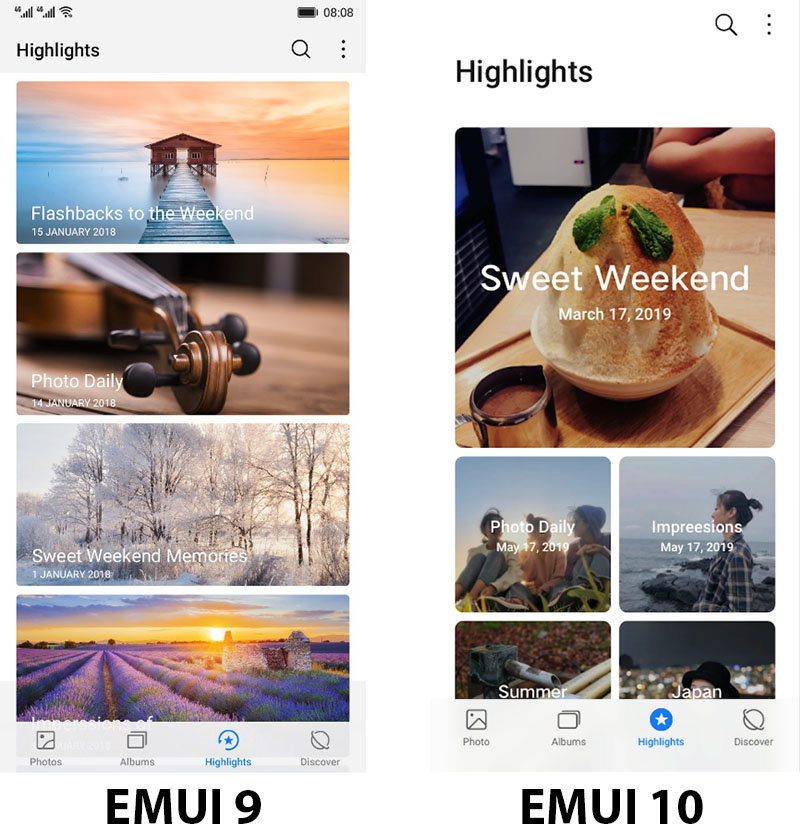 Even the new global colour palette, which Huawei actually based off Italian artist Giorgio Morandi's palette, will remind you of the lighter, pastel tones of the Pixel 3 and 3A. Personally, I'm quite pleased with this approach. Huawei already performed quite a bit of de-cluttering from EMUI 8 to EMUI 9.x, but those square icons didn't do anything for me. EMUI 10 on the other hand, looks like a step in the right direction of maintaining a distinct house-style, while successfully giving an impression that it is trying to match Android's own Material design language. 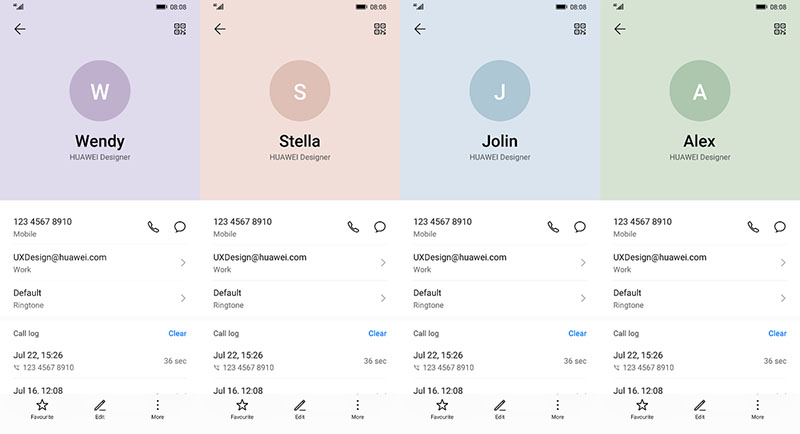 Like many custom UIs, Huawei introduced a pseudo system-wide dark mode setting in EMUI 9; "pseudo" because Android itself didn't natively support dark mode yet. This meant that the experience wasn't universal between apps.

Android Q finally gets full native dark mode support, so technically EMUI 10 doesn't need a dark mode any more. Instead, Huawei chose to tweak the way various elements on the screen are displayed when in dark mode so that the whole screen remains comfortable in any lighting condition. For example, in the Dailer screen, the larger call button's green is more subdued, while the blue on the smaller phone icon is increased. You'll also notice that the brightness of the number pad is reduced as well, and not as glaring. 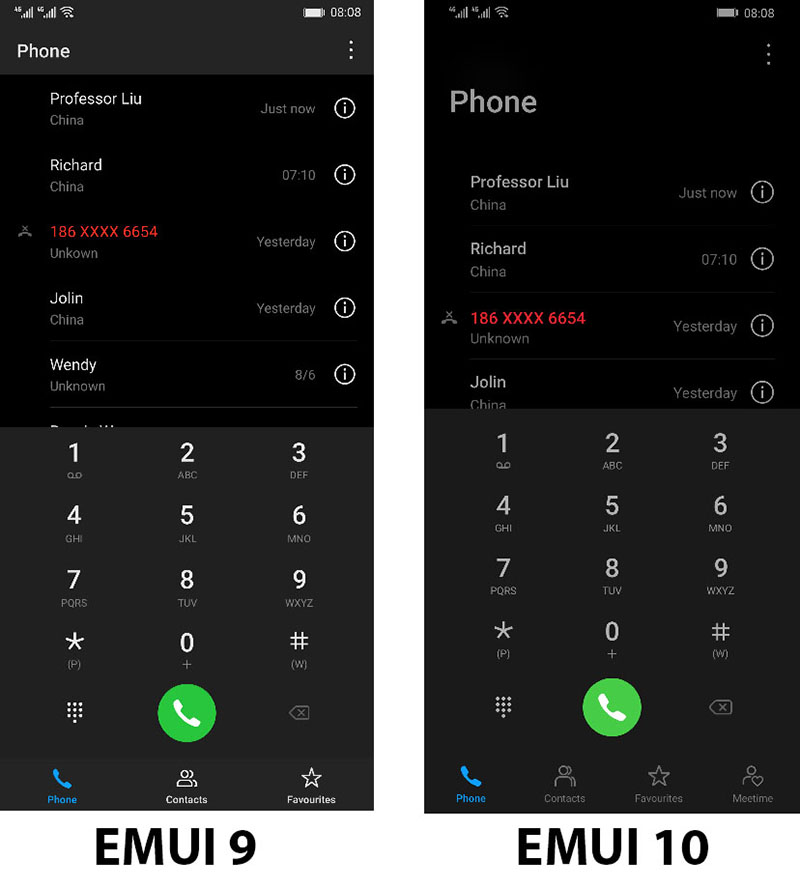 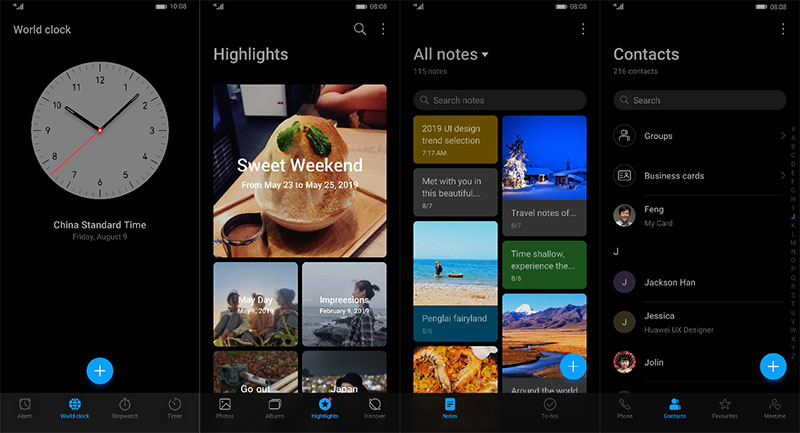 If you keep track of things like animations - and I'm going on a limb here to admit that I personally don't - EMUI 10 has a few subtle changes to tickle your fancy as you navigate through the UI.

Firstly, Huawei has doubled the amount of frames for animationa effects, from 12 frames in EMUI 9 to 24 frames in EMUI 10, so transitions are going to feel smoother in general.

Secondly, context senstive spring animation. What this means is that when you press an item on the screen, the size of the item will determine the "bounce" of the spring animation. Smaller objects will get a smaller, quicker bounce, while larger objects gets a deeper, slower bounce.

Lastly, EMUI 10 objects will also react dynamically to how you move them with some basis on real physics. For instance, if you hold an app and flick it to the right, you'd see the icon move accordingly in the speed, and direction of your flick.