Huawei announces two new MateView monitors, one for work and one for play (updated with pricing)

Huawei announces two new MateView monitors, one for work and one for play

Note: This article was first published on 30 August 2021. 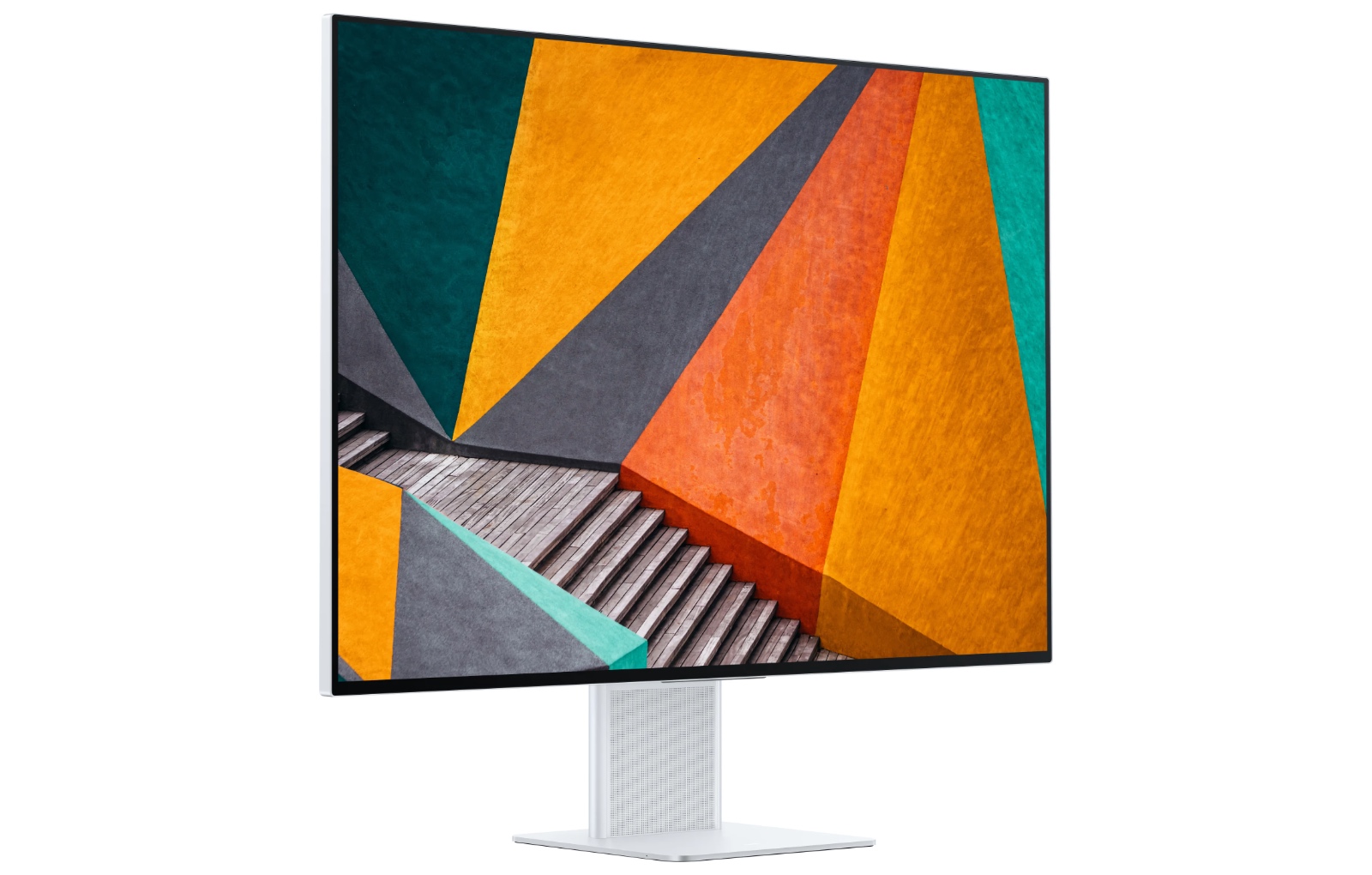 The MateView is a 28.2-inch 4K+ monitor with features that I think will appeal to many professionals looking for a high-quality display.

To begin, it has a 3:2 aspect ratio with a resolution of 3840 x 2560 pixels, which is uncommon for a monitor of its size. Compared to a standard 4K display, it has 400 extra vertical pixels, which can be useful if you are viewing long documents or large spreadsheets.

It uses an IPS panel with a 60Hz refresh rate, a maximum brightness of 500 nits, and a 1200:1 contrast ratio. Huawei says it covers 98% of the DCI-P3 colour space and 100% of the sRGB colour space. It also meets VESA’s DisplayHDR 400 requirements.

This is positioned as a premium monitor so it is only fitting that it has an all-aluminium construction. The stand features an intricate damping system for easy adjustments. It adjusts for both height and tilt.

Built into the stand are various inputs and outputs. It relies on a USB-C port for power and supports USB-C, HDMI, and Mini-DP inputs. It also has two USB-A ports. If you connect via USB-C, the MateView can provide up to 65W of charging to your device – sufficient for most ultraportable-class notebooks. 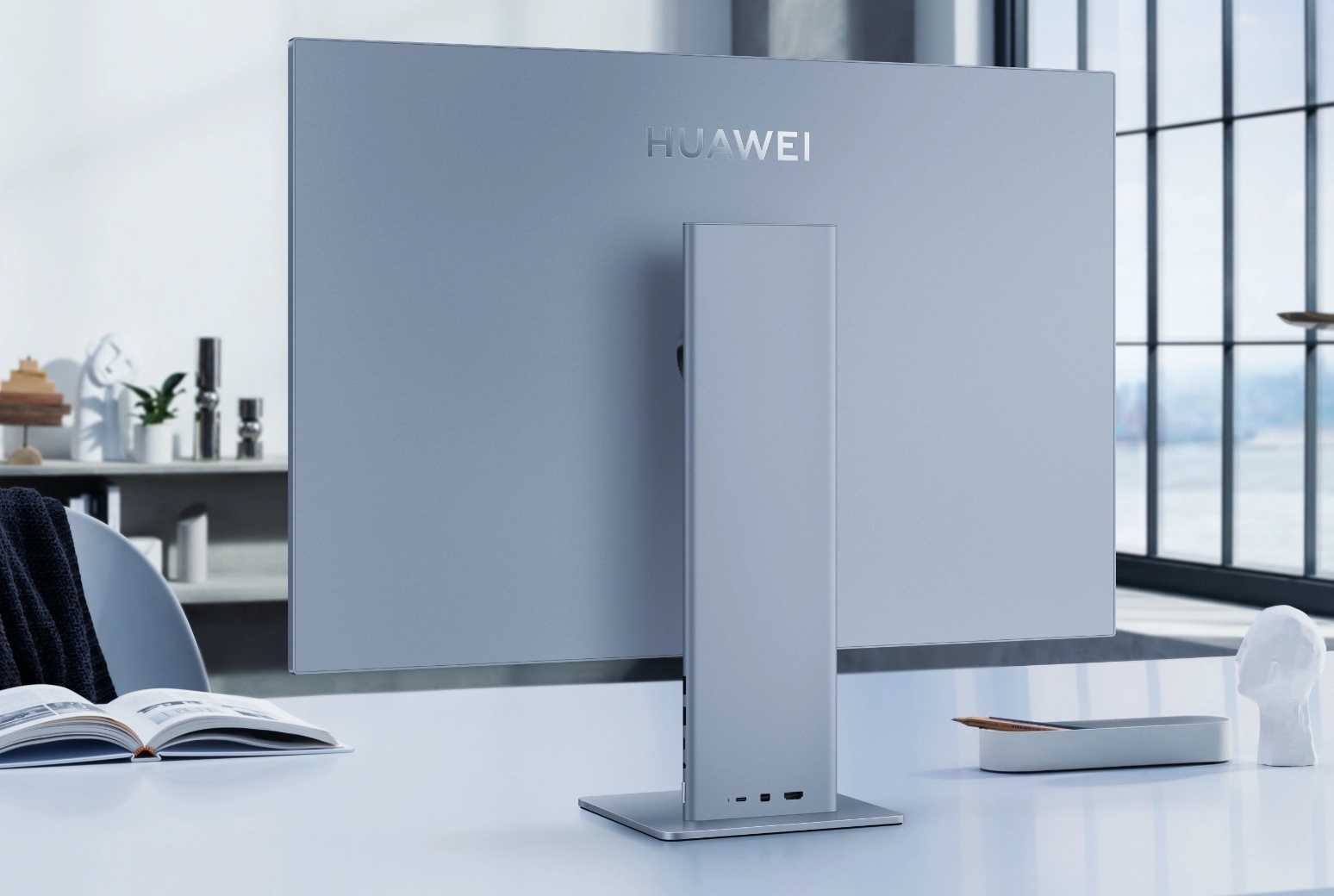 To make it easy to manage the monitor’s settings, the MateView features a Smart Bar under the monitor that relies on touch controls.

The MateView also feature built-in speakers and mics. There are two 5W speakers that rely on DSP calibration. It also has two mics that feature far-field voice pickup up to 4 metres. 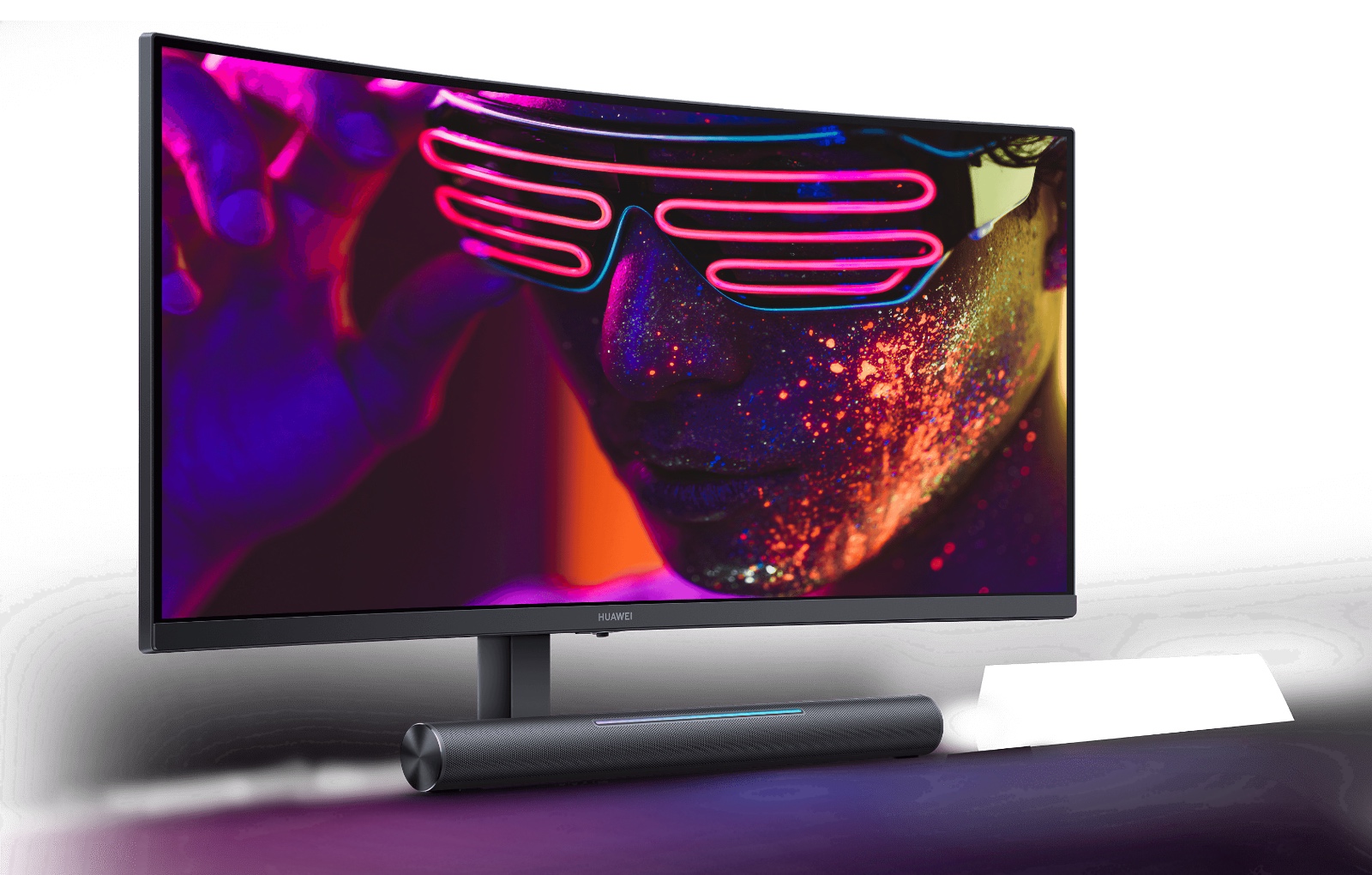 For play, meet the Huawei MateView GT. At its heart, this is a 34-inch curved high refresh rate ultrawide monitor.

Resolution is a pretty standard 3440 x 1440 pixels and refresh rates go up to 165Hz, making it one of the faster ultrawide monitors in its class. It has a curvature rating of 1500R.

The MateView GT uses a VA panel that Huawei claims covers 90% of the DCI-P3 colour space and 100% of the sRGB colour space. Maximum brightness is 350 nits and the contrast ratio is 4000:1.

There are preconfigured screen modes that set the monitor up for different game modes including MOBA, RTS, FPS, and more.

It comes on a stand that adjusts for both height and tilt. It can be wall-mounted too and uses a 100 x 100mm VESA bracket.

One of its highlight features is its integrated soundbar which features two 5W speakers and a strip of decorative RGB light that supports up to 8 lighting effects.

It also has a smart dual-mic system with far-field voice capture of up to 4 metres. It’s referred to as a “smart” system because it uses AI for echo and background noise cancellation.

The MateView GT is powered via USB-C and features various inputs including two HDMI 2.0 ports, a single USB-C port, a DisplayPort 1.4 port, and a 3.5 audio combo jack.

Join HWZ's Telegram channel here and catch all the latest tech news!
Our articles may contain affiliate links. If you buy through these links, we may earn a small commission.
Previous Story
YouTube now has 50 million Premium and Music subscribers
Next Story
Demon Slayer's Mugen Train movie is pulling into the Netflix station on 11 Sep