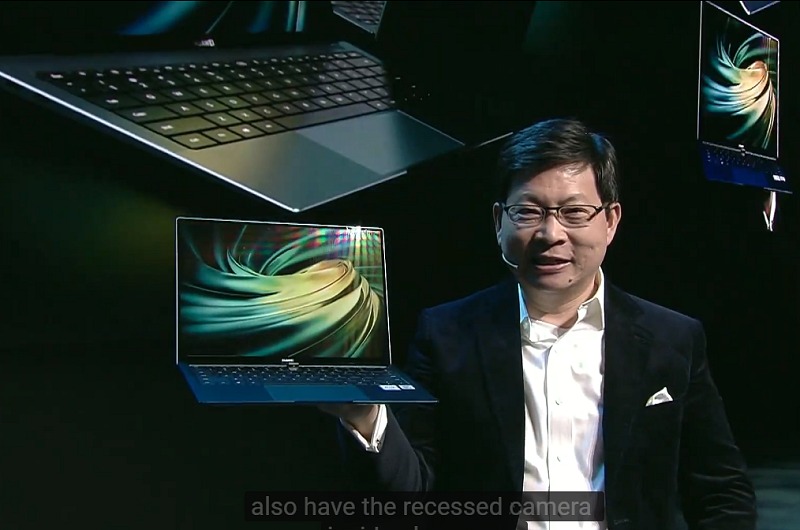 Huawei's MateBook X Pro notebooks have always been a sharp looker, even if their design has been heavily inspired by other industry players. Super thin bezels with over 90% screen-to-body ratio, a 13.9-inch touchscreen, 450-nit display with a 3,000 x 2,000-pixel resolution for a 3:2 aspect ratio still pulls in eyeballs despite the fact that much of the notebook has hardly changed from over two years back. 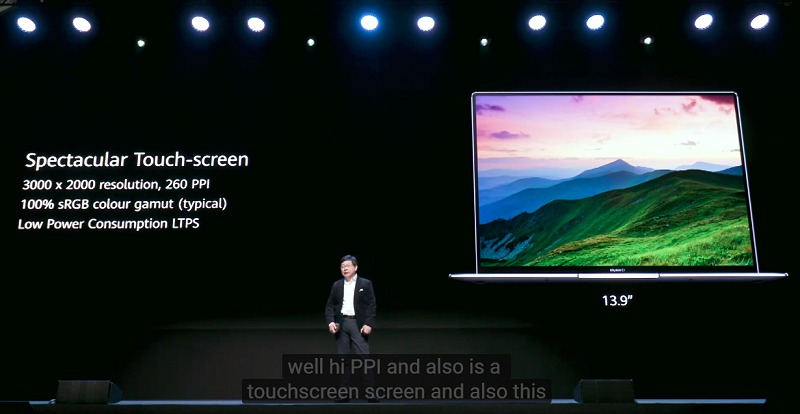 What's new is that underneath the keyboard, the notebook now comes with an Intel 10th Gen Core "Comet Lake" processor. While it's not using the 10nm Ice Lake parts, but 14nm Comet Lake processor is quite a keen performer as seen in our review of the ASUS Zenbook 14. Huawei's MateBook X Pro will still be offering the notebook with an NVIDIA GeForce MX 250 discrete GPU, and the CPU processor options go up to the maximum SKU possible of a quad-core Core i7-10510U processor. Core i5 models are also offered too (refer to pricing below). 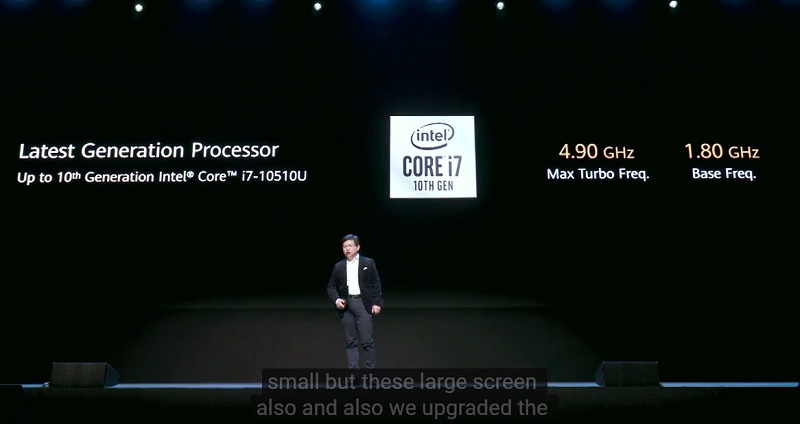 Huawei is also keen to point out its recessed pop-up camera that's built into the keyboard (also present in its previous editions), and its one-touch power button that has an embedded fingerprint scanner (which, again, isn't new). That said, they are not commonly seen features, so there's still some merit in them blowing their horn. 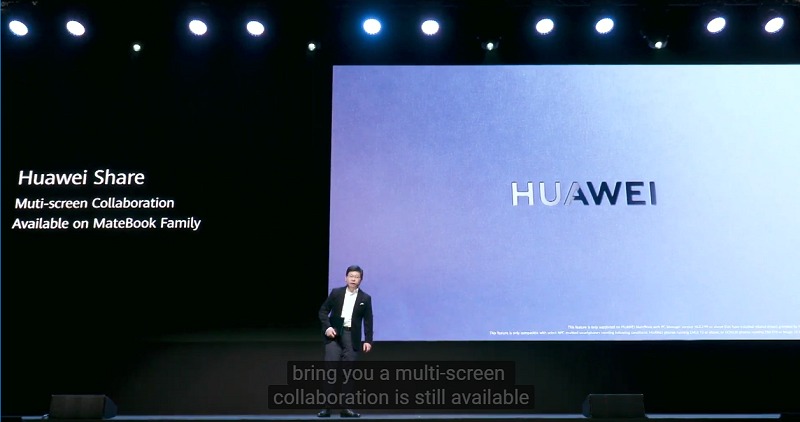 Huawei Share is not exactly a new feature, but it hasn't been well known in this region due to the non-availability of their notebooks. Huawei Share is a proximity-based technology developed for wireless high-speed sharing, convenient connection, smart collaboration, easy projection and other leading-edge collaborative experience. It also provides an efficient and seamless data transmission method for interconnection between Huawei's current 1+8+N devices ecosystem strategy where "1" represents the mobile phone and eight other device types in your modern life (which includes smart glasses and even your car). Huawei Share allows Huawei smartphone to connect with Huawei’s smartwatch, smart speaker, PC and tablet to transfer files, music, image (watch face), and connect to the internet with just one tap. It also supports Multi-screen Collaboration that delivers a seamless multi-device experience. 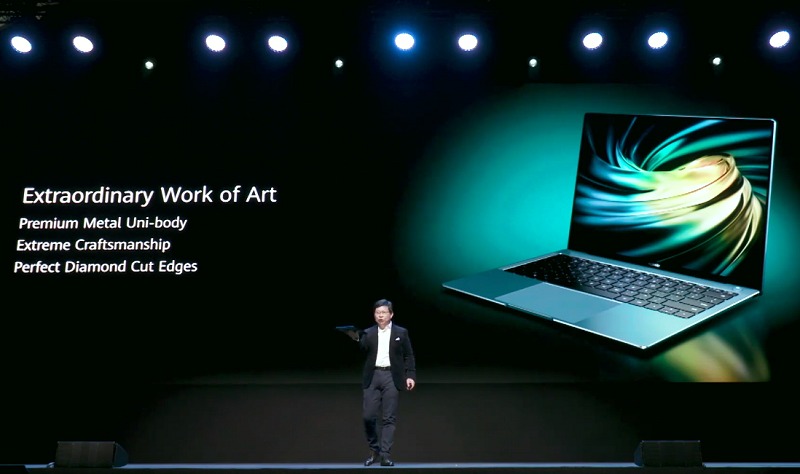 Lastly, there's a new green colourway this time round and that adds to the existing safer silver and grey colour options. Price points have also come down by 100 Euros from its 2019 edition:- 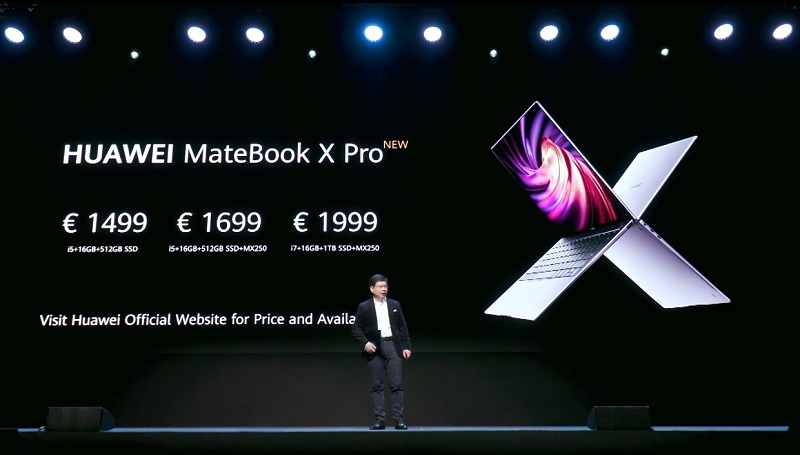 Officially, the MateBook X Pro isn't yet available in Singapore, but we'll update this space when that changes.

And if you pre-order between 18 and 24 July, you'll get free gifts worth S$1,161. This includes a Huawei Sound X speaker, Huawei Watch GT 2 in titanium grey, Huawei Bluetooth mouse, Huawei backpack, and an additional year's warranty.

For something more mainstream, Huawei offers the MateBook D 15 and MateBook D 14 that use Full HD displays though not quite the same edge-to-edge feel of the MateBook X Pro's display. At half the price of the MateBook X Pro, you'll likely forgive its aesthetic differences. Processor options are quite interesting as it starts with an AMD Ryzen 5 with Radeon RX Vega graphics, goes up to a Ryzen 7 and an Intel Core i5 processor with GeForce MX 250 discrete graphics. 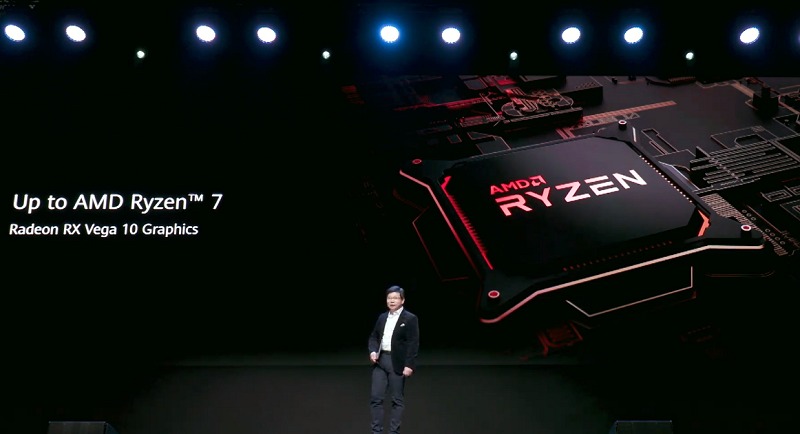 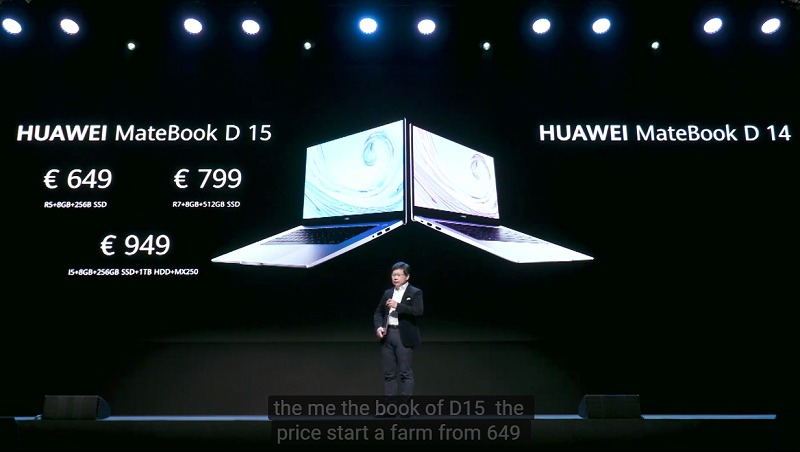 Join HWZ's Telegram channel here and catch all the latest tech news!
Our articles may contain affiliate links. If you buy through these links, we may earn a small commission.
Previous Story
Skype brings background blurring feature to iOS app
Next Story
Singaporeans can now use SingPass to access OCBC digital banking services