Note: This article was first published on 24th February 2020 and has now been updated with local pricing and availability; scroll down for the details! 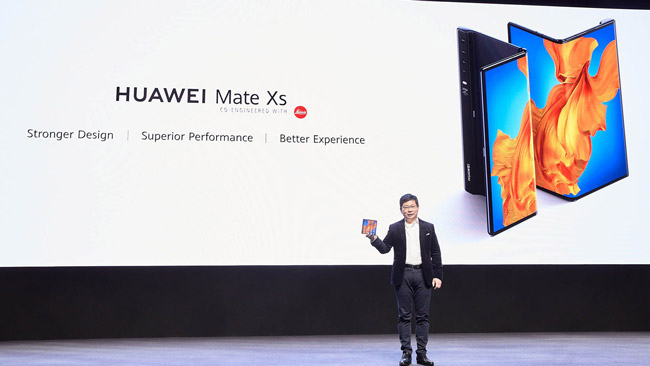 A year after debuting its first foldable Mate X smartphone at the Mobile World Congress, Huawei is back with a successor – the Mate Xs. At first glance, the Xs looks uncannily similar to the original, with the screen, cameras and overall design remaining virtually unchanged.

So, what has changed on the Mate Xs?

For a start, there’s still a release button to fold out the phone into an impressive 8-inch screen with a resolution of 2480 x 2200 pixels. But Huawei claims the display now has a 2-layer structure with added strength over the foldable OLED panel – a sandwich of two polymide films with an optically clear adhesive between them. The hinge itself has also been upgraded. Now named the “Falcon Wing” design, the number of parts and components inside it is now at 150 (the original Mate X’s hinge had around 100). 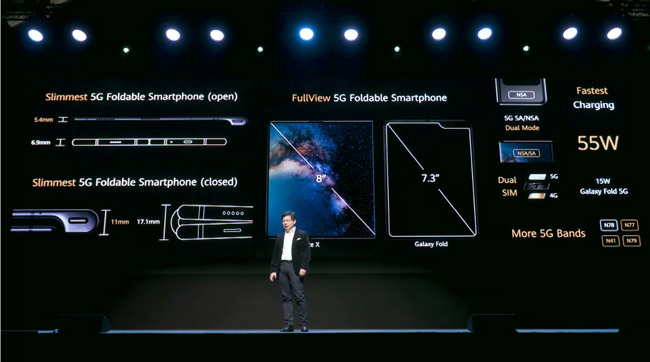 On the inside, the Mate Xs features a faster Kirin 990 5G processor and a 4,500 mAh battery with 55W fast-charging capabilities. Cameras have also improved, with the device now sporting a 40MP f/1.8 main shooter, 8MP f/2.4 telephoto lens with OIS and 16MP f/2.2 ultra-wide option. There is also a ToF module for even better edge detection and great-looking bokeh shots. There are no front cameras on the Mate X, so you only just need to fold it and look at the backside of the folded smartphone to take selfies (or wefies). 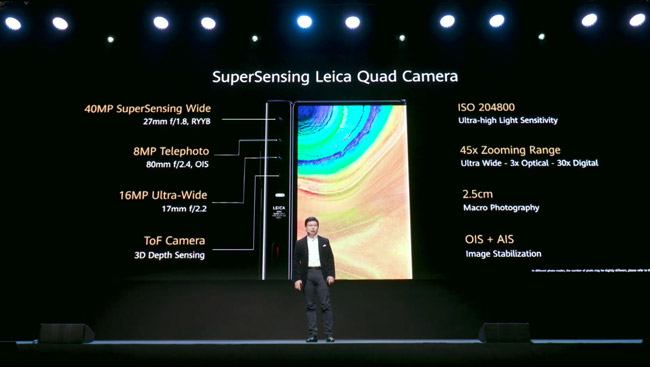 The Mate Xs will come with EMUI 10, Huawei’s own OS for the phone that is based on the open-source version of Android 10. Unfortunately, the Mate Xs won’t be released with any Google apps or services due to Huawei’s continued presence on the US’ entity list. So, it will not come with Google Play Store access, but rather its own ecosystem called the Huawei Mobile Services (or HMS). HMS is still been extensively worked on, and still misses a few important apps. But Huawei’s has opened up a US$1 billion war chest to entice developers to make apps for it since last year, so don’t bet against it not ever catching up to the Google Play Store. 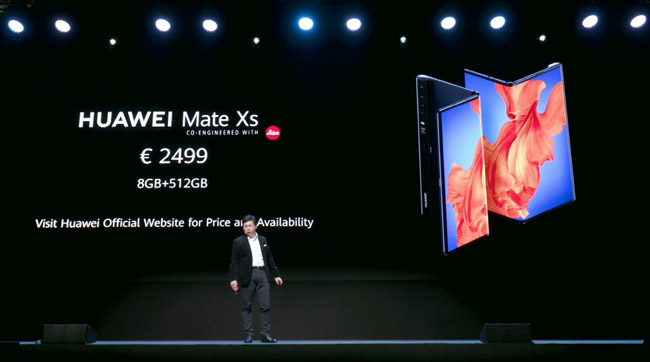 If you’re hoping to get your hands on the Mate Xs, you won’t have to wait long. It will be released in global markets outside China next month for €2,499. Stay tuned for local launch details.

Pricing and availability in Singapore

Huawei just announced that the Mate Xs, its latest foldable 5G handset, will be launching in Singapore from 21st March 2020 at a retail price of S$3,788.

United Overseas Bank (UOB) will also be the first bank in Singapore to have its consumer mobile banking app, UOB Mighty, accessible through Huawei's official app store, AppGallery. From early April onwards, UOB Mighty will be pre-installed on all Huawei Mate Xs sold in Singapore.

The Huawei Mate Xs will be available in all Huawei Concept stores, selected M1 and StarHub shops; consumer electronic stores and official online stores with Lazada and Shopee.

Customers will receive a free Huawei envelope leather case worth S$238 and a pair of Huawei FreeBuds 3 worth S$238 with every purchase of the Huawei Mate Xs, while stocks last.