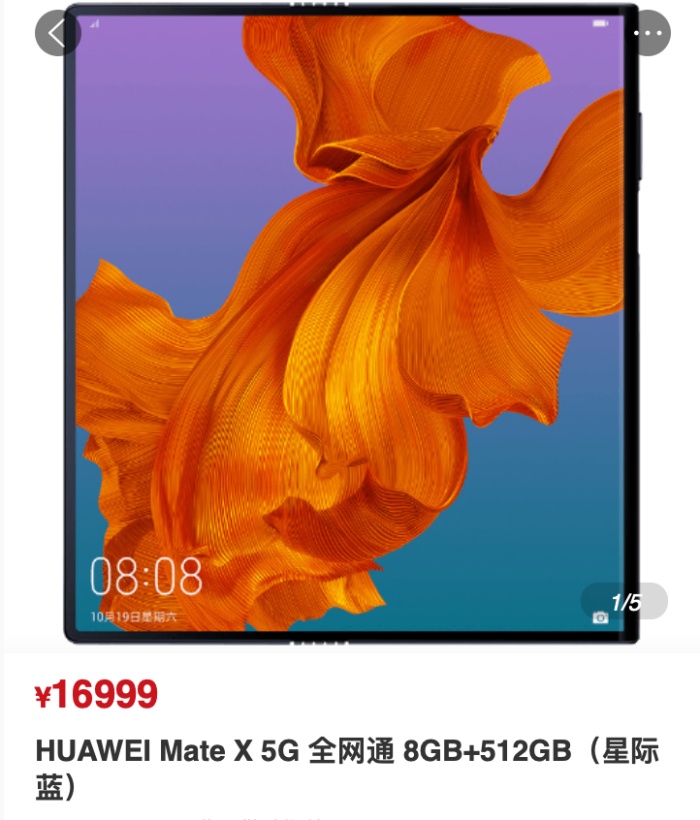 After months of delays, Huawei finally launches the Mate X in China.

The Mate X is listed at vmall, Huawei’s official online store with a price tag of 16,999 yuan (~S$3,278). It is priced slightly higher than the Samsung Galaxy Fold, which costs S$3,088 in Singapore.

Huawei’s first foldable phone is stated to come with Kirin 980 processor, an integrated Balong 5000 modem and a 4,500 mAh battery. Like the Mate 30 series, the Mate X will not ship with Google Mobile Services.

The Chinese company delayed the launch of the Mate X twice as it wanted to do more testing. In addition, Huawei reportedly wanted to wait for 5G to be more widely implemented in China and other markets before releasing it for sale.