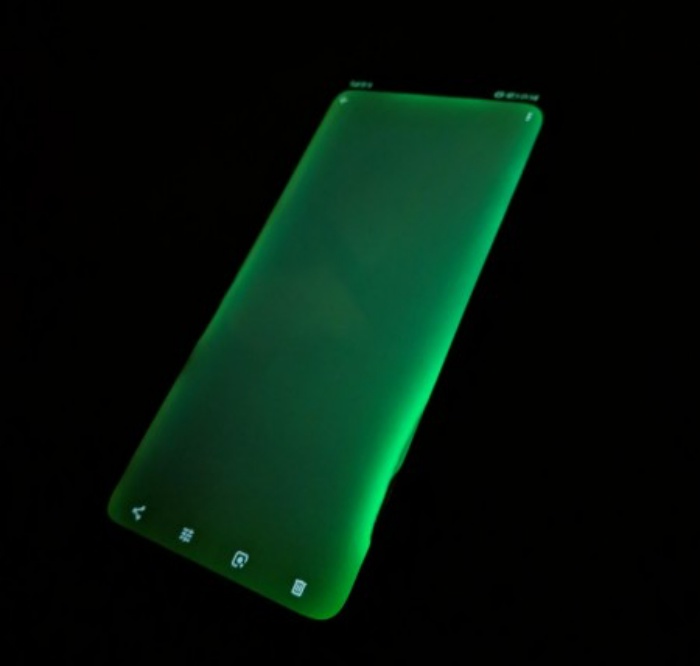 More than a week after the Huawei Mate 20 Pro hit retail shelves, some users have reported that their displays have a green tint or suffer from a light bleeding issue. The tint is reportedly most noticeable around the edges of the display when viewing content with darker backgrounds.

Huawei has not released an official statement on the matter, but there have been semi-official statements from the Huawei UK Community Forum Manager, Huawei Finland's Director of Marketing and Communications and the social media team managing the Huawei Mobile Singapore's Facebook page.

In extremely dim lighting conditions, when the screen brightness is too low, or when using dark wallpapers, these differences can be exaggerated. If the colour cast affects your normal use, take your phone to an authorized Customer service Center for assistance.

Huawei Finland's Director of Marketing and Communications - We are investigating for a long time why a small part of phones have been green in some countries. In Finland, consumers get a new phone without charge if they have a faulty display.

Several users in Singapore have encountered similar issues and reported them on Huawei Mobile Singapore's Facebook page and HWZ forums. 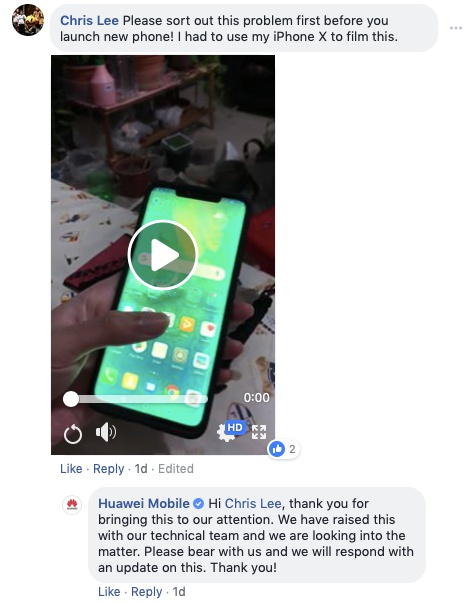 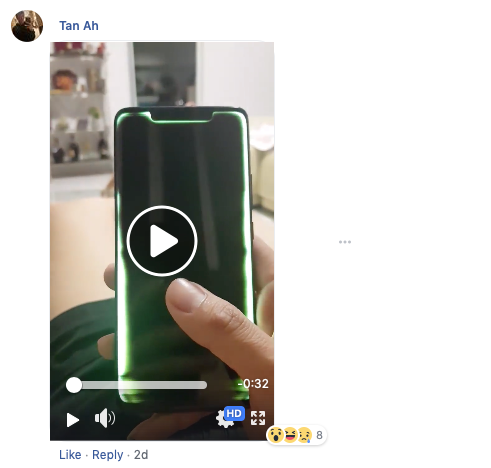 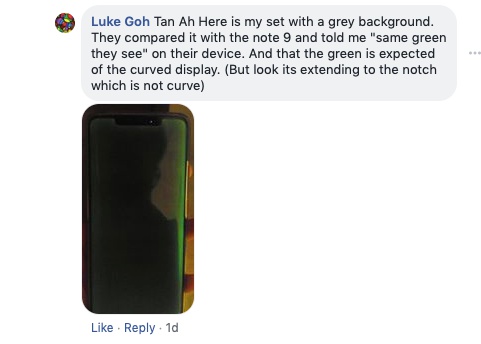 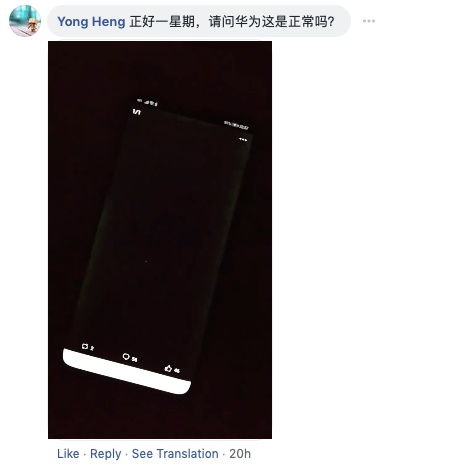 @HuaweiMobileSG replied to one of the customers' post and stated that the company is looking into the matter and will respond with an update on it. At least two users on HWZ forums claimed that the issue worsened overtime.

Some users claim that the green tint issue is due to the use of LG's OLED panels while others believe it could be caused by the screen's glue drying out.