Note: This article was first published on 20th April 2020 and the smartwatch is now available for purchase. 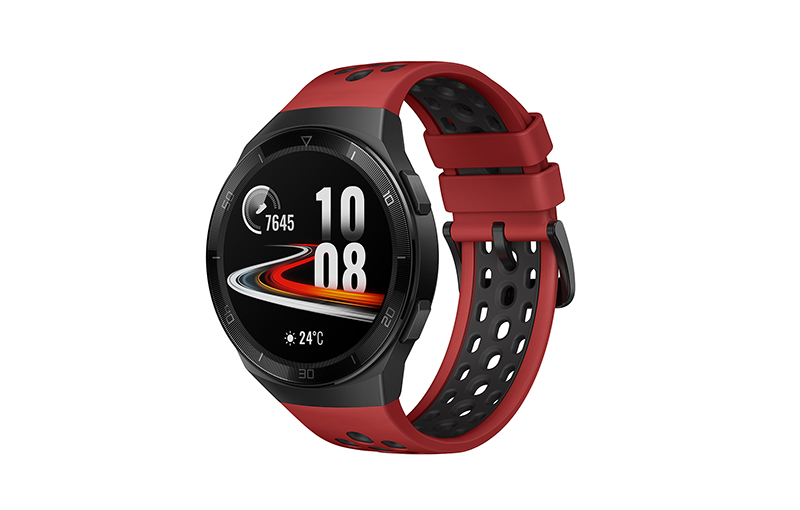 Huawei does a timely launch of their Huawei Watch GT 2e smartwatch as Singaporeans around the island are counting down to the end of Covid-19 circuit breaker measures, or Mother's Day - whichever is more important to them.

The Watch GT 2e takes on a fast-fashion aesthetic suited for folks with active lifestyles, which is in contrast to the Watch GT 2's smart-looking, classic design that launched late last year. The Huawei Watch GT 2e uses a durable stainless steel frame with wider buttons for controls, and rubberised watch straps that lay flush against the smartwatch's case. Like the GT 2, the GT 2e also uses Huawei's Kirin A1 chipset, which Huawei claims is significantly more energy-efficient than the industry's average smartwatch processor. Both GT 2e and GT 2 are also 5ATM water-resistant, which offers the devices a water-resistance rating of 50 metres, although Huawei only recommends shallow-water activities with the Watch GT 2e - such as swimming in a pool. 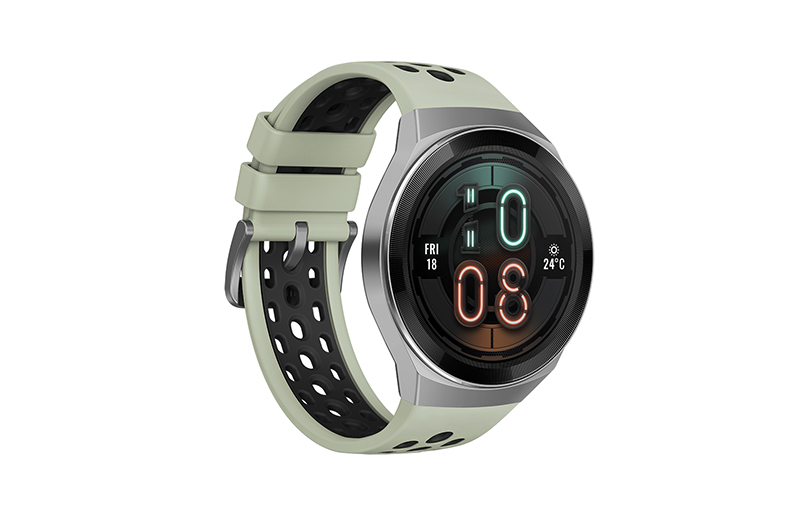 Unlike the GT 2, the GT 2e has only one size: the 46mm version. The smartwatch's face is a 1.39-inch AMOLED display (454 x 454 pixels resolution) with support for slide and touch gestures. New colours for the Watch GT 2e include Mint Green (Green & Black) and Lava Red (Red & Black) combinations. Perhaps the most important feature of all is the 100 different workout modes and blood oxygen saturation (SpO2) monitor, the latter of which is a new feature to Huawei smartwatches (users of the older GT 2 can get it via a software update).

Huawei also stated that the Watch GT 2e could hold up to 500 songs in MP3 format thanks to its 4GB internal storage. The GT is compatible with mobile devices on Android 4.4 or newer, as well as iOS 9 or later versions. Huawei claims 14-days battery life on the Watch GT 2e with 'typical use',

The Huawei Watch GT 2e has an official retail price of S$218. It officially retails from 25 April 2020 onwards on its official online stores, such as Lazada and Shopee. However, interested buyers can pre-order the Watch GT 2e starting tomorrow. Pre-orders between 21 to 24 April 2020 are entitled to a gift bundle worth S$106, which includes a Huawei Body Fat Scale, and a Huawei watch strap in Orange.