This article was originally published on 24 February 2020. 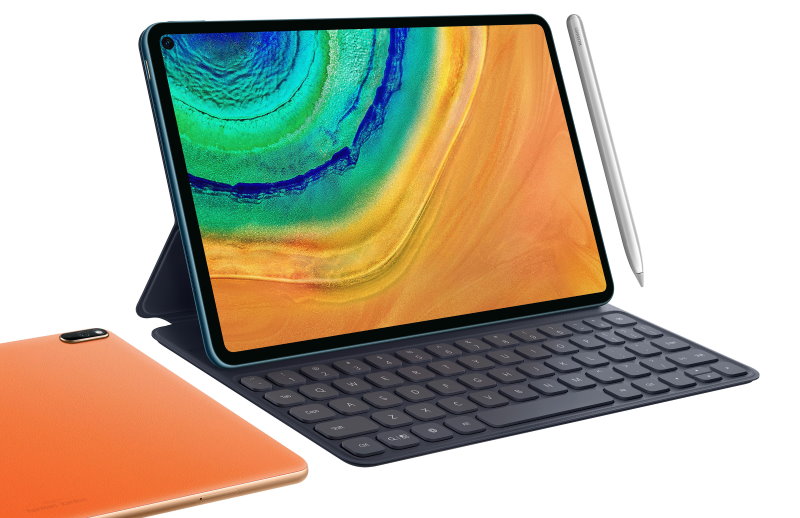 Last year, Huawei announced the MatePad Pro tablet that was seen to be a serious competitor to Apple’s iPad Pro. Indeed, its design and naming conventions—down to its accessories—felt very Apple-ish. The MatePad Pro featured a Kirin 990 SoC, its newest and most powerful mobile chipset yet. The new MatePad Pro 5G is basically a variant with the Kirin 990 5G chipset instead (which was first used on the Mate 30 Pro 5G smartphone).

In an online roundtable held on 29 May 2020, Cheng Lei, Marketing Director, PC and Tablet Business, Huawei Consumer Business Group, said that the MatePad Pro 5G version has a 30% performance increase over the 4G version launched in November 2019, partly because of a different mechanical stacking in its components. An additional 3D Graphite cooling solution was embedded to the chipset in the 5G model fo the tablet which enhanced its cooling properties and thus allowing Huawei to push up the performance output.

To recap, the Kirin 990 5G SoC comes with an embedded 5G modem that supports both non-standalone (NSA) and standalone (SA) 5G architectures as well as TDD/FDD full frequency bands. The MediaPad Pro 5G will feature 8GB RAM with two storage configurations (256GB and 512GB), plus what Huawei is claiming to be the industry’s first “ultra-thick 3D graphene cooling system with AI heat management”.

Some proprietary features of the MatePad Pro 5G includes Huawei's MeeTime, which is similar to iOS's in-built FaceTime video call alternative. Huawei said that their MeeTime calls support 1080p resolution video calls, which is higher than FaceTime's 720p call videos. Returning features also include the Huawei App Multiplier, which allows the tablet to run two instances of the same app in side-by-side windows. During the demonstration, Huawei showed that the app windows are adjustable, and can run apps which require basic login credentials simultaneously, such as online shopping and comparing products on Lazada.

As mentioned, the MatePad Pro 5G looks very similar to an iPad Pro, except for its punch-hole front camera at the top right corner. The MatePad Pro 5G will support Huawei’s Smart Magnetic Keyboard and M-Pencil accessories. The M-Pencil has 4,096-levels of pressure, and clips magnetically on the top of the tablet to initiate Bluetooth pairing as well as charging. The Smart Magnetic Keyboard is made from vegan leather, connects via Bluetooth and boasts 1.3mm of key travel.

While the standard MatePad Pro comes with a glass fiber back, the MatePad Pro 5G will feature a vegan leather finish on its back in Forest Green and Orange colours. 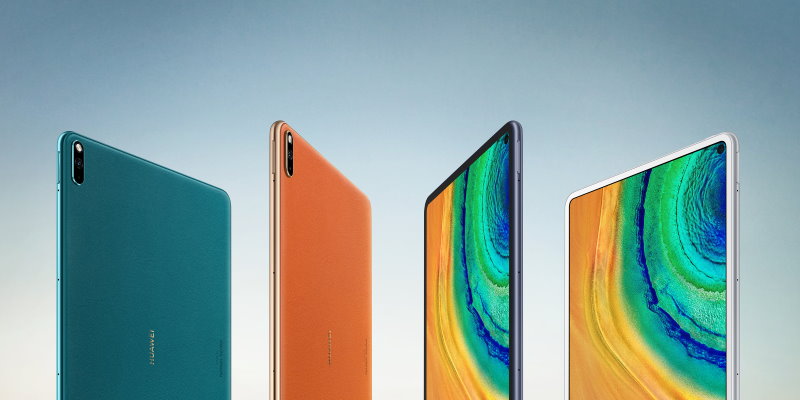 3 June 2020 update on Price and Availability

The Wi-Fi version of the Huawei MatePad Pro retails at S$898 (8GB RAM + 256GB storage) in Singapore via retailers such as Best Denki, Challenger (Hachi.tech), Courts, and Harvey Norman, as well as e-commerce platforms such as Huawei's official store on Lazada and Shopee. Pre-sales are available with an official launch due for 8 June 2020. As can be expected with all new Huawei devices, the MatePad Pro uses Huawei Mobile Services and does not come pre-installed with Google apps, but you can still get many Android apps installed just fine.

Huawei also has a 4G version of the MatePad Pro, but this is not sold in Singapore.

Join HWZ's Telegram channel here and catch all the latest tech news!
Our articles may contain affiliate links. If you buy through these links, we may earn a small commission.
Previous Story
Oppo teases with Eva inspired Oppo Reno Ace 2
Next Story
Samsung Galaxy Z Flip Mirror Gold Edition is all about raising the wow factor