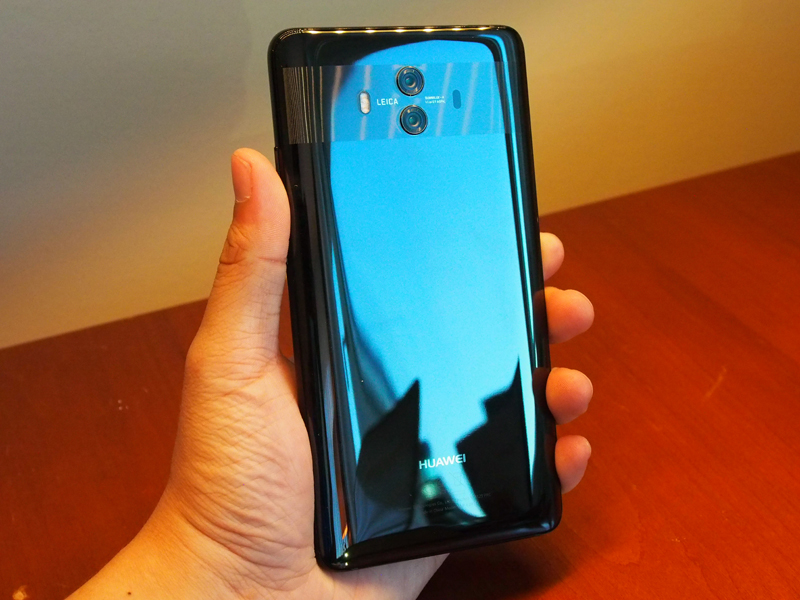 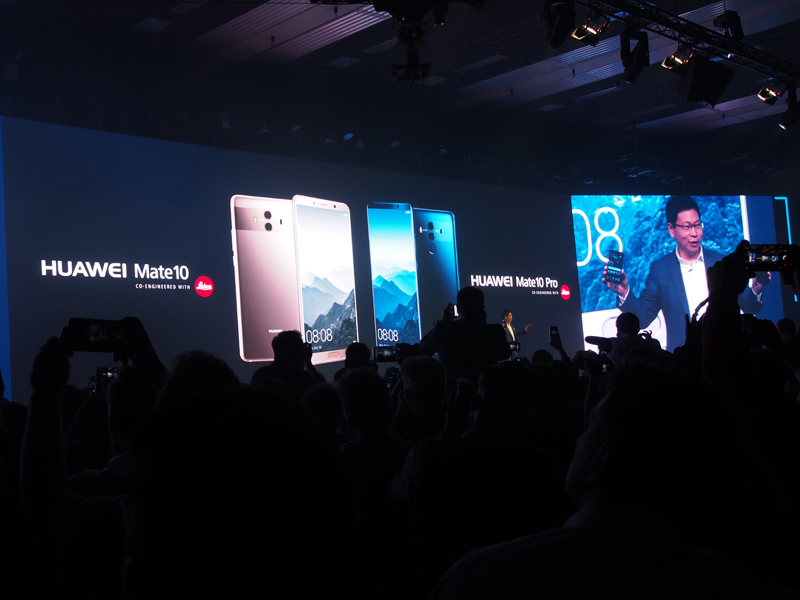 The second 2017 flagship smartphone season is now at its peak, but that's not stopping Huawei from announcing their next move. The Chinese telecommunications company launched their Huawei Mate 10 and Huawei Mate 10 Pro handsets today in Munich, Germany. This duo will be taking on titans like the Galaxy Note8, iPhone X, and others, as they represent Huawei's current flagship offering for the foreseeable future. 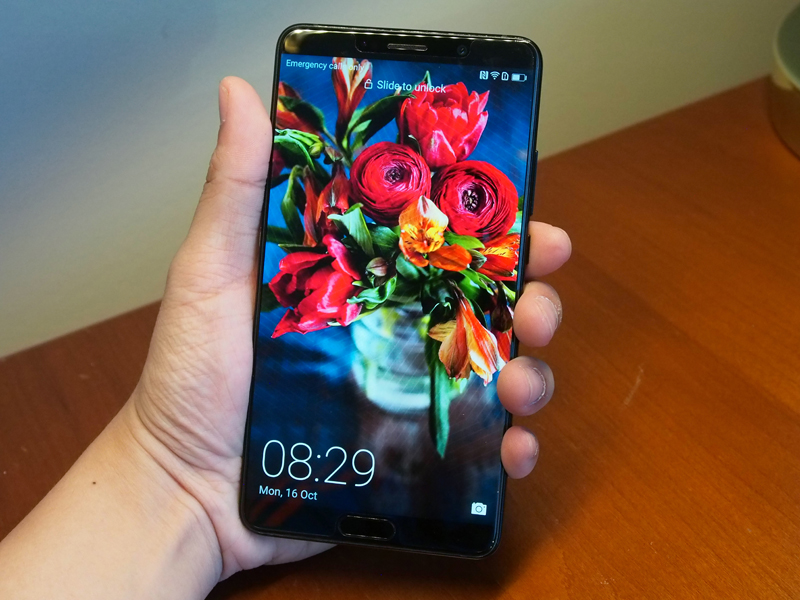 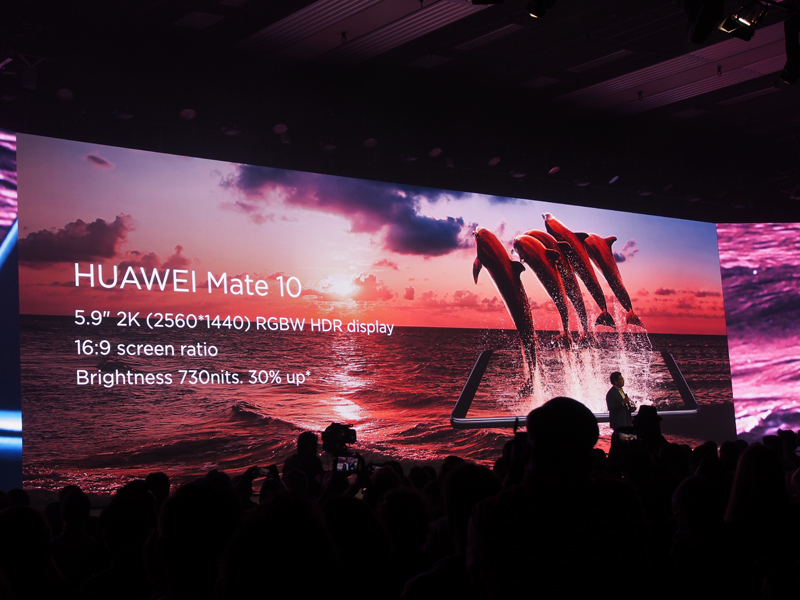 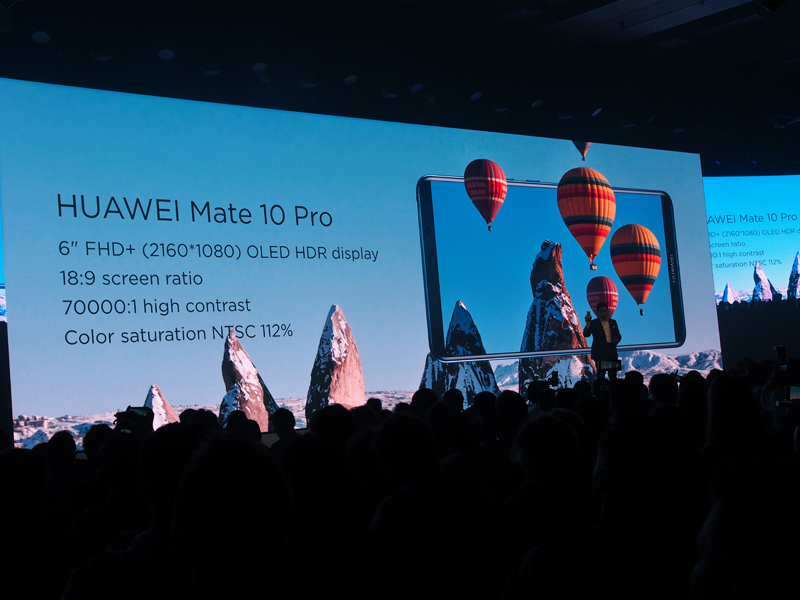 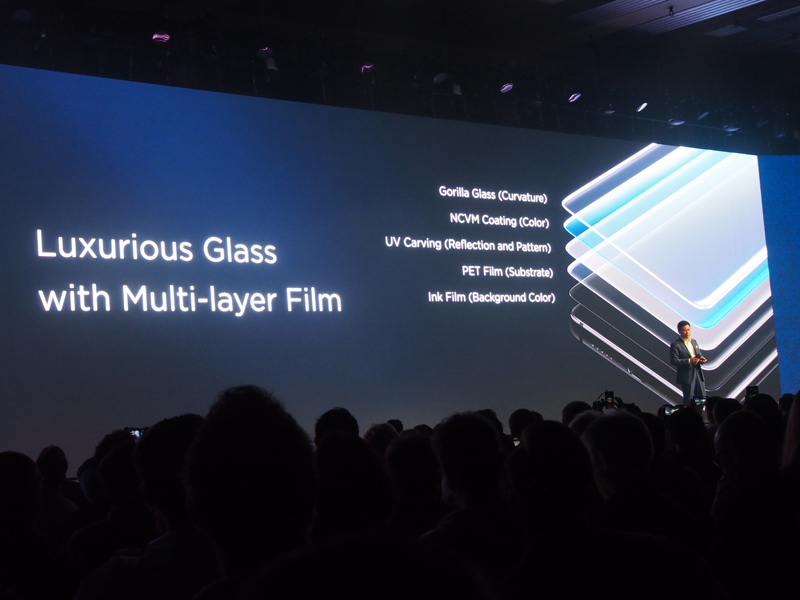 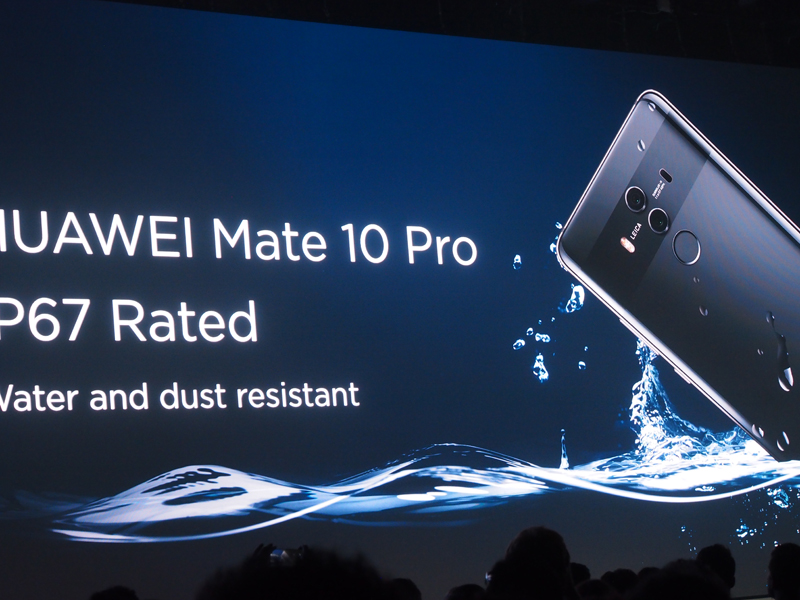 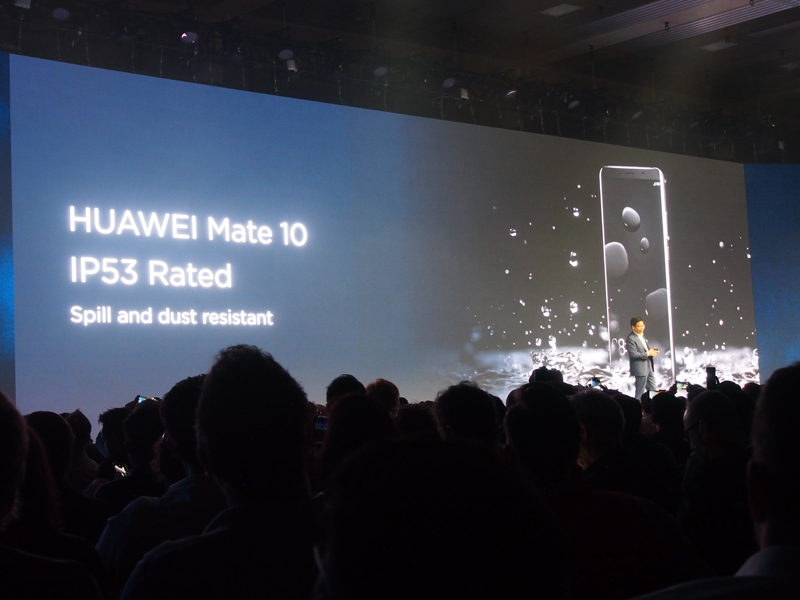 Both phones feature the same Multi-Axis Curved Design (where all four edges are curved), and they use a glass body with a glass finish. Mate 10 Pro offers IP67 water resistance, while Mate 10 has IP53-rated water resistance. Both phones also use the same SoC (system-on-chip), the HiSilicon Kirin 970. This new chipset is Huawei's crown jewel, as it features a power-efficient, yet powerful Neural Processing Unit (NPU) that is built explicitly for A.I.-related tasks, such as image recognition. You can read more about the Kirin 970's NPU here, which touches on how it works with the octa-core ARM Cortex CPU and the 12-core Mali G72 ​​GPU, while being much more powerful than these two processing units.​​​​​​ 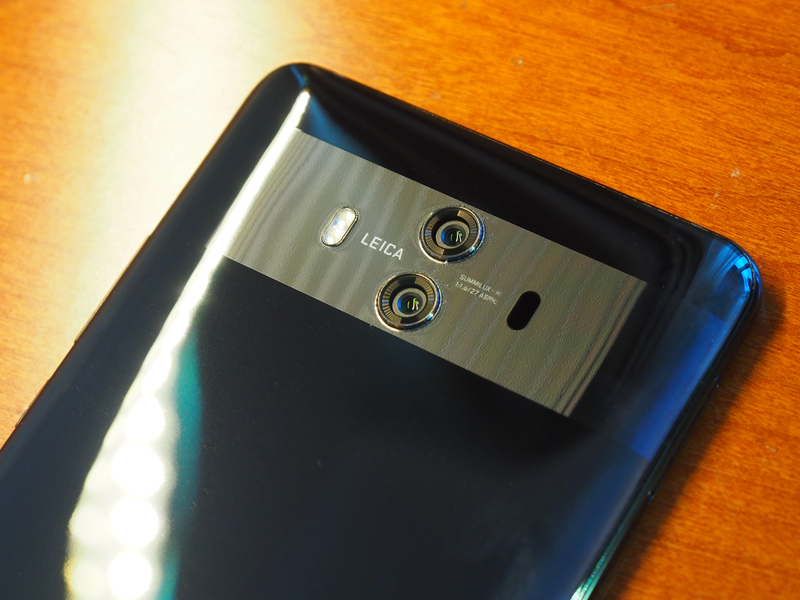 On the back, you'll see a stripe design that runs across their dual rear cameras. The rear cameras follow the same configuration as the ones found on the P10 and P10 Plus: one regular, RGB shooter at 12-megapixels, and one 20-megapixel Monochrome shooter. The rear camera system has two ISPs (image signaling processor) to help reduce the wait between each snap, increasing its overall throughput by 25%. Another new trick up the Mate 10 and Mate 10 Pro's is an A.I. Engine. It helps photo-taking users by swiftly identifying the scene, and applying the best adjustments to bring out your subject - be it a building, person, or pet. They've also implemented Leica's expertise with the use of dual f/1.6 Summilux-H lenses on the rear.

Both phones will also come with Android 8.0 OS (Oreo), and it will be skinned using Huawei's EMUI 8.0. They can be directly plugged into a monitor with a USB (Type C) to HDMI cable, and that will bring up the phones' Easy Projection mode on the bigger display. Mate 10 and Mate 10 Pro users can still use the phones to take calls and reply messages while they work on their documents à la workstation - with a desktop interface helped along by wireless keyboard and mouse. No dock is required for Easy Projection. 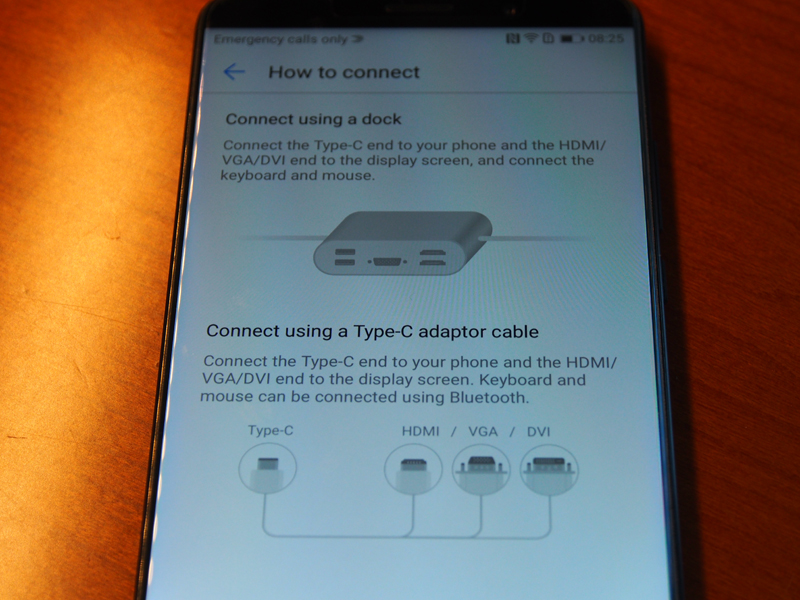 The phones are compatible with LTE Cat 18, with a maximum throughput of 1.2Gbps (using 4x4 MIMO, 256-QAM, and aggregated bands of 5CC CA in 3 FDD + 2TDD format). Their dual-SIM configuration allows for 4G connectivity and Voice over LTE (VoLTE) on both slots. Both phones will also pack 4,000mAh battery capacity, with Huawei's SuperCharge fast-charging technology. 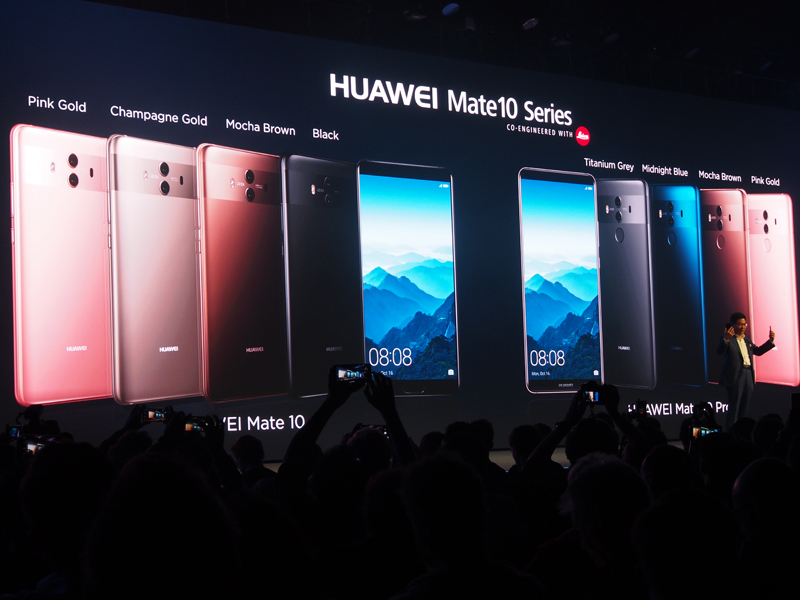 Two out of four Mate 10 colors are coming to Singapore - Mocha Brown and Black. The other variants are Champagne Gold and Pink Gold. For the Mate10 Pro, we will see Midnight Blue and Mocha Brown, while Titanium Gray and Pink Gold will be sold elsewhere. Finally, Huawei is also releasing a Porsche Design version of the Mate10 Pro, similar to last year's release. 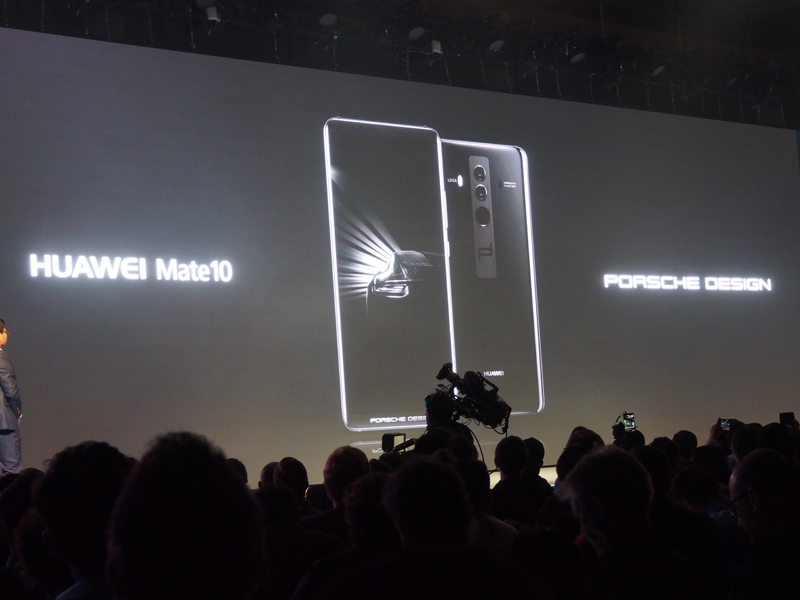 The 4GB RAM + 64GB storage Huawei Mate 10 will be available on Lazada at S$888, with a Registration of Interest period between 17th October to 23rd October 2017. The Huawei Mate 10 Pro will have 6GB RAM + 128GB storage, with its availability and pricing in Singapore to be made known on 26th October 2017. The Porsche Design Mate 10 Pro will come with 6GB RAM + 256GB storage. Stay tuned for more updates and coverage.

Join HWZ's Telegram channel here and catch all the latest tech news!
Our articles may contain affiliate links. If you buy through these links, we may earn a small commission.
Previous Story
Singapore-based luxury brand Gray has a case that costs as much as the iPhone X
Next Story
You can now try Circles.Life's 20GB mobile plan for free until the end of the year