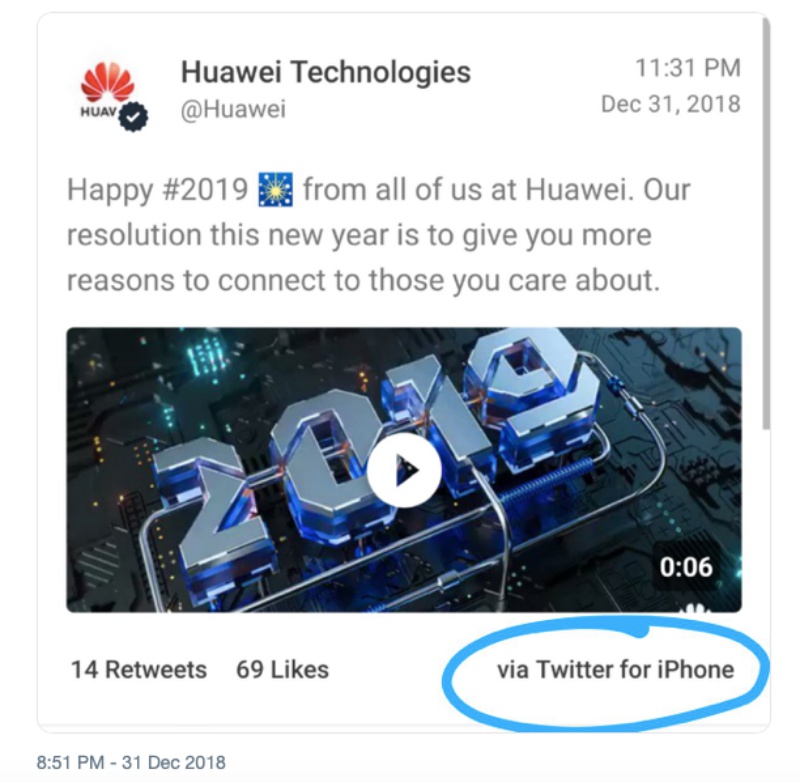 Huawei meted out punishment to two employees who were responsible for the iPhone tweet blunder which occurred on 31 December 2018.

The two employees were demoted by one rank and had their salaries cut by 5,000 yuan (~S$992). One of the employees, who is Huawei's digital marketing director, has his/her pay rank frozen for 12 months.

In an internal Huawei memo dated 3 Jan seen by Reuters, corporate senior vice-president and director of the board Chen Lifang claimed that the iPhone tweet blunder "caused damage to the Huawei brand".

The memo states that one employee used the iPhone with a roaming SIM card to tweet the message after Sapient encountered "VPN problems" with a desktop computer. The blunder showed procedural incompliance and management oversight according to Chen.

Join HWZ's Telegram channel here and catch all the latest tech news!
Our articles may contain affiliate links. If you buy through these links, we may earn a small commission.
Previous Story
New PlayStation 4 Pro 2TB and God of War Bundle available in Singapore soon
Next Story
Qualcomm posts a bond of 1.34 billion euros to enforce iPhone ban in Germany