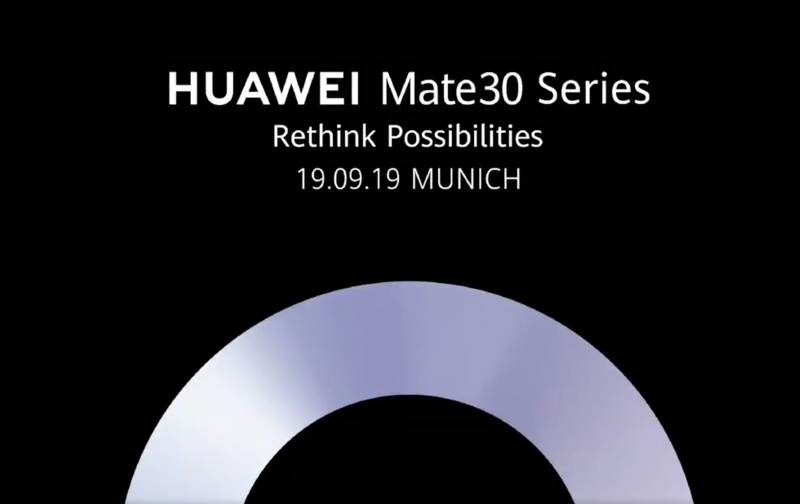 Huawei has confirmed that it would be announcing the Mate 30 series on 19 September. In a short teaser video posted on Twitter, Huawei shared that the launch event would be held in Munich, Germany and the tagline is “Rethink Possibilities”.

With the company still on the U.S export blacklist and having no access to licensed Google apps and services, Huawei will have to think of other possibilities to market or sell the Mate 30 series. Its HarmonyOS platform does not seem ready to replace Android anytime soon on smartphones.

Vincent Pang, senior vice-president and board director at Huawei, shared that the new phones would still run on Android as the company wants to maintain "one standard, one ecosystem, one technology". It could opt to use the open-source version of Android, but the lack of Google apps and services will make the phones less appealing to users.

Source: @HuaweiMobile via The Verge

Join HWZ's Telegram channel here and catch all the latest tech news!
Our articles may contain affiliate links. If you buy through these links, we may earn a small commission.
Previous Story
The SuperSolid XG340R is a 34-inch curved display that won't break the bank
Next Story
The ITE and SIM teams are our Singtel PVP Inter-Campus League finalists