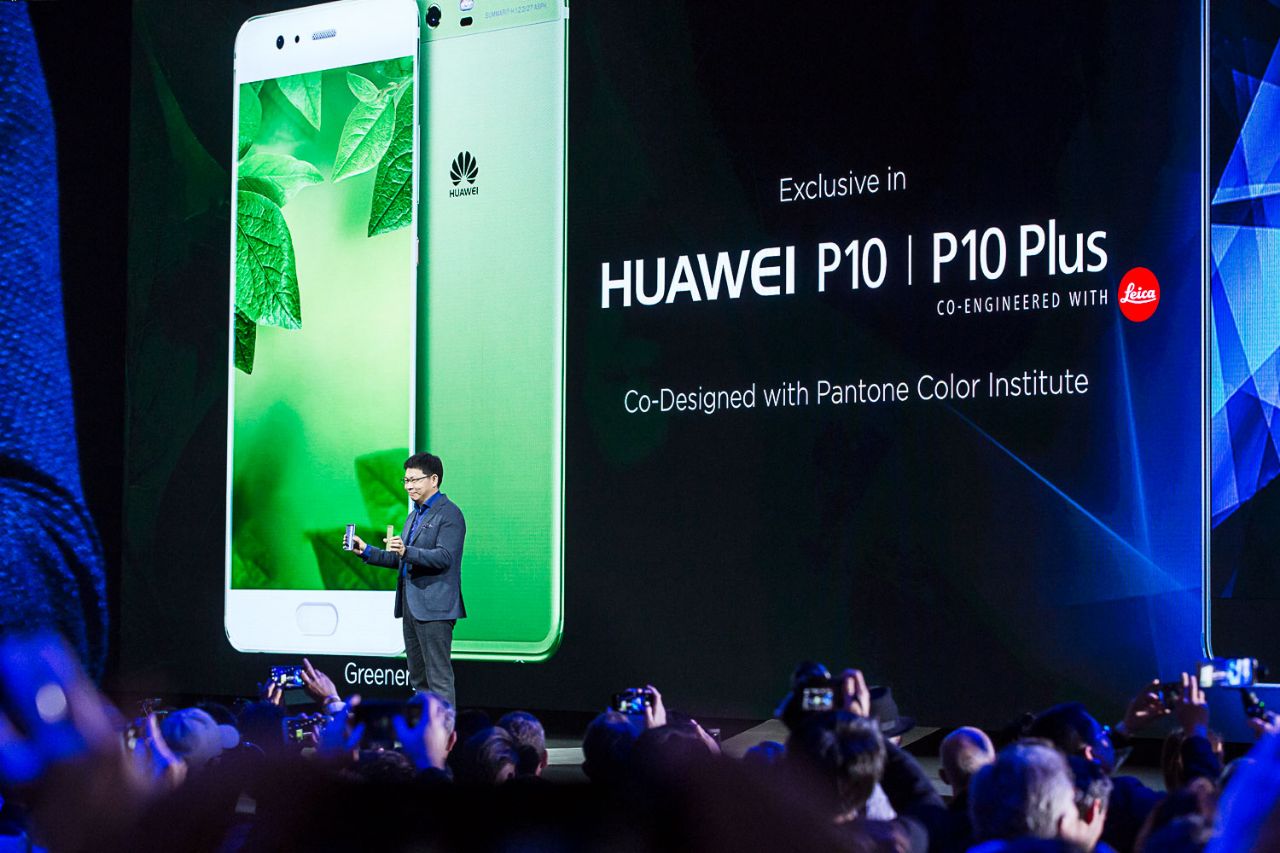 Huawei announced their 2017 flagship smartphones at MWC 2017 today. It's none other than the Huawei P10 and Huawei P10 Plus, with their signature Leica-designed dual rear cameras.

The Huawei P10 Plus uses a 5.5-inch display with 2.5D curved Gorilla Glass 5 on the front panel, at 500-nits brightness, a contrast ratio of 1,500:1, and color gamut at 96%. The phone is 6.98mm thin with no camera bump. 3,750mAh for P10 Plus (29% higher battery capacity than the iPhone 7 Plus). Both phones are water resistant with nano-coating on-board. Their Smart Touch feature packs their main navigation functions, along with a fingerprint sensor.

The P10 and P10 Plus's rear camera comes with considerable upgrades - the first step is to use the Summarit-H lens at f/2.2 aperture for the P10, while the P10 Plus has a Leica Dual-Camera 2.0 Pro Edition, with the Leica Summilux-H lens at f/1.8 aperture. The monochrome lens comes with a Natural Bokeh effect it is rated at 20 megapixels resolution. The RGB lens shoots at 12-megapixel (with OIS). The system uses 4-in-1 Hybrid Autofocus and Huawei included their very own Huawei Hybrid Zoom (up to 2x with "no loss" in detail). The camera can also record 4K resolution videos in H.265 codec.

The front camera isn't neglected - the wide angle lens is also Leica-designed with f/1.9 aperture, and the new sensor allows twice the brightness (compared to its predecessor). Adaptive selfie automatically widens the camera angle to include group selfies.

The chipset used is the octa-core Kirin 960 with 18% better CPU efficiency and 40% better graphics performance. Its RAM uses Huawei Ultra Memory technology to perform better at multi-tasking between apps. Its touchscreen uses predictive finger tracking to narrow the gap in response times. Huawei SuperCharge allows for a day's usage with just 30 minutes of charging, and its 3,200mAh battery (in the Huawei P10) reportedly offers up to 1.8 days of normal usage. Huawei's new EMUI 5.1 interface for both devices are powered by Android 7.0 OS.

Together with GoPro, Huawei co-developed a Highlights feature that's similar to Apple's Memories feature. The phone is capable of compiling reminiscent bits of your photo albums for easier browsing.

Previous Story
Google Assistant coming to Android 7.0 and 6.0 smartphones soon
Next Story
The LG G6 is a design-conscious smartphone with a giant screen and minimal bezels