Huat ah! OCBC PLayNow gives you up to S$88 daily chances to smile this CNY

Huat ah! OCBC PLayNow gives you up to S$88 daily chances to smile this CNY 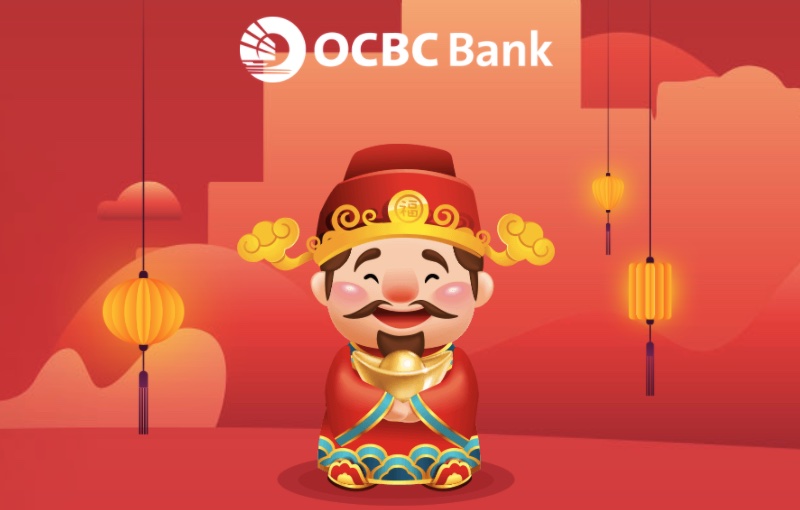 OCBC Bank has launched an online game, OCBC PlayNow, that is open to everyone with a mobile device or PC starting from 7pm on 11 February 2021. 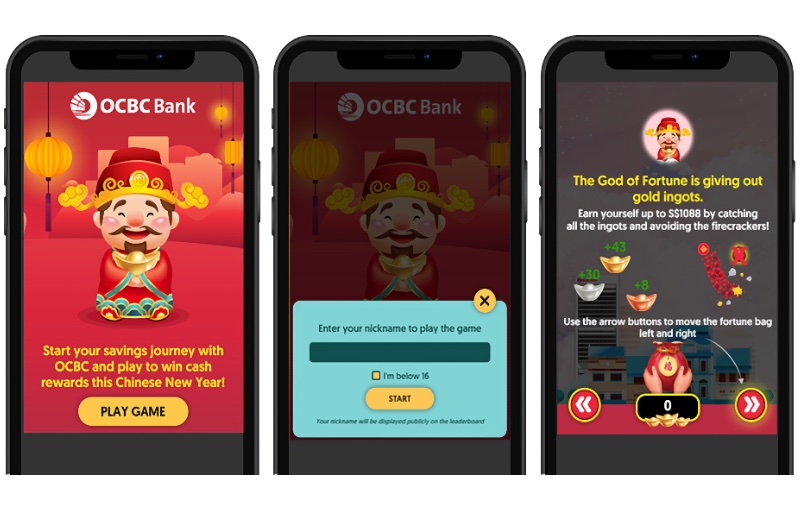 Once players click on the link, they are taken via a web browser to the game to create a nickname. To play, they simply need to use the arrow keys to catch the falling ingots in their fortune bag while avoiding the firecrackers. The game ends after three firecrackers are caught and players have the option to replay or submit their score to see how they’ve done compared to others if they’re happy with how they’ve done. They can replay as many times as they like before submitting their score to the leader board. 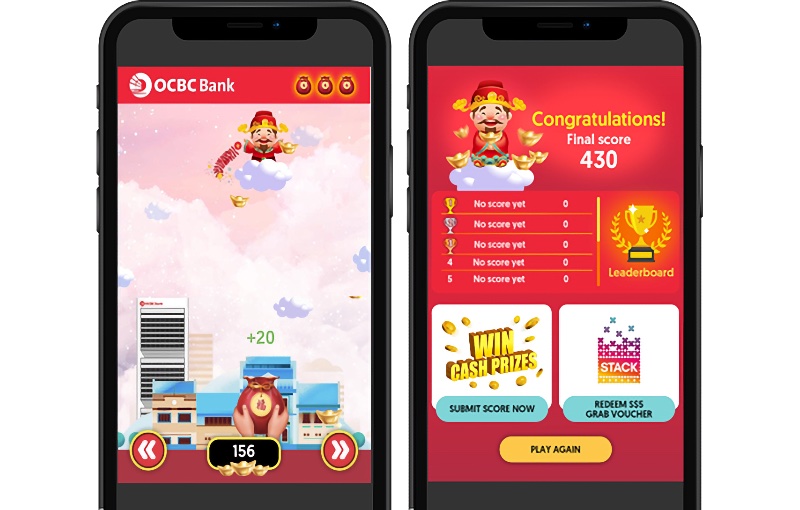 The top eight players a day will win S$28. Winners who have participated in the OCBC Chinese New Year Deposits Promotion will win S$88 instead. The overall top scorers of the whole period (11 February – 26 February) stands a chance to win S$1000, S$600, and S$300.

While playing the game is open to non-OCBC banking customers, only those with an OCBC account can redeem a prize if they win. They can however create an account after they win. Those under the age of 16 can submit their scores too by indicating they are ‘under 16 years old’ by ticking the check box before playing and having a parent to submit their score.

All players can also redeem a S$5 Grab voucher when they sign up for STACK, OCBC’s digital loyalty points exchange platform. Again, they need to be an OCBC banking customer.

“This year, to mark the festivities of the Lunar New Year, we have created a special game – OCBC PlayNow – for everyone to enjoy. In these exceptional times, with safety measures imposed on large group gatherings to keep everyone safe during this period, we wanted to inject some cheer into the CNY celebrations of our customers and their families. Our digital game, easily accessed on mobile devices, can be enjoyed by the young and young-at-heart alike. While many families may be physically apart, it is our hope that OCBC PlayNow can be a digital bridge to enable families to bond, share the joy of the season, have fun with their families and friends, and win prizes,” said Sunny Quek, Head of Consumer Financial Services Singapore at OCBC Bank.

Again, the essentials are as follows:

Join HWZ's Telegram channel here and catch all the latest tech news!
Our articles may contain affiliate links. If you buy through these links, we may earn a small commission.
Previous Story
Google Pay celebrates CNY 2021 with "Huat pals" angpow cashback (updated)
Next Story
Analyst estimates there are more than 100 million Apple Watch users