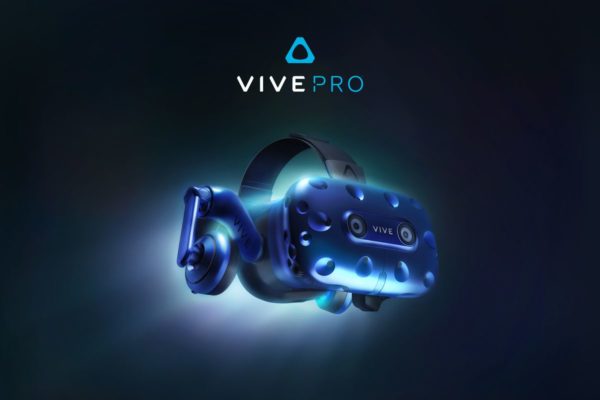 Alongside the increase in resolution, HTC has also redesigned the Vive Pro’s headstrap to be more comfortable and added built-in headphones. The new head strap includes a sizing dial that aims to make the headset more balanced, so it won't feel as front heavy as the original Vive. HTC has also added dual microphones and dual front-facing cameras. Finally, the Vive Pro comes in an attractive metallic blue finish to differentiate it from the black finish of the original Vive.

The Vive Pro will be backwards compatible with both 1.0 and 2.0 SteamVR tracking, and you can use up to four base stations for room tracking on the Vive Pro. The Vive Pro headset will launch in the first half of this year, but pricing has not been announced yet.

Join HWZ's Telegram channel here and catch all the latest tech news!
Our articles may contain affiliate links. If you buy through these links, we may earn a small commission.
Previous Story
Lenovo’s Smart Display is a Google Assistant-powered competitor to the Amazon Echo Show
Next Story
Lenovo’s Miix 630 joins the ranks of Snapdragon-powered devices with all-day battery life