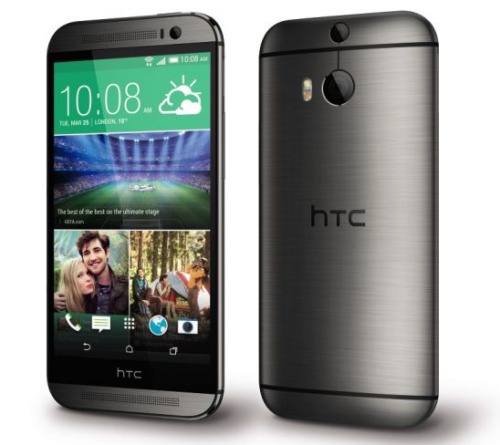 HTC is definitely feeling "More Than One"  as it just unveiled yet another smartphone, the One M8s.

According to AnandTech, the HTC One M8s is positioned between the mid-range and flagship segment. On the outside, it looks exactly like the One M8. However, much of the changes are on the inside.

Other changes include a Qualcomm Snapdragon 615 octa-core processor (4 x Cortex A53 at 1.7GHz + 4 x Cortex A53 at 1.0GHz), 2GB RAM, Android 5.0 and the latest Sense 7 user interface. It also retains the dual-camera setup, but the rear UltraPixel camera sensor is now replaced with a 13-megapixel f/2.0 camera module (the same as that used on the Desire Eye). The front-facing camera remains at 5 megapixels and comes with an aperture of f/2.8.