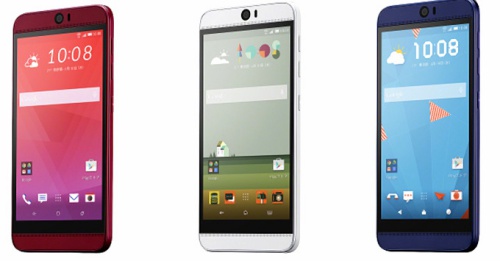 Available at Japanese carrier KDDI in early June, the J Butterfly is set to be HTC's most powerful smartphone yet. It sports a 5.2-inch Quad-HD Super LCD 3 display, which is the third handset after the One M9+ and E9+ to come with such high resolution displays.

Similar to the One M9, the J Butterfly is powered by a Qualcomm Snapdragon 810 processor, 3GB RAM, Sense 7 and Android 5.0 Lollipop. The Duo Camera - which debut on the One M8 and also found on the Butterfly 2 - makes a return on the J Butterfly with a higher megapixel count of 20.2. The J Butterfly also sports a 13-megapixel front-facing camera.

Join HWZ's Telegram channel here and catch all the latest tech news!
Our articles may contain affiliate links. If you buy through these links, we may earn a small commission.
Previous Story
Take note, heat can kill data stored on SSDs
Next Story
Apple Music to launch in end June with Ping-like social network for artists?