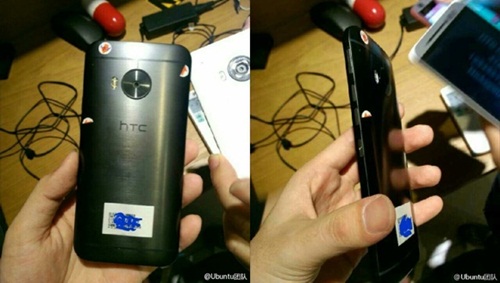 "Some huge surprises" may indeed be coming our way if the latest report from @upleaks is right.

According to @upleaks, HTC will be launching a larger version of the One M9 end of this quarter or early Q2. The device is known as the One M9+ and might be powered by a MediaTek 6795 octa-core processor.

Other rumored specs include a 5.2-inch Quad-HD display, a fingerprint scanner, 3GB RAM and 32GB internal storage space. Photos and benchmark scores of the alleged device have surfaced online, which suggest that the One M9+ is actually real.