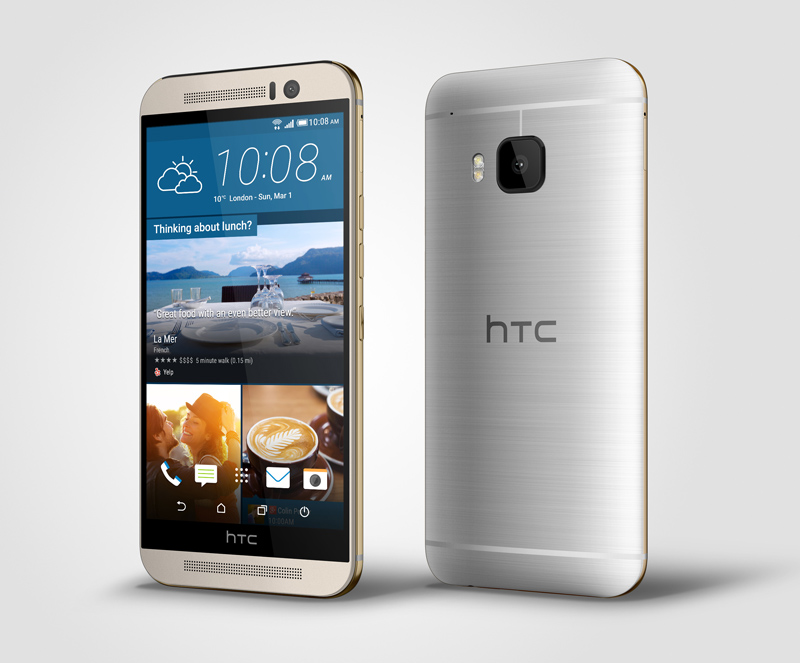 Updated on 27th April 2015, 10am: HTC has just informed us that they've made an error and Singapore will only receive two color options out of the four possible options from HTC. There's no word yet if HTC will bring the other color options at a later date. We've updated the earlier published news piece below to reflect this change.

After nearly two months since it's unveiling, HTC had finally revealed pricing and availability details of its long awaited new flagship, the HTC One M9.

HTC's next generation flagship will be available in all four two color variants in Singapore from May 2, 2015 at M1, Singtel, and StarHub. It will be priced at S$1,008 (non-contractual price) and have the following color options:-

To recap, the the HTC One M9 is powered by a Qualcomm Snapdragon 810 64-bit octa-core processor with 3GB RAM and runs the latest Android 5.0 Lollipop 64-bit operating system. The phone comes with 32GB of built-in memory with a microSD slot for memory expansion of up to 128GB. It supports a nano SIM card and will operate with the latest LTE Cat 6 network. Screen is 5-inches wide with a full HD resolution that gives it a total screen density of up to 443ppi.

The phone’s front camera has been upgraded to HTC’s Ultra Pixel f/2.0, 26.8mm camera that promises to give selfies an added boost in clarity and low-light performance. The rear camera on the HTC One M9 now comes with a 20MP, f/2.2, 27.8mm camera that features sapphire cover lens that protects it from scratches. The camera will also support shooting in 4K resolution as well as RAW. In the audio department, HTC's BoomSound front firing speakers in the M9 have now been enhanced with Dolby Surround audio. Simulating 5.1-channel Dolby Surround sound, the HTC One M9 will double up as your portable entertainment center, which has been one of its strong suits since the debut of the One series.

Although the HTC One M9 is the company's next flagship smartphone, its story to publicity and retail is anything but rosy. It is one of the most leaked products in recent history where almost everything about it was either deliberately or accidentally made available on the internet and there was little that made us go wow when we were present at its official industry unveiling before MWC 2015 began. Don't get us wrong, it's a really nice looking phone and HTC has put in quite a lot of effort in refining its brushed aluminium chassis has taken them years to perfect, with the new M9 chassis design requiring up to 300 minutes to manufacture - twice the amount required to manufacture the M7’s chassis (which is the original HTC One). Beyond the leaks, there was a long void in availability and pricing information while other brands have made swifter advances.

Meanwhile, check our full review of the HTC One M9 coming up later today to find out exactly how well does it fare as a premium smartphone in 2015. For now, we'll leave you with this hands-on video and experience when we first handled the device back in early March:-