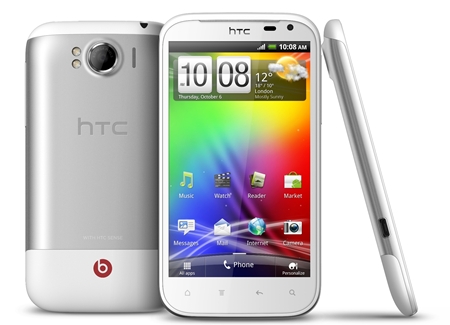 Despite concerns that the company is going downhill after losing its innovative edge to competitors and a struggling fight in the patent lawsuits, Chief Financial Officer Winston Yung responded that HTC remains confident in its market strategy and will not end up as the next Nokia.

Speaking to Reuters on Monday, Yung stated that the situation is not as serious as many had claimed to be, and said the company will be "focusing on the product" in 2012 which will include releasing "some worldwide flagship products" to strengthen its position in the market.

Reuters - "We will focus on the product next year, better and more competitive. Other than new LTE phones for the U.S. market, we have phones for the global market. We will launch some worldwide flagship products. We're confident in them," said Yung.

Yung also reinforced the fact that HTC has had six quarters of improvement and is looking forward to shipments of 45 millions this year. Although this is the company's most conservative guidance, it is still significantly higher than last year's record of 25 million units shipped.

The recent leaks of high-end smartphones and an Android tablet appear to suggest that HTC has some firm plans in the pipeline to refresh its product line-up to remain relevant in an increasingly competitive market.

Previous Story
Cougar Extends Their Chassis Lineup with the Evolution Full Tower
Next Story
1080p Ultrabooks from Acer and ASUS in early 2012?