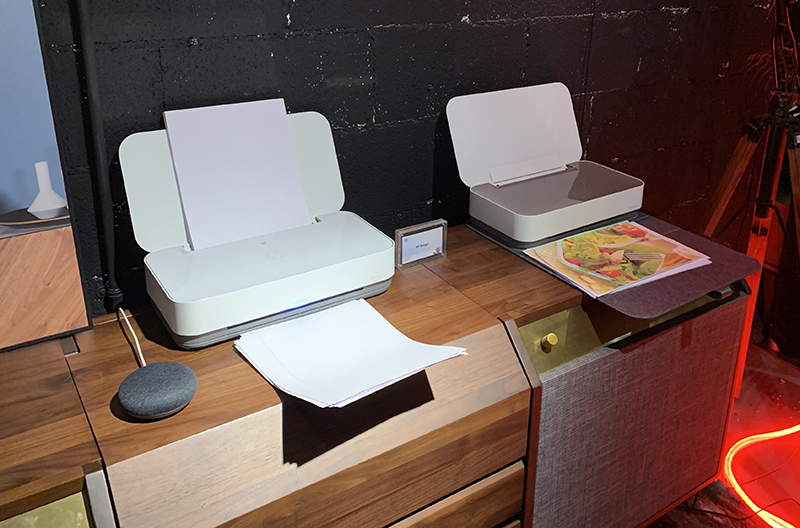 Many printers tend to be bulky, boring-looking machines, but not so the HP Tango X. This is a compact and modern printer that will blend in in your living room, and it also comes with a bunch of smart features such as voice control capabilities.

Convenience is a central tenet of the Tango X's design, and you can connect it to your smartphone using the built-in dual-band Wi-Fi and easily print photos or documents. As it turns out, the Tango X is also a fully wireless printer, and there's no way to operate it over USB.

You can control it using the HP Smart app on either an Android or iOS device, which you can use to print pictures stored in the cloud. One of the more popular features will probably be the ability to print directly from Facebook, but you can also use the app to access other files stored in services like Google Drive or Dropbox.

In addition, you can scan a document with your smartphone and then quickly print it out.

That said, the highlight feature is probably the printer's voice control capabilities, and HP says it will work with the main voice assistants, including Amazon Alexa, Google Assistant, and Microsoft Cortana.

HP also makes another model called the Tango, and the main difference between the two models is the presence of the fabric cover on the Tango X. This cover can fold up to cover the entire printer, so it looks more like a piece of furniture than a printer.

The Tango and Tango X printers will be available in late February starting at S$219 and S$289 respectively.

Join HWZ's Telegram channel here and catch all the latest tech news!
Our articles may contain affiliate links. If you buy through these links, we may earn a small commission.
Previous Story
HP’s Spectre Folio is a 13.3-inch convertible that looks like a leather book when closed (Updated)
Next Story
HP's new Spectre x360 convertibles boast more modern and stylish designs