In today's unusual circumstances where various industries are now heavily disrupted, carrying out day-to-day work are mostly done away from an office – even in post-Circuit Breaker's Phase 2 period. How can creators such as videographers, illustrators and game designers continue their work effectively without their powerful workstations? While mobile alternatives are available, they are usually bulky, heavy, or worse underpowered.

How so, you asked? Read on.

It will not look out of place at work, home, or a Starbucks cafe

In the past, professional creatives had to choose between large workstations or bulky gaming devices to get the power they require for work and play. With the HP ZBook Create G7, that need not be so.

In designing the ZBook Create G7, HP sought out the best ways to produce a high-performance platform that can achieve the holy grail of delivering high-performance capabilities, while being compact and lightweight. The finished result is the world's smallest 15-inch mobile workstation that is built for both fun and play in a small, light form factor that does not sacrifice durability. Critical to this is how HP made its new mobile powerhouse easy to bring about and yet can withstand some roughs and tumbles. This is due to its unibody chassis being made from machined aluminium and, as part of the company's ongoing environmental sustainability efforts, ocean-bound plastics too.

Both toughened metal and recycled plastics, which has five times more abrasion resistance than painted carbon fibre, are fused to create the ZBook Create G7's sleek and stylish aesthetics. Better yet, the notebook is compliant to MIL-STD 810G, a military-standard testing procedure and certification that recognises this notebook as one of the hardier mobile workstations to take out of your home or office.

It is quite a beastly machine, too The ZBook Create G7, with its svelte-looking chassis and even smaller footprint, is not all just looks without substance. There is some serious firepower inside – uncommon on modern notebooks of this class type – including the latest Intel 10th-gen Core i9 eight-core processor, an NVIDIA GeForce RTX 2080 Max-Q Super GPU, a whopping 32GB DDR4 RAM with up to 4TB PCIe SSD storage configuration. In short, the ZBook Create G7 will likely outmuscle whatever prosumer-level system you are currently using to process heavy graphics rendering, edit raw 4K videos, or multi-frame visual processing.

But all this power also means the ZBook Create G7 must come with exceptional cooling capabilities. To ensure its heat output is manageable during heavy workloads or intense gaming sessions, the notebook features HP's gaming-class VaporForce Thermal platform. Taking its inspiration from the company's line of PC gaming systems, the cooling system on the ZBook Create, which features a large vapour cooling chamber and dual 3-sided liquid-crystal polymer fan system, pulls heat from the CPU and GPU and redistributes it into the cooler areas of the notebook. 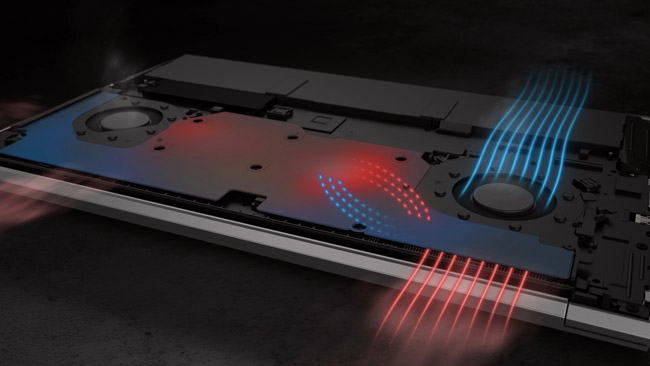 This new VaporForce Thermal heat-cooling system, and HP's Z Predictive Fan Algorithm, coupled with the Z Power Slider, allows you to choose the cooling requirements for their workload – be it for a 3D rendering work or a round of Call of Duty. And should you need to stay out all day and have no access to a power socket, HP also promises up to an incredible 17-hours of battery use with the ZBook Create G7 (depending on the usage, of course). The ZBook Create G7 also brings the first HP DreamColor technology wrapped in a near borderless screen, so if you are a visual effects artist, animators and or colourist, you can now accurately represent your content on-screen from anywhere, thanks to its ability to display a billion colours of shades/gradients with 100% sRGB and Adobe RGB colour profile support. Furthermore, this DreamColor's screen has a built-in colourimeter for automatic self-calibration to consistently maintain the colour accuracy anytime, anywhere.

Now that's some pro-grade capabilities in a nice package.

Who said a workstation cannot be fun?

The ZBook Create G7 is not just about work, of course. With the onboard gaming-grade NVIDIA GeForce RTX 2080 Max-Q graphics processor, the notebook makes Jack a fun boy too. Shut down your Adobe Premiere and jump into a few rounds of Call of Duty multiplayer matches, or even the latest shooter Valorant from Riot Games. The ZBook Create G7 is built not only to handle your workload efficiently but also to ensure you are never at a disadvantage at gaming. 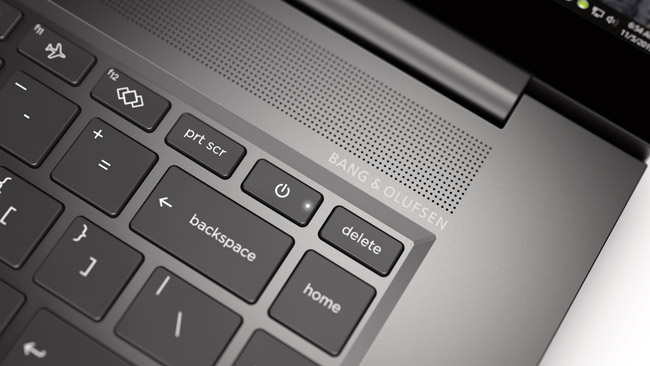 Furthermore, its built-in Bang & Olufsen audio system is custom-tuned to produce a crispy clear sound stage and roll-off bass output that registers in the 150Hz range. This not only promises better audio delivery depth for games and movies (for your Netflix and Viu fixes), it is also able to create that 'punchy' feeling that is usually associated with a 2.1-channel sound system. If anything, the ZBook Create G7 is more than just a workstation – it is the workstation that epitomises a healthy work-life balance.

The HP ZBook Create G7 will be available from August 2020 onwards, and you can head over here for more information - www8.hp.com/sg/en/workstations/zbook-create.