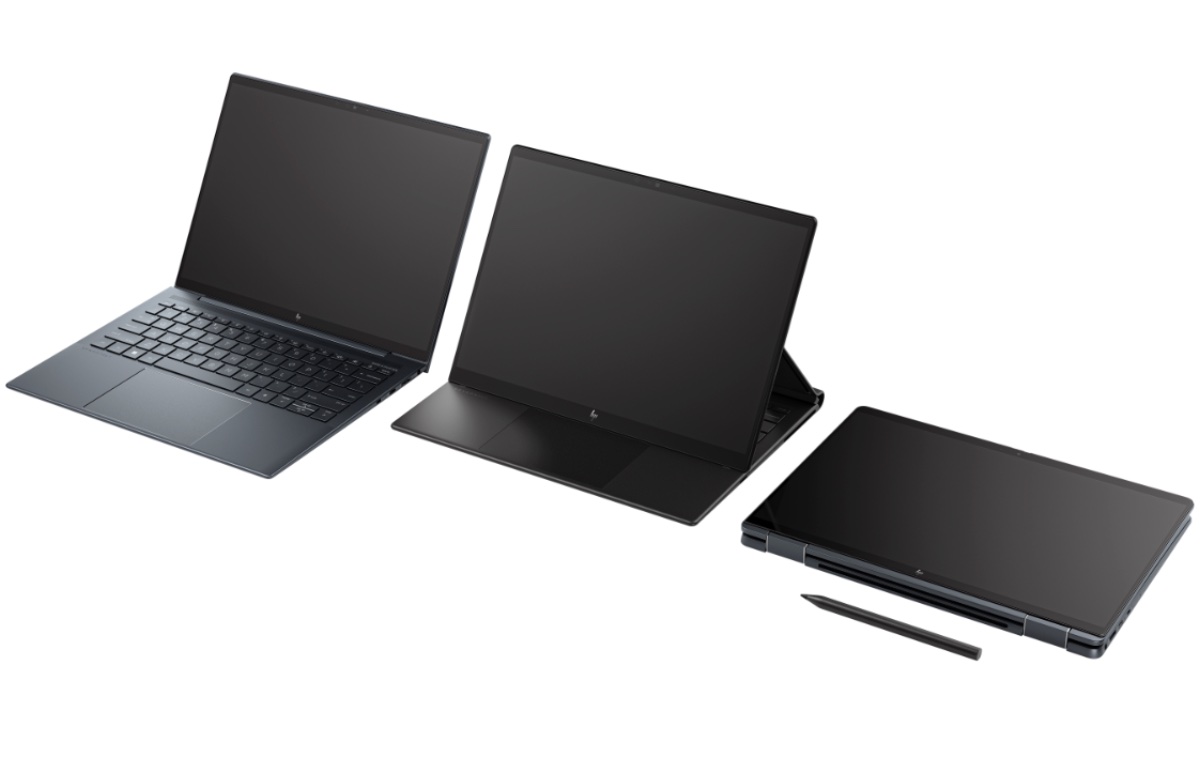 Hybrid workers in Singapore got two new alternatives from HP with the launch of the HP Envy x360 13 and the Elite Dragonfly Folio G3. HP says that the new devices give professionals the right tools for the ultimate work experience. 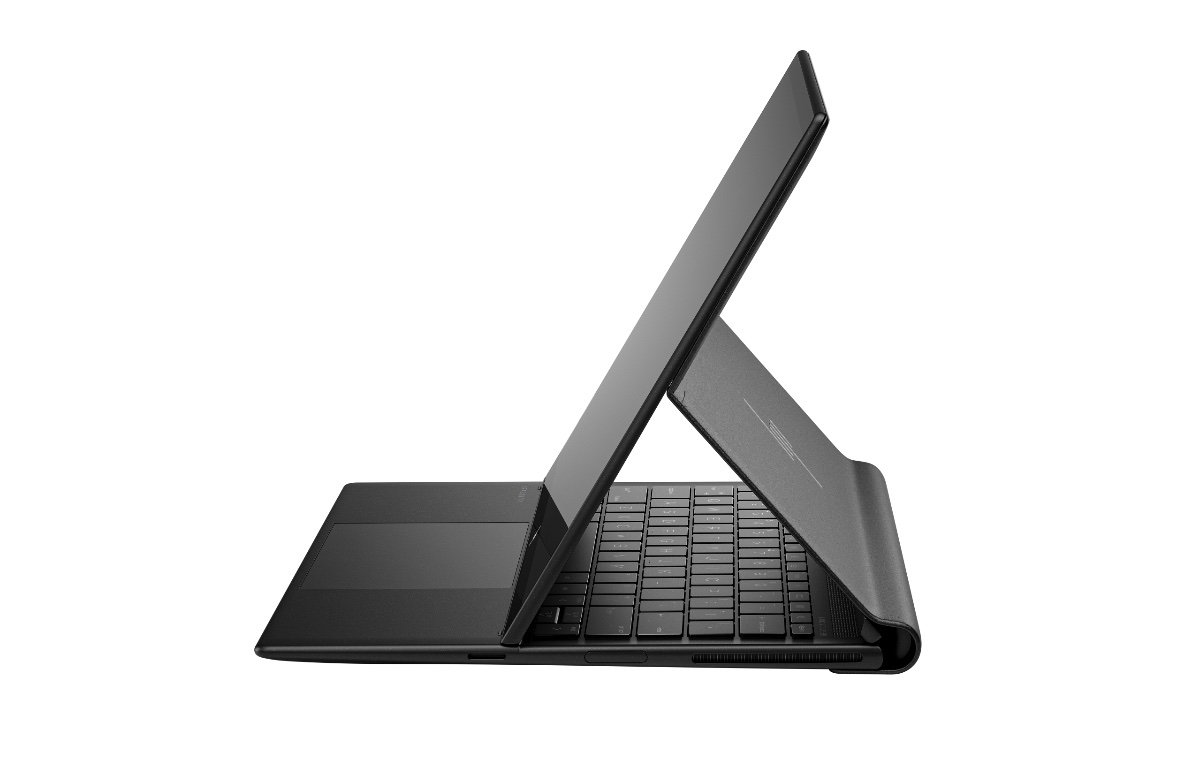 Like the HP Spectre Folio of old, the new Elite Dragonfly Folio G3 follows its predecessor's form factor and design but comes with new bells and whistles for collaboration in the hybrid workplace. For a little recap, the Elite Dragonfly is HP's premier business-class laptop that is focused on portability, power, being lightweight and yet feeling both professional and classy. From its humble beginnings, the Elite Dragonfly is now available in more variants, like the Folio G3 launched today.

Covered with a polyurethane faux leather cover, unlike other convertible devices, the HP Elite Dragonfly Folio G3’s has a pull-forward design that allows users to use the device in three different work orientations by pulling down the screen while in a laptop configuration and resting it on the keyboard or placing it flat to be a tablet. I liked the feel of the faux leather, but I do wonder how long it would last in Singapore's humidity.

It comes powered by Intel’s 12th Gen core i5 or i7 vPro processors, up to 32GB of RAM, and has up to 1TB of storage. Reports have the 3:2 aspect ratio, 13.5-inch display, powered by Intel’s Iris Xe graphics, and will come in three variants with brightness levels at 400nits or 1,000 nits. There's also a new thermal solution that helps optimise the PC’s performance without significant added weight to the 1.4kg device. 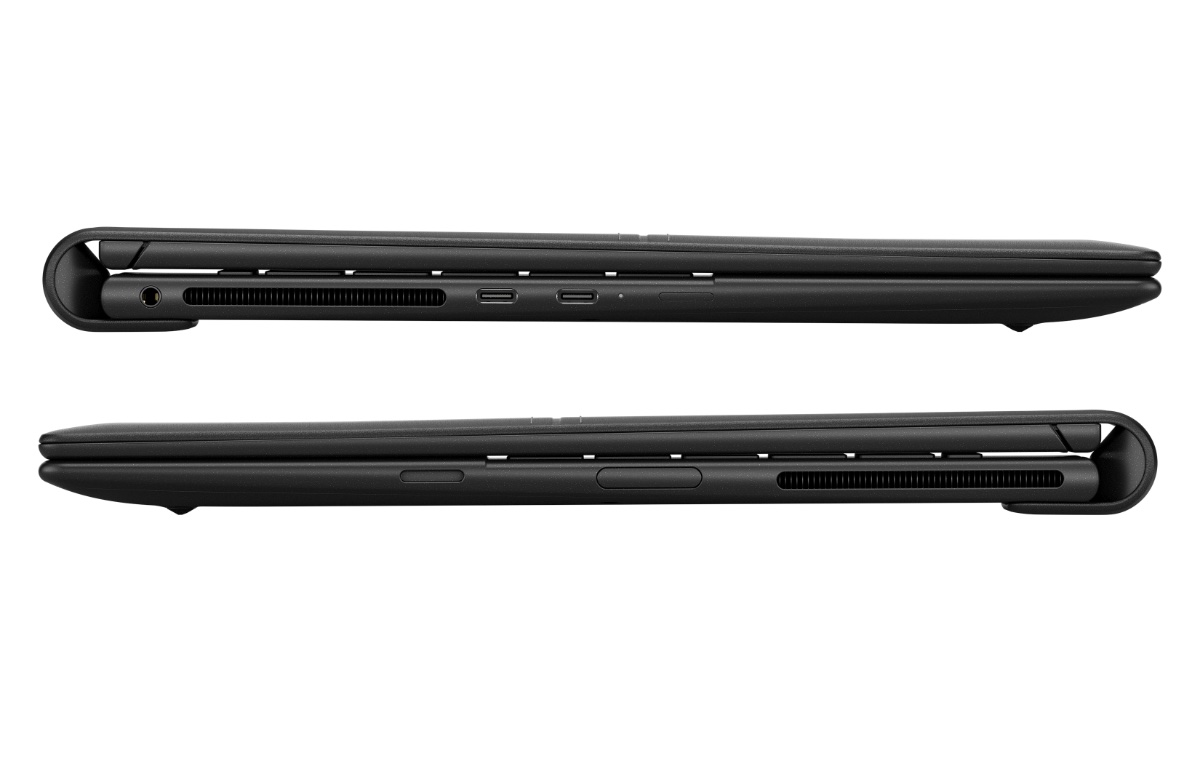 For work use, the Elite Dragonfly Folio G3 has an 8MP camera in the top bezel, four speakers, top edge mics, and HP Auto Frame (similar to Apple’s Center Stage) and Dynamic Voice Leveling. HP Wolf Security for Business provides protection against malware and hacking, while HP Privacy Alert lets users know if there are prying eyes viewing their screen so they can blur the screen from unwanted viewers if they’ve chosen to include HP Sure View. 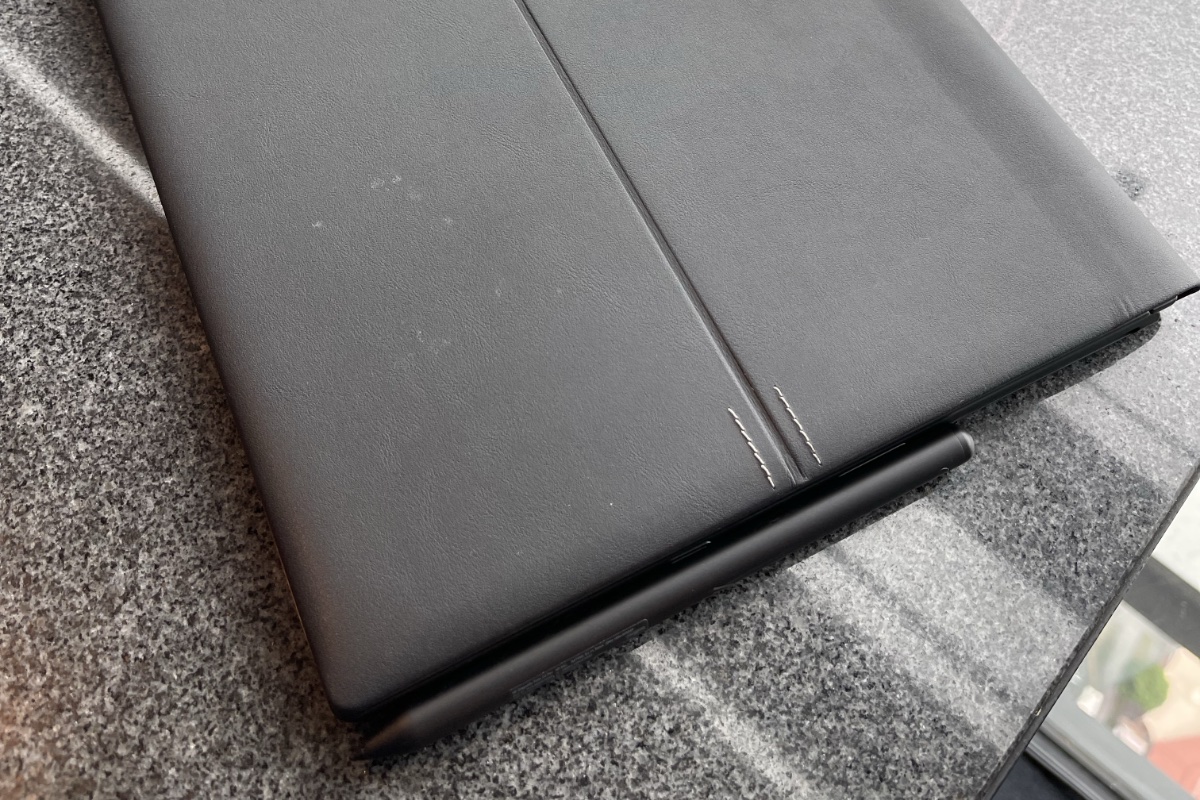 It supports a digital pen that can be held in place magnetically on the side of the device when not in use. 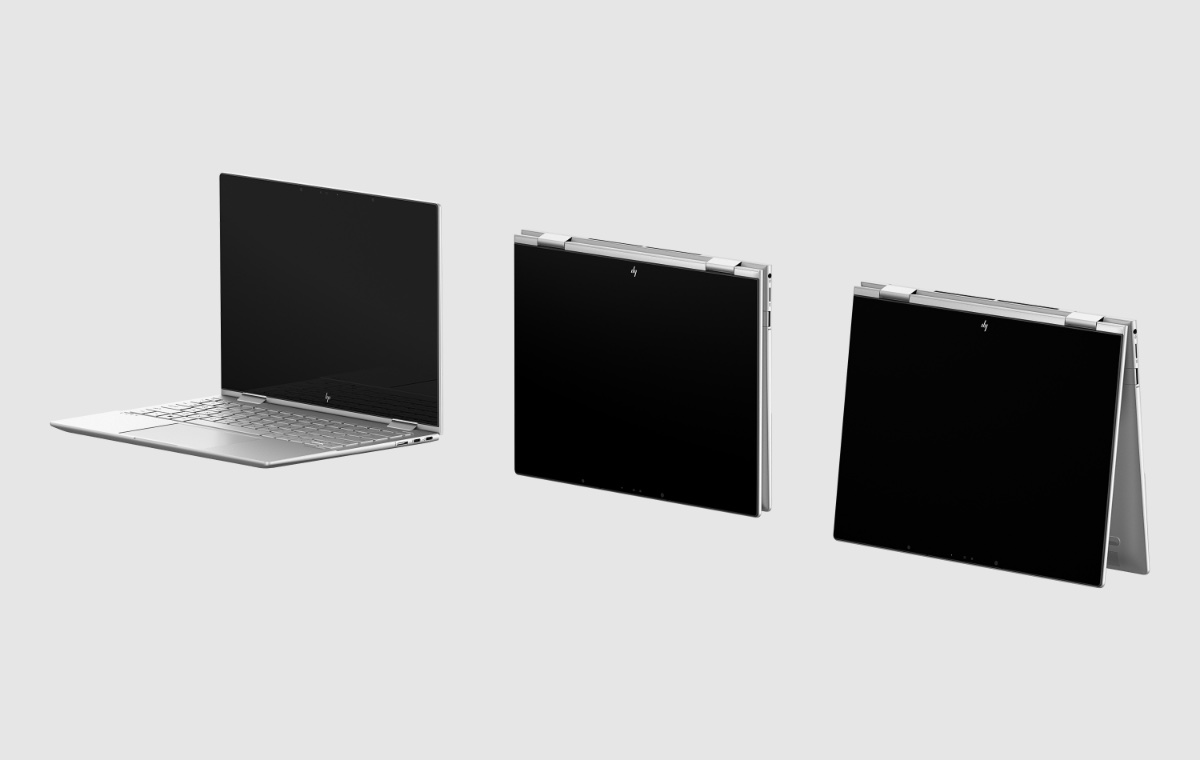 Unlike the HP Elite Dragonfly Folio G3, the HP Envy x360 13 is a traditional convertible laptop that folds the screen over itself to become a tablet. 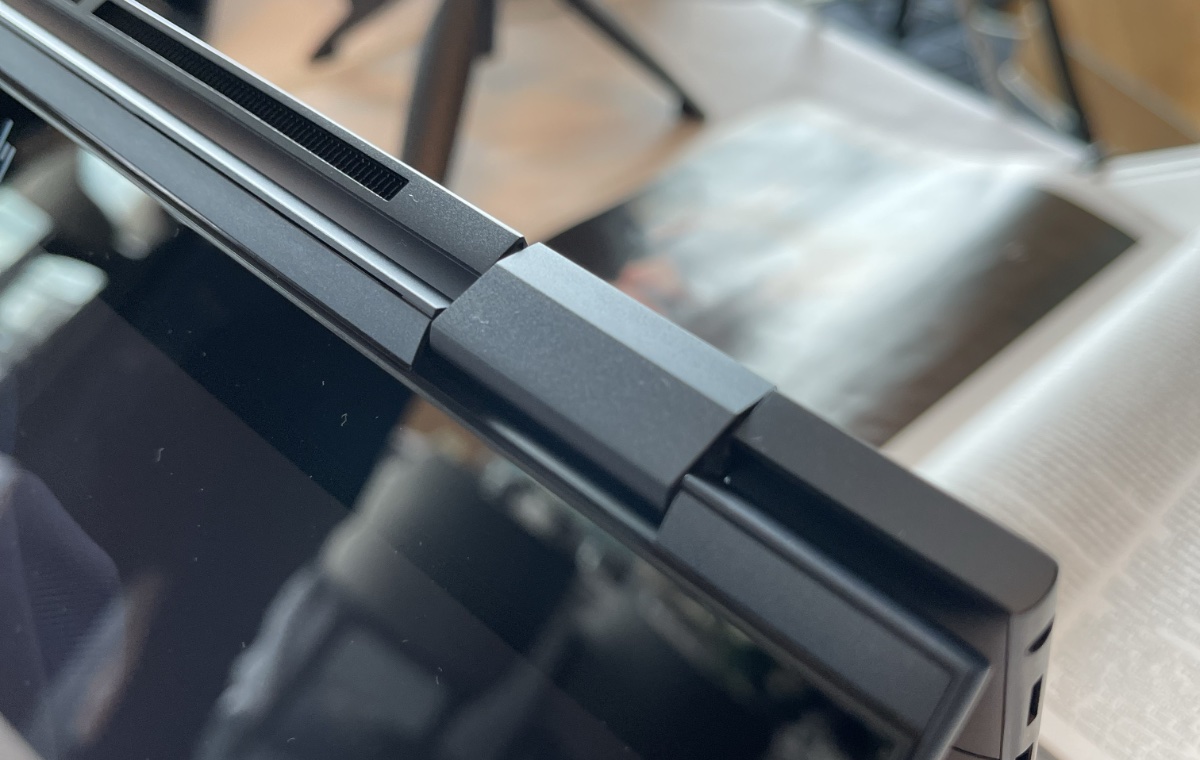 Powered by a 12th Generation Intel Core i5-1230U processor, 16GB of RAM, and a 512GB SSD for storage, and designed based on Intel’s Evo platform, the 13-inch touchscreen of the HP Envy x360 13 has up to a 4K OLED display, but from what we’ve seen online, Singapore will only be getting a WUXGA (1,920 x 1,200) display with 400nits of brightness and powered by Intel Iris Xe graphics. 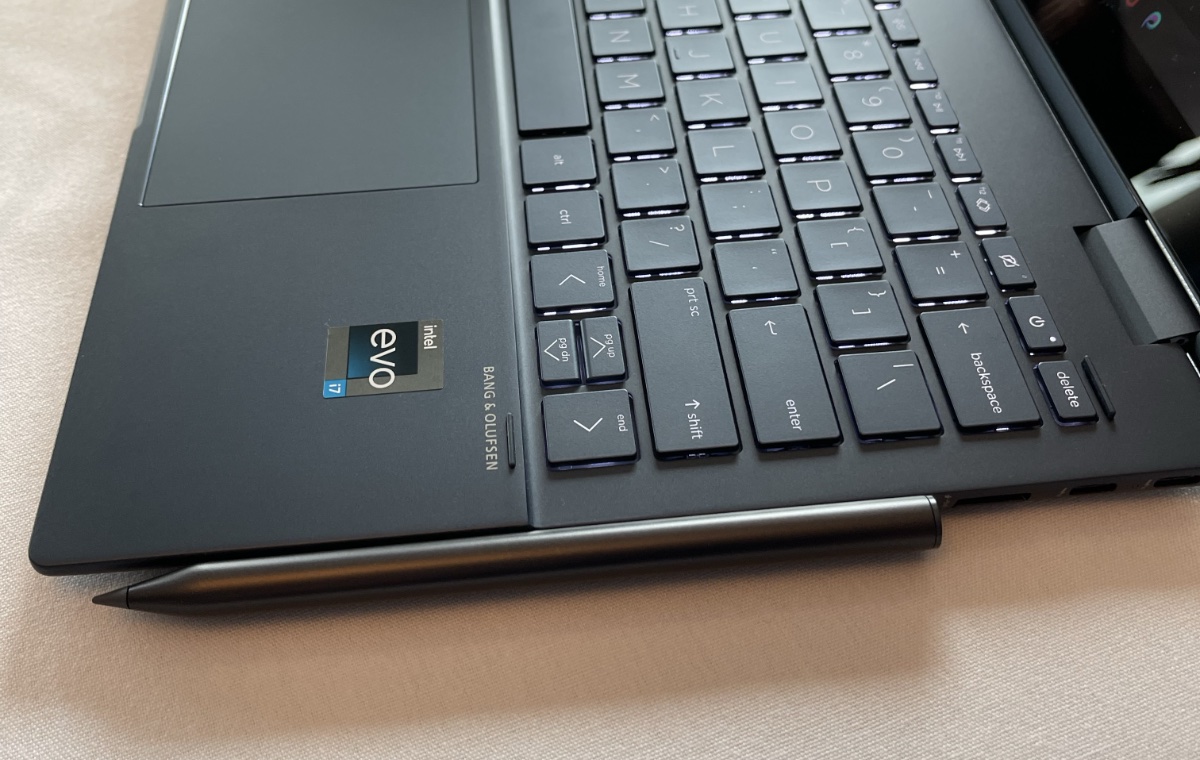 It also supports a digital pen allowing users to sketch, write, and navigate the device as an additional input source. 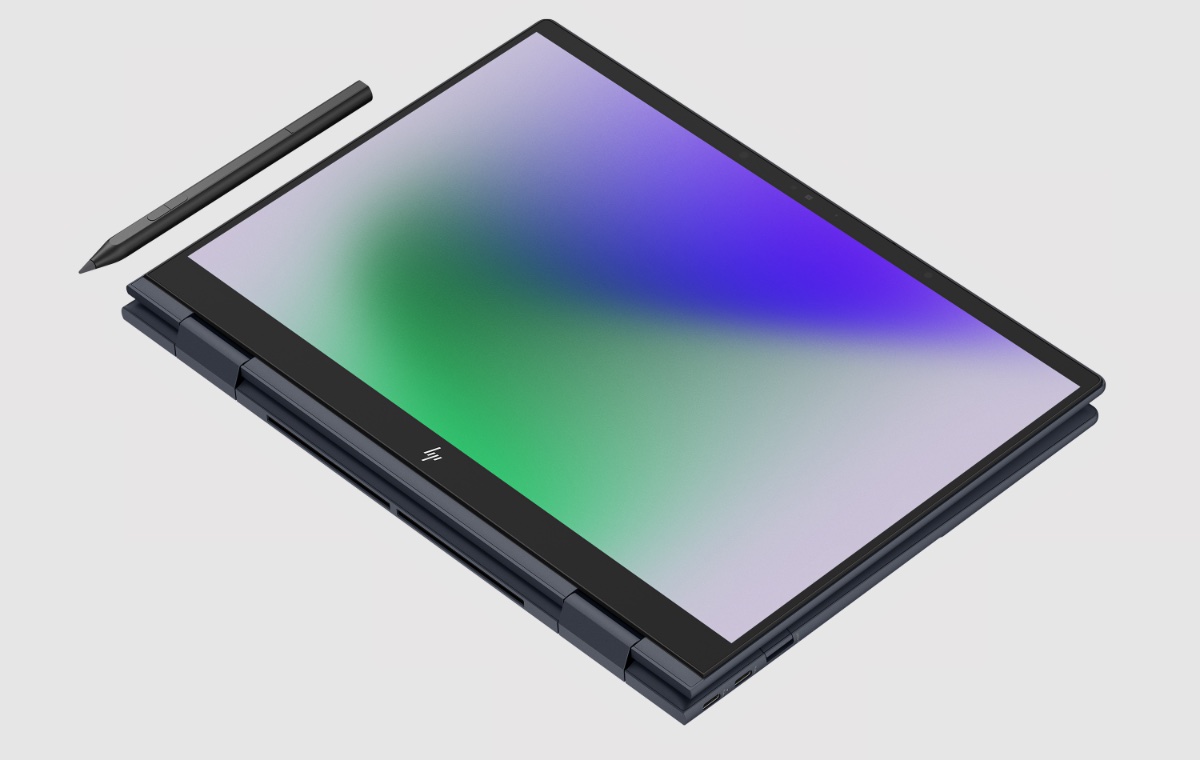 When used for work, it comes with software similar to those on Apple and Huawei devices so users can connect to another device for more creative options using Duet for HP and then share anything to any device seamlessly, wirelessly with HP QuickDrop.

The 5MP camera has Backlight Adjustment to autocorrect video images in any environment where you may be taking a call, and sound quality is excellent thanks to the custom-tuned speakers from the experts at Bang & Olufsen. 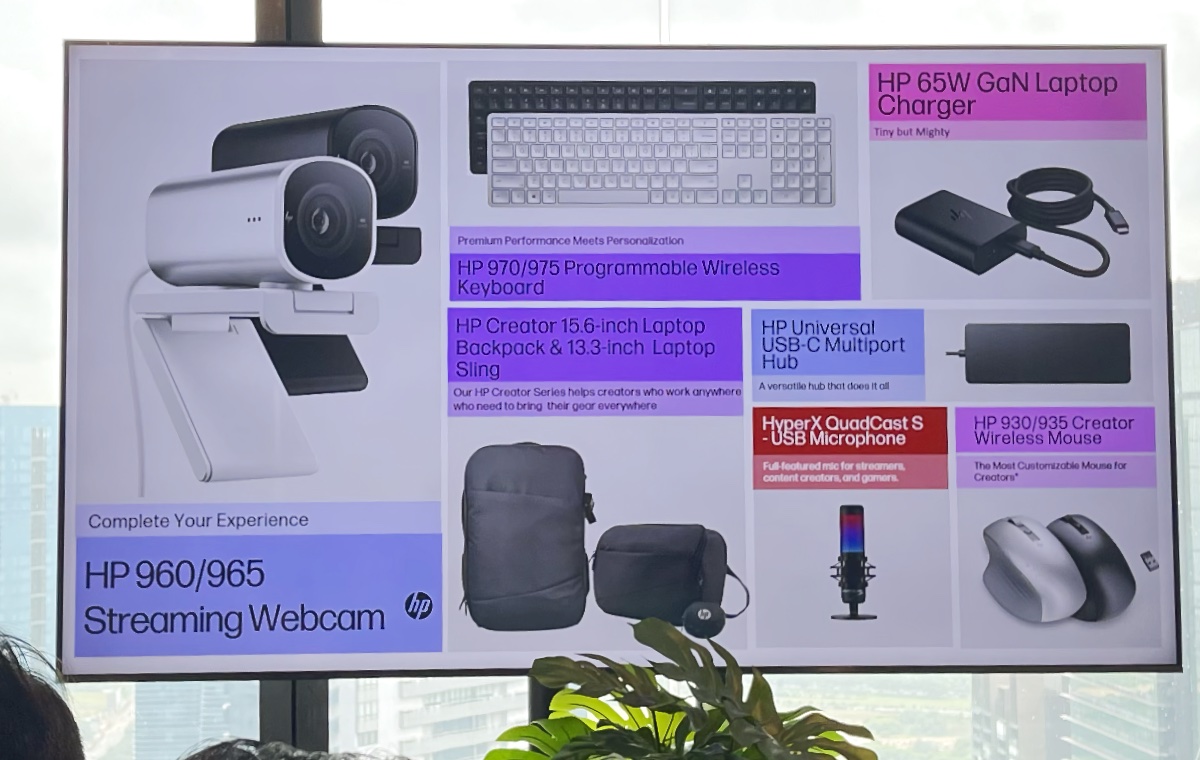 HP is also releasing a number of updated accessories for the modern environment along with the new devices. With things like a laptop bag, webcams, USB mic, wireless mice, and even a GAN charger, it looks like HP is seriously branching out into this arena with bonafide add-ons.

HP says that the HP Elite Dragonfly Folio G3 will soon be available via HP.com for S$4,049. We will update this article when we receive any dates for availability. The HP Envy x360 13 Laptop is now available from HP.com and Challenger retail stores from S$1,899.

Join HWZ's Telegram channel here and catch all the latest tech news!
Our articles may contain affiliate links. If you buy through these links, we may earn a small commission.
Previous Story
Casio is celebrating the 40th anniversary of the G-Shock with the Flare Red series
Next Story
Foxconn confirms Covid-19 outbreak in its largest iPhone factory