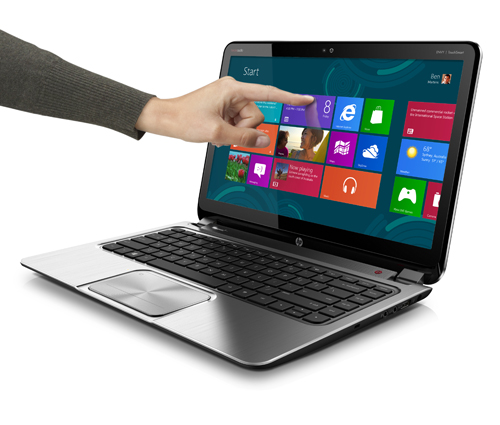 The October 26th launch of Windows 8 is fast approaching, and one of its biggest features is undoubtedly its touch-friendly user interface. To take advantage of this, HP has announced two Ultrabooks designed with the new operating system in mind. Say hello to the aluminium clad, 14-inch HP Envy Touchsmart Ultrabook 4, which is essentially the HP Envy 4 fitted with a touchscreen. It is 23mm-thin, weighs about 2.16kg, and comes with all the latest Intel technologies you've come to expect from Intel-based Ultrabooks. The Envy Touchsmart Ultrabook 4 will also carry Beats Audio as well as a subwoofer, much like the Envy 4. There aren't any further details regarding its CPU, GPU, or HDD it comes with. But if the Envy 4 is of any indication, then the HP Envy Touchsmart Ultrabook 4 should give you the option for discrete graphics. 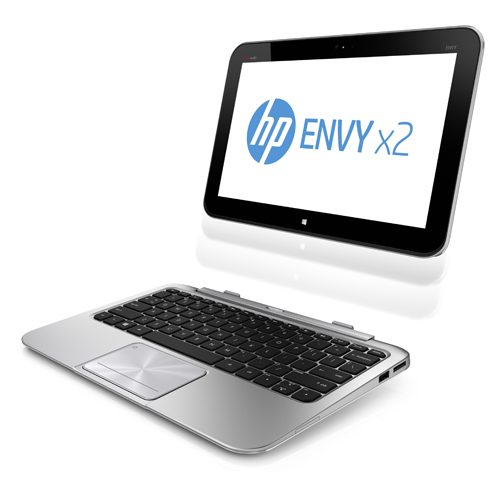 The HP Envy x2 is where things get somewhat interesting. As the upcoming Windows 8 OS is designed for touchscreen tablets in mind, many manufacturers have chosen the convertible tablet route for their new notebooks. The x2 is no different. Weighing at 710 grams, it features an 11.6-inch screen with a resolution of  1366 by 768 pixels, and comes with a keyboard dock. It attaches to the tablet via a magnetic latch, which brings the total weight of the Envy x2 to 1.4kg. That's relatively heavy for an 11-inch Ultrabook, but it is acceptable when you consider that it can be taken apart.

Like the Envy TouchSmart Ultrabook 4, the x2 features Beats Audio as well. Other perks include NFC capabilities, plus a front and rear 8-megapixel camera. The stylus is optional. Other hardware specifications include 2GB of RAM and a 64GB SSD, which are pretty respectable specs for a Windows RT-based ARM device. As things stand, the x2's CPU type is still unknown, but we'll keep you up to speed once we find out.

Join HWZ's Telegram channel here and catch all the latest tech news!
Our articles may contain affiliate links. If you buy through these links, we may earn a small commission.
Previous Story
ASUS Launches Zenbook Prime UX31A and UX32VD at Comex 2012
Next Story
Toshiba Presents 10.1-inch and 7.7-inch Android-powered Regza Tablets